-The Boy Scouts of America won pivotal support from a committee representing sexual abuse victims for a $2.7 billion settlement of their claims against the youth organization as it seeks to emerge from bankruptcy, according to a court filing on Thursday.

Ahead of a Feb. 22 hearing before a U.S. bankruptcy judge in Delaware, the official committee representing victims in the Boy Scouts’ Chapter 11 case agreed to drop its long-standing objections to the settlement in exchange for new terms that include enhanced child-protection measures for scouts.

More than 82,000 abuse claims have been filed against the Boy Scouts, which has called the deal the largest sexual abuse settlement in history. The Boy Scouts, founded in 1910, has apologized for the abuse and committed itself to equitably compensate people who were abused as children.

“We offer our heartfelt thanks to the (committee) and all supporting parties whose perseverance and significant time commitment to mediation was instrumental in the formation of this agreement,” the Boy Scouts said in a statement.

In a vote tally https://www.reuters.com/legal/government/latest-vote-tally-boy-scouts-27-bln-abuse-settlement-falls-short-goal-2022-01-18/#:~:text= %20-%20The%20Boy%20Scouts,it%20to%20emerge%20from%20bankruptcy announced in January, 73.57% of claimants supported the settlement plan, short of the 75% threshold the organization had been seeking. The Boy Scouts organization has been working to bring in more support in recent weeks. The official committee is now urging abuse claimants who voted against the settlement to change their votes to support it.

While the assent of two-thirds of creditors is all that is typically required for a Chapter 11 plan, judges often look for “overwhelming” creditor support in large, complex Chapter 11 cases before signing off on them.

‘SEAT AT THE TABLE’

Under the deal, the Boy Scouts would establish a $2.7 billion trust to compensate men who have said they were sexually abused as children by troop leaders. The new settlement terms include enhanced child-protection procedures and greater oversight by the official committee of the victim compensation process.

“For the first time in the history of the BSA, survivors have a seat at the table to make sure that child safety is BSA’s first priority,” committee co-chair Doug Kennedy said in a statement, using the youth organization’s initials.

Though the large groups representing victims are now in support of the deal, some individuals remain opposed. Additionally, the federal government’s bankruptcy watchdog, as well as a group of Catholic churches that chartered Scouting activities and units, have filed objections to the proposal.

The new deal allows claimants with especially severe cases to select a process through which they could receive additional compensation down the road.

“Many of these men are in their 70s and 80s, so we’re making sure the process happens quickly, efficiently, economically and appropriately for them,” said Anne Andrews, a lawyer for a coalition that represents tens of thousands of survivors.

The Boy Scouts filed for bankruptcy in 2020 after being hit by a flood of sexual abuse lawsuits when several U.S. states passed laws letting accusers sue over allegations dating back several decades. Those claimants are now creditors of the organization, so they must sign off on any plans to restructure and exit bankruptcy.

The money for the trust is coming from the Boy Scouts, local councils, insurers https://www.reuters.com/markets/us/boy-scouts-secure-800-million-chubb-insurer-sex-abuse-settlements-2021-12-14/#:~:text=Dec%2013%20 %20-%20One,as%20children%20by%20troop%20leaders and organizations that have chartered Scouting units and activities, including churches.

During the bankruptcy, some victims and plaintiffs’ attorneys have said that the average payout per person under the deal would be far lower than other sex abuse cases, like that of USA Gymnastics.

The amount of money each of the survivors would receive depends on the severity of the alleged abuse, as well as when and where it occurred, among other factors. They could receive as little as $3,500 or up to $2.7 million for the most severe cases, according to court papers.

(Reporting by Shivani Tanna in Bengaluru and Maria Chutchian in New York, Editing by Will Dunham, Sherry Jacob-Phillips, Alexia Garamfalvi and Kevin Liffey) 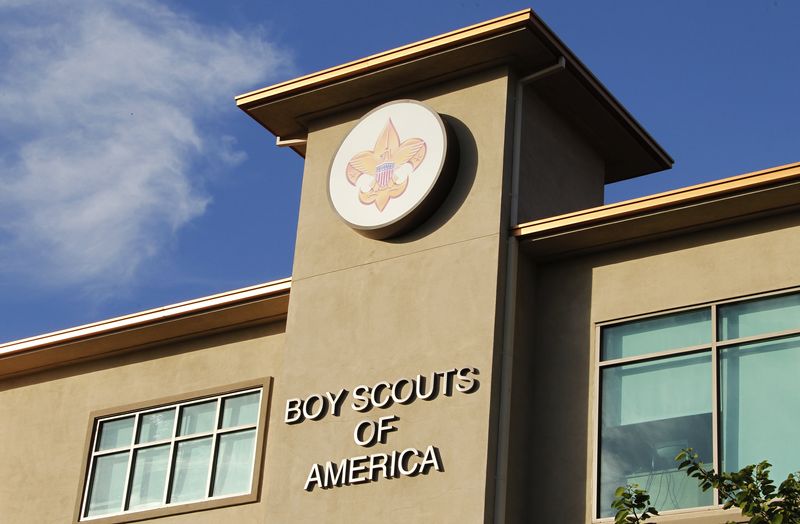