BRUSSELS – Euro zone economic growth will be slower than earlier expected this year because of a new wave of COVID-19 infections, high energy prices and continued supply-side disruptions, while inflation will be much higher, the European Commission said.

In its regular economic forecasts, the EU executive arm said gross domestic product in the 19 countries sharing the euro would grow 4.0% this year and 2.7% in 2023.

The Commission expects inflation this year will be 3.5%, well above the European Central Bank’s target of 2.0%, and much higher than its own forecast from November of 2.2%. This is also a more pessimistic forecast than that of the ECB from December, when the bank projected inflation at 3.2% this year.

Worried by the longer than earlier expected surge in consumer prices, the ECB has taken a hawkish turn and started preparing markets for the end of its unconventional stimulus with some hawkish board members calling for a rate hike already this year.

But the Commission, like the IMF, forecast inflation would slow again next year to 1.7%, below the ECB’s target, so a potential rate rise would come just as price growth slows again. The ECB’s own inflation in December was 1.8% for 2023.

“Price pressures are likely to remain strong until the summer, after which inflation is projected to decline as growth in energy prices moderates and supply bottlenecks ease. However, uncertainty and risks remain high,” Gentiloni said.


The Commission said risks to the growth outlook were even as the COVID-19 infection wave could have a longer lasting impact and bring fresh disruptions to supply chains, but also household consumption could grow more strongly and investment, thanks to the EU recovery fund, could generate stronger activity.

Inflation could turn out higher if more cost pressures are passed on from producers to consumers and if that boosts the likelihood of wage growth to compensate.

“Risks to the growth and inflation outlook are aggravated by geopolitical tensions in Eastern Europe,” the Commission said referring to the risk of Russian military aggression against Ukraine. 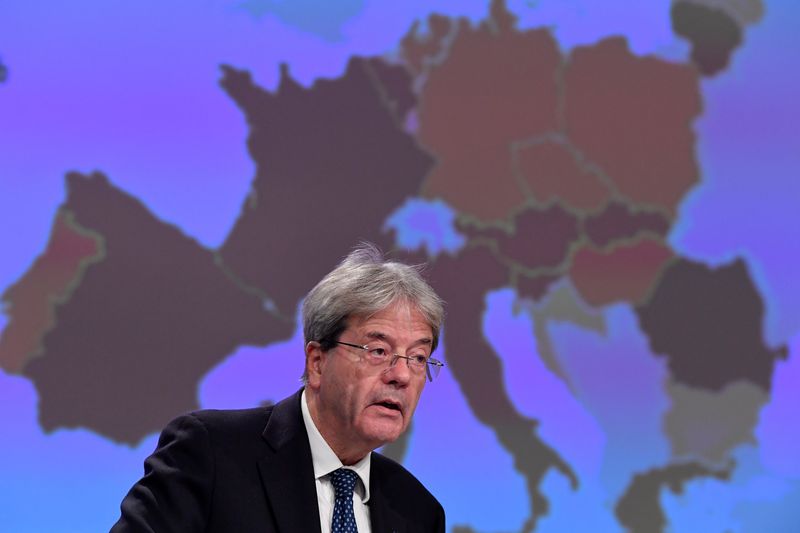