BELLINZONA, Switzerland – A former Credit Suisse employee testified on Thursday that she kept the bank’s management fully informed of outflows from Bulgarian customers’ accounts after authorities in Sofia asked Switzerland for judicial assistance.

In the first criminal trial of a major bank in Switzerland, Credit Suisse and the former employee face charges of allowing an alleged Bulgarian cocaine trafficking gang to launder millions of euros, some of it stuffed into suitcases.

The former employee, who cannot be named under Swiss privacy laws, denies wrongdoing. Credit Suisse has rejected all the allegations and said it is convinced its former employee is innocent, and that it plans to “defend itself vigorously”.

Swiss prosecutors allege that Credit Suisse and the former relationship manager did too little to prevent the alleged drug traffickers hiding and laundering cash between 2004 and 2008, despite indications that the funds could be of criminal origin.

The indictment runs to more than 500 pages, and centres on relationships that Credit Suisse, Switzerland’s second-largest bank, and its ex-employee had with former Bulgarian wrestler Evelin Banev and several of his associates.

“I was informing, I was so stressed with the situation, I was so afraid of making a mistake just because I am not experienced, I was not competent. So that I was going on reporting, reporting, maybe even more than necessary,” the former employee told the Federal Criminal Court in Bellinzona on Thursday, speaking in English.

Prosecutors allege that the defendant, who left Credit Suisse in 2010, helped to launder dirty money by carrying out more than 146 million Swiss francs in transactions.

Documents at the trial showed that she had informed a designated Credit Suisse legal official of transactions after the Swiss attorney general in June 2007 informed the bank about Bulgaria’s probe into five people with accounts alleged to hold illicit funds derived from drug trafficking.

“There was a procedure in place,” she said, adding that she had to notify the bank’s legal department of any flow of funds.

“I repeat again. I kept informing of every single step, the line managers, kept them informed of everything going on.”

Regarding transfers from the accounts of the Bulgarians involved in the case, she said: “I was not in a position to authorise payments above 200,000 (Swiss francs). Never. Even if wanted, I could not.”

After the prosecution finished questioning her, she became visibly upset, calling the charges against her a “scandal”.

“All this, what has been discussed this morning, have been in front of them for 13 years of my life,” she said, before requesting a break to calm herself.

Banev does not face charges in Switzerland but was convicted in Italy of drug trafficking in 2017, and then in Bulgaria in 2018, for money laundering. Two of his associates are charged in the Swiss case.

Banev was arrested in September in Ukraine as countries including Bulgaria and Romania sought his arrest.


In Sofia, his attorney said Banev denied any involvement in money laundering through Credit Suisse.

Credit Suisse disputes the illegal origin of the money, a source familiar with its thinking has told Reuters, saying the alleged traffickers operated legitimate businesses in construction, leasing and hotels, and that it had performed extensive checks.

The presiding judge has ruled that a 15-year statute of limitations for aggravated money laundering means only events that occurred after Feb. 7, 2007, may be considered in the case.

Switzerland had a staunch culture of bank secrecy before a U.S.-led crackdown began eroding its protection of foreign clients’ information in 2008.

Swiss private banks have had to change their business models since the introduction of new rules aimed at ensuring that offshore accounts are known to authorities in the country where the account-holder pays tax.

At the time of the alleged offences, however, while there were rules requiring anti-money laundering checks, it was common practice for wealthy clients to bring money into Switzerland that was not declared to authorities, the former employee said – an opinion shared by Credit Suisse, according to a source familiar with its thinking.

(Reporting and writing by Stephanie Nebehay in Bellinzona; additional reporting by Brenna Hughes Neghaiwi in Zurich and by Tsvetelia Tsolova in Sofia; editing by Michael Shields and Kevin Liffey) 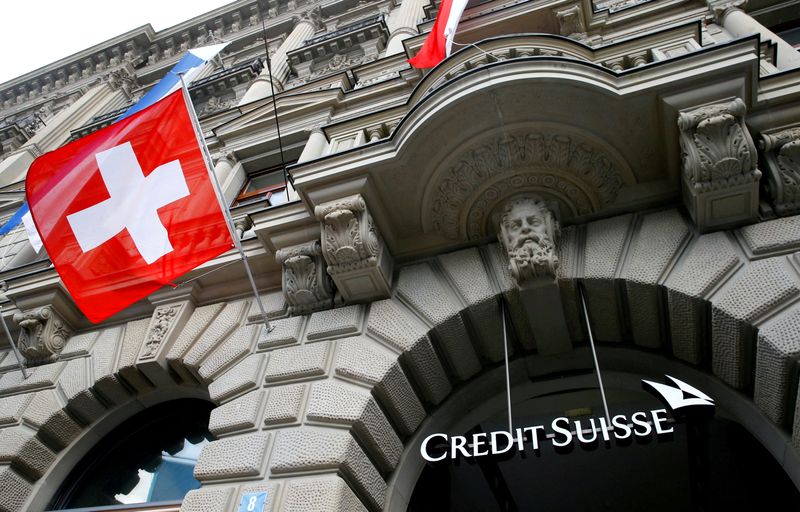