WASHINGTON – A former National Guard member who served in Iraq on Thursday received a six-month prison sentence for punching two police officers during the Jan. 6, 2021, assault on the U.S. Capitol.

U.S. District Judge Amy Berman Jackson in the District of Columbia imposed the punishment on Mark Leffingwell of Seattle, who pleaded guilty to a felony assault charge.

Prosecutors had asked Jackson to sentence Leffingwell, 52, to a much longer sentence of 27 months in prison. But the judge said she was imposing a lighter sentence, citing factors including Leffingwell’s remorse and lack of criminal history.

Jackson is one of several federal judges in the District of Columbia who have sharply criticized the Jan. 6 riot, calling it “the definition of tyranny” during Thursday’s court hearing.

“It is not legitimate political discourse to descend on the nation’s Capitol on behalf of a disappointed former president and disrupt the electoral process,” Jackson said, an apparent reference to a Republican Party resolution https://www.reuters.com/world/us/loyal-trump-republican-party-moves-censure-us-reps-cheney-kinzinger-2022-02-04 that used the term to criticize the congressional investigation into the Jan. 6 attack.

“I’m embarrassed and ashamed of myself,” Leffingwell said during the hearing. “I wish I could go back and make it not happen.”

The Justice Department said last month that more than 225 people have been charged with assaulting, resisting, or impeding officers or government employees during the Jan. 6 attack.

Four officers died by suicide in the aftermath of the attack. 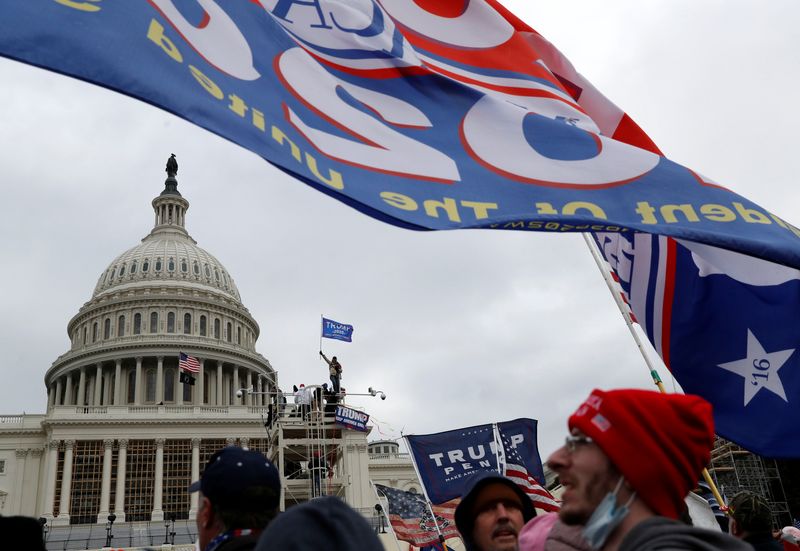