PARIS -Societe Generale struck a confident note for 2022 on Thursday after the French bank’s profit hit 1.79 billion euros ($2.05 billion) in the fourth quarter on lower pandemic-related charges and a retail banking and equity trading rebound.

“The group is entering 2022 with confidence,” Chief Executive Frederic Oudea said in a statement, adding that 2021’s earnings were the “best financial results” in SocGen’s history.

“CIB (corporate and investment banking) turnaround is on track and French retail top line is also surprising positively,” analysts at JP Morgan said in a note.

The bank’s quarterly net income jumped to 1.79 billion euros ($2.05 billion) from 470 million euros a year ago, with a cost of risk, reflecting provisions against bad loans, down by 87.5%.

SocGen expects the cost of risk in 2022 to be below 30 basis points (bps), which compares with 13 bps in 2021 and 64 bps in 2020 when the worst of the coronavirus crisis and lockdowns prompted banks to set aside huge amounts of money to deal with loans that could turn sour.

SocGen and Dutch rival ING said last week they were discussing the possibility of serving ING’s online banking customers in France via SocGen’s Boursorama, after ING’s decision to quit the French market.

SocGen has streamlined operations in recent years to boost returns and financial solvency, notably with the sale of businesses in Central and Eastern Europe and by refocusing its corporate and investment banking.

The bank also planned to cut 3,700 jobs between 2023 and 2025 as it merges its two French retail banking networks. 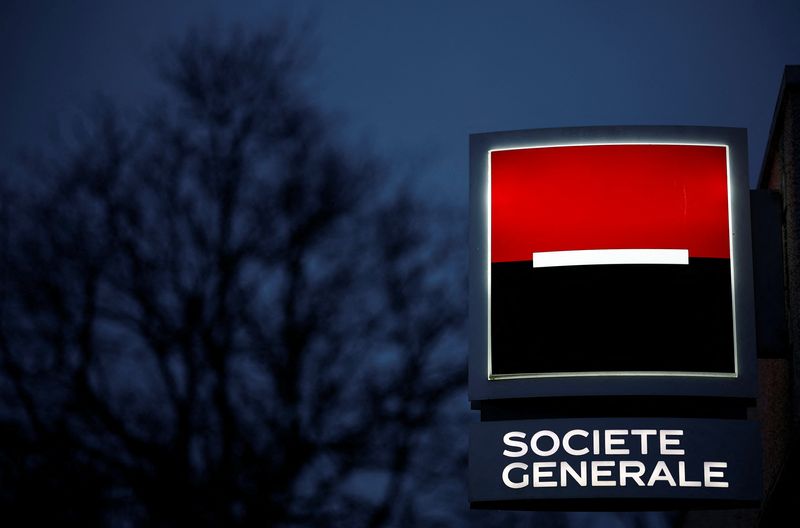