NEW YORK – Investors were bracing for more market volatility after a sharper-than-expected rise in consumer prices ramped up expectations for how aggressively the Federal Reserve will need to move as it fights to tame soaring inflation.

The prospect of a more hawkish Fed has been the main theme for markets this year, sending U.S. yields higher and stocks lower. The yield on the 10-year Treasury yield has now moved up some 50 basis points in 2022 alone as it hit 2% on Thursday, its highest in two-and-a-half years.

Thursday’s data, which showed U.S. consumer price index beating economists’ expectation to notch their biggest year-on-year increase since February 1982, may force investors to further recalibrate their portfolios to account for a Fed that will be more aggressive than expected.

“Everyone knew that the inflation data was going to be hot. That’s not a surprise,” said Jamie Cox, managing partner at Harris Financial Group in Richmond, Virginia. “But the clues that everybody’s looking for is whether or not the data is hot enough to induce the Fed to raise rates quicker.”

Reaction in markets to the consumer price data was swift. As yields shot higher, U.S. equities slumped, led by a drop for the tech-heavy Nasdaq, which is replete with stocks that are particularly pressured by higher yields. By mid-morning, stocks had recovered from initial steeper losses with major indexes trading close to unchanged on the day.

In particular, investors were zeroing in on the Fed’s next policy meeting in mid-March. The central bank has already signaled it will hike interest rates at that meeting, but at issue for investors is whether that increase will be by an even steeper 50 basis points as opposed to 25 basis points.

Federal funds rate futures on Thursday showed a 50% chance that the Fed will raise interest rates by 50 basis points in March, from a 30% chance before the CPI data.

“This number re-emphasizes the sense of urgency for the Fed to act,” said Subadra Rajappa, head of US rates strategy at Societe Generale in New York. “The market is starting to price in a much more aggressive path of rate hikes.”

Following the CPI data, BofA Global Research analysts said they “remain comfortable with our hawkish call” for the Fed to hike seven times this year. “For the Fed, this report provides another wake-up call,” the BofA analysts said in a report. “Inflation is here and it continues to make its presence known everywhere.”

“They have a couple levers to pull to remove accommodation,” Jacobsen said. “The optics around a faster or sooner balance sheet runoff are probably better than a bigger than typical hike.”

After swooning for most of January, stocks had been recovering more recently. The S&P 500 was last down about 4% so far this year, while the Nasdaq is down over 7% in 2022.

Investors will be keen for any more clues about the pace of inflation ahead of the March Fed meeting, including the next monthly U.S. jobs report.

February employment data “could be the key point as to whether the Fed gets more aggressive,” said Peter Cardillo, chief market economist at Spartan Capital Securities in New York. 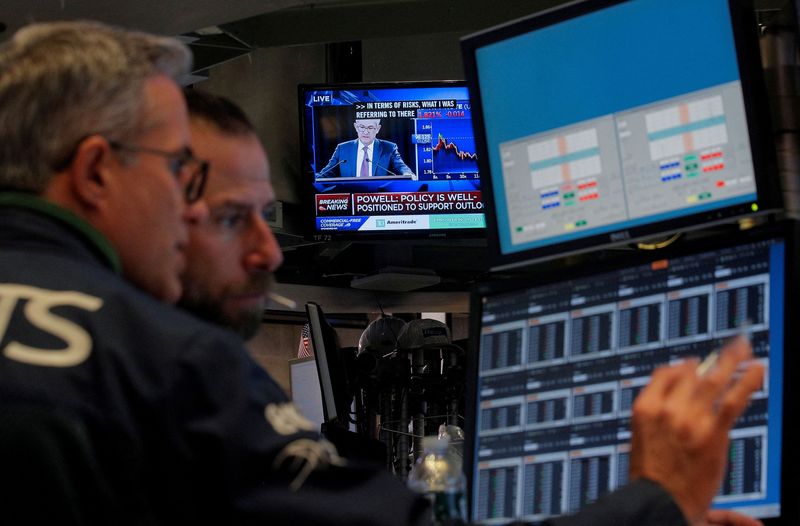