BRUSSELS/MOSCOW -Britain said on Thursday the “most dangerous moment” in the West’s standoff with Moscow appeared imminent, as Russia held military exercises in Belarus and the Black Sea following the buildup of its forces near Ukraine.

Ukraine also staged war games and the United States urged Americans in the country to leave immediately due to increased threats of Russian military action. But leaders on all sides signalled they hoped diplomacy could still prevail in what British Prime Minister Boris Johnson called Europe’s biggest security crisis for decades.

In a new round of talks, Britain’s foreign minister sparred publicly with her Russian counterpart in Moscow, Johnson visited NATO headquarters in Brussels and Germany’s leader met his Baltic states counterparts in Berlin, where officials from Russia, Ukraine, Germany and France were also holding discussions.

Russia, which has more than 100,000 troops near Ukraine’s borders, denies Western accusations it may be planning to invade its former Soviet neighbour, though it says it could take unspecified “military-technical” action unless demands are met.

“I honestly don’t think a decision has yet been taken” by Moscow on whether to attack, Johnson told a news conference with NATO Secretary-General Jens Stoltenberg. “But that doesn’t mean that it is impossible that something absolutely disastrous could happen very soon indeed.”

“This is probably the most dangerous moment, I would say, in the course of the next few days, in what is the biggest security crisis that Europe has faced for decades.”

Stoltenberg also said it was a dangerous moment for European security, adding: “The number of Russian forces is going up. The warning time for a possible attack is going down.”

In a new point of friction, Ukraine criticised Russian naval exercises that it said were part of a “hybrid war” and had made navigation in the Black Sea and Sea of Azov “virtually impossible”.

Nearly nine hours of talks between Ukraine and Russia on Thursday failed to produce a breakthrough on signing a joint document, but both sides agreed to keep talking, the chief of staff to Ukraine’s president said after the talks in Berlin.

Russia said the talks with Ukraine, France and Germany on the conflict in eastern Ukraine fell short of any new agreement, and criticised what it called a lack of clarity in the Ukrainian position.

The U.S. State Department urged Americans in Ukraine to leave immediately due to what it called increased threats of Russian military action.

“American citizens should leave now,” President Joe Biden told NBC News in an interview. “We’re dealing with one of the largest armies in the world. It’s a very different situation and things could go crazy quickly.”

Asked whether there was a scenario that could prompt him to send troops to rescue fleeing Americans, Biden replied: “There’s not. That’s a world war when Americans and Russia start shooting at one another. We’re in a very different world than we’ve ever been.”

“I’m honestly disappointed that what we have is a conversation between a mute person and a deaf person,” the 71-year-old veteran diplomat told a news conference.

“Our most detailed explanations fell on unprepared soil .. numerous facts that we produced bounced off (the British delegation.”

Truss, who warned of tough Western sanctions if Ukraine was attacked, challenged Lavrov over his assertion that Russia’s build-up of troops and weaponry was not threatening anyone.

“I can’t see any other reason for having 100,000 troops stationed on the border, apart from to threaten Ukraine. And if Russia is serious about diplomacy, they need to remove those troops and desist from the threats,” she said.

Truss’s talks in Moscow follow shuttle diplomacy from French President Emmanuel Macron, who visited Moscow and Kyiv this week. In contrast to U.S. and British leaders, Macron has played down the likelihood of a Russian invasion soon.

As part of U.S. efforts to “reduce chances of miscalculation”, the Chairman of the Joint Chiefs of Staff, General Mark Milley, spoke on Thursday with his Belarusian counterpart, a Pentagon spokesman said.

Urging de-escalation, Chancellor Olaf Scholz said Germany and its allies were ready for dialogue with Moscow and wanted peace.

However further military aggression against Ukraine “would have very serious political, economic and strategic consequences for Russia,” Scholz told reporters in Berlin.

Moscow has used the tensions to seek security concessions from the West that would include a promise never to admit Ukraine to NATO and halt the military alliance’s expansion.

The EU said on Thursday it had delivered a single letter in response to Russia’s proposals on European security, NATO and the United States having earlier portrayed Russia’s main demands as non-starters.

Russia held a briefing for military attachés that lasted just eight minutes, and gave notice of an exercise that was already under way, a senior U.S. State Department official said.

Ukraine launched its own war games on Thursday which, like Russia’s joint drills with Minsk, will run until Feb. 20.

The Ukrainian forces, whose numbers have not been disclosed, are set to use Bayraktar drones and anti-tank Javelin and NLAW missiles provided by foreign partners. Kyiv was due to receive a further shipment of U.S. military aid later on Thursday. 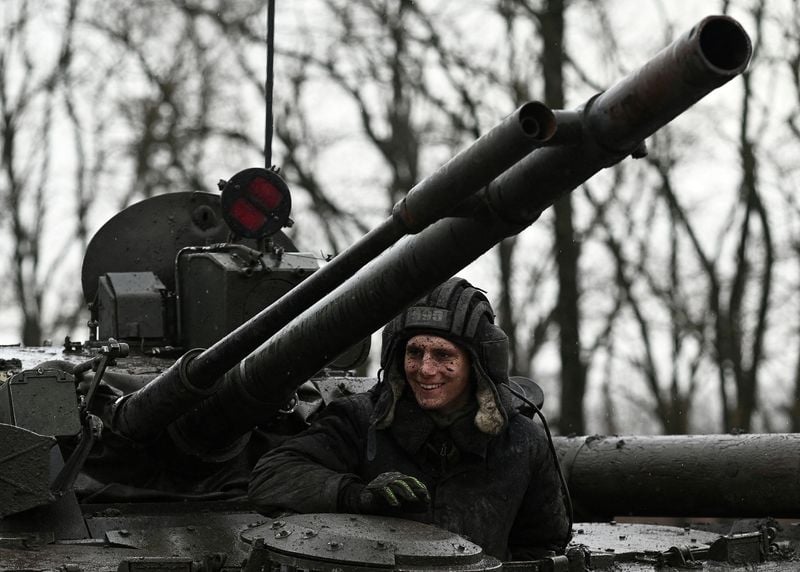 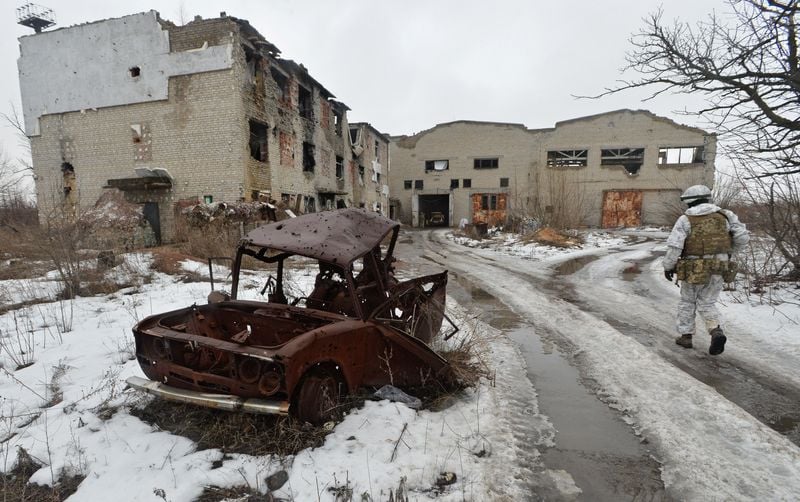 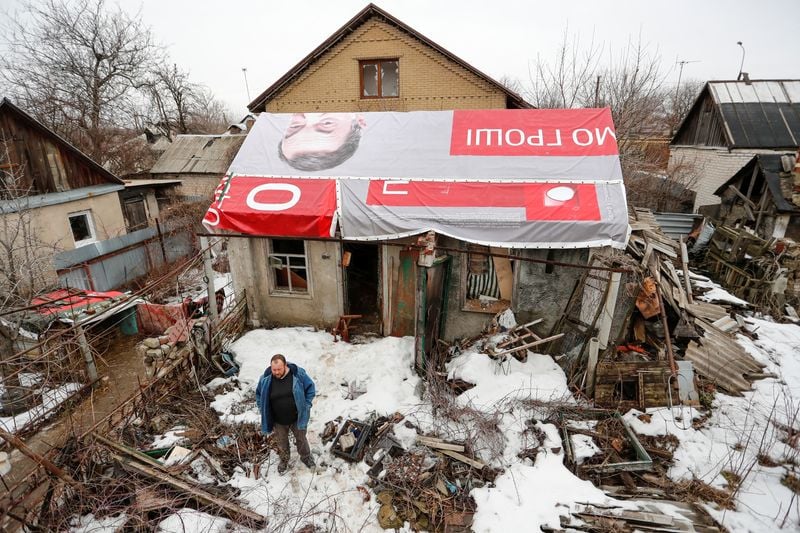 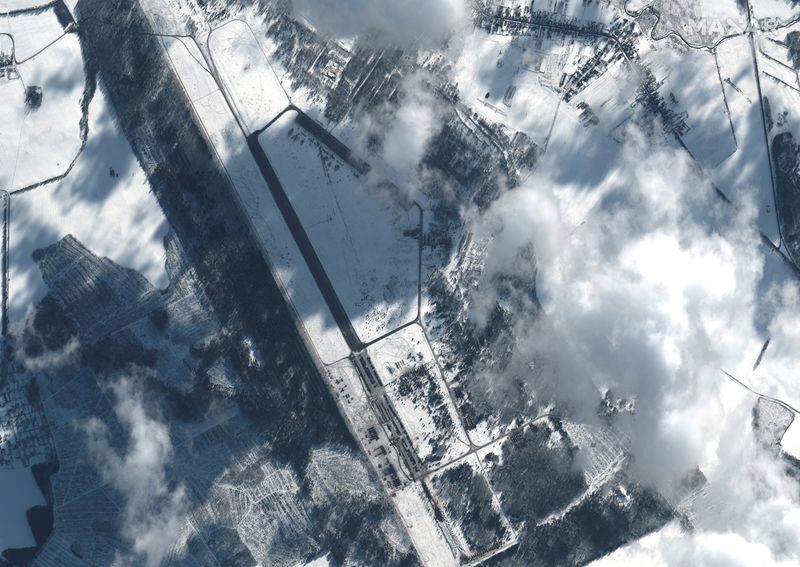 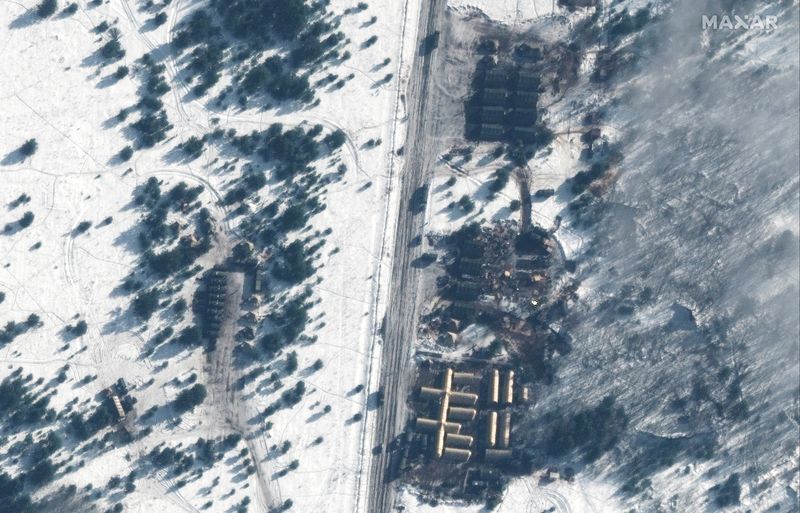