TORONTO – Canada’s main stock index fell on Thursday but not nearly as much as Wall Street, as its heavy weighting in financial and energy shares helped it better handle the prospect of aggressive Federal Reserve interest rate hikes to fight inflation.

Earlier in the day, the index moved within 12 points of the record intraday high it notched in November at 21,796.16.

Wall Street ended sharply lower, with the S&P 500 down 1.8%, after hotter-than-expected U.S. consumer price data fueled bets on the Fed to hike by 50 basis points next month.

“Toronto has got commodities and its got financial stocks and they don’t trade the same (as the U.S. market),” said Norman Levine, managing director, Portfolio Management Corporation. “Especially when interest rates are going up and inflation is going up.”

Financials, which account for one-third of the Toronto market, rose 0.3%, helped by a 5.5% gain for Brookfield Asset Management after the company said it is considering spinning off its asset management unit at a valuation of $70 billion to $100 billion.

That’s a move that could “unlock a higher multiple for the stock,” said Brandon Michael, senior investment analyst at ABC Funds.

Energy rose 0.6% as oil prices settled higher but all the other sectors ended lower, including 1.5% declines for information technology and consumer discretionary.

Shares of auto parts companies fell, including a 1.6% drop for Magna International Inc, as protesters blocking a vital U.S.-Canada trade route forced automakers in both countries to reduce operations.

Among the biggest decliners was Canada Goose Holdings Inc. It ended 16% lower after the company cut its full-year forecasts. 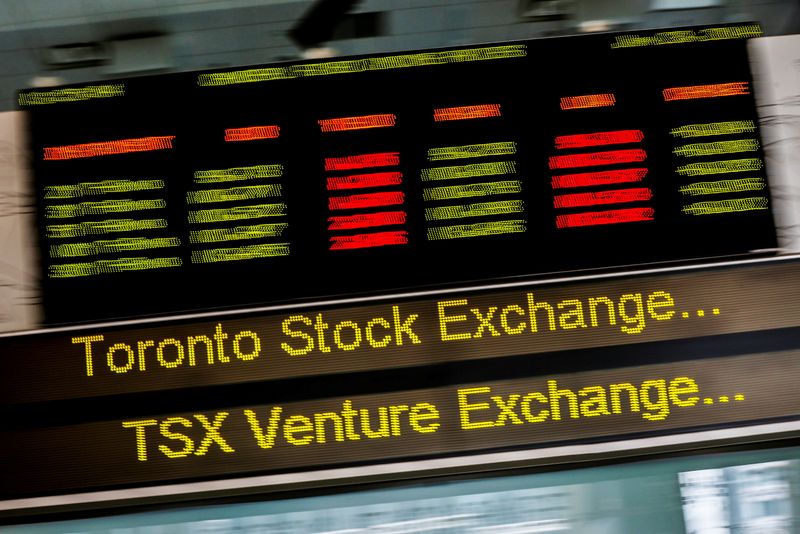