Last year, the SEC began working on a new rule requiring U.S.-listed companies to provide investors with detailed disclosures on how climate change could affect their business. The SEC initially said it would publish a draft in October, but Chair Gary Gensler subsequently pushed that deadline to January.

Reuters reported last month that the agency was trying to decide whether it should require companies to disclose not only their own greenhouse gas emissions, but those generated by their suppliers and other partners. Bloomberg reported this week that the agency’s commissioners are divided over how far to go.

Warren’s letter will increase pressure on Gensler to deliver a game-changing rule that would reveal all the emissions for which a company is responsible.

“I urge you to act quickly and to release the strongest requirements possible to begin the formal rulemaking process,” Warren wrote in a letter to Gensler.

“These delays are unwarranted and unacceptable, and violate the commitment, which you made seven months ago…the absence of a rule leaves shareholders and investors in the dark about the significant long- and short-term climate risks facing public companies,” she added.

The SEC did not immediately respond to a request for comment.

Its climate rule is part of a broader effort by Democratic President Joe Biden’s administration to address climate change challenges.

Corporate groups, meanwhile, are pushing for a narrower rule that will make it easier and less expensive to gather and report emissions data, and which will protect them from being sued over potential mistakes.

(Reporting by Katanga Johnson in Washington; Editing by Michelle Price and Andrea Ricci) 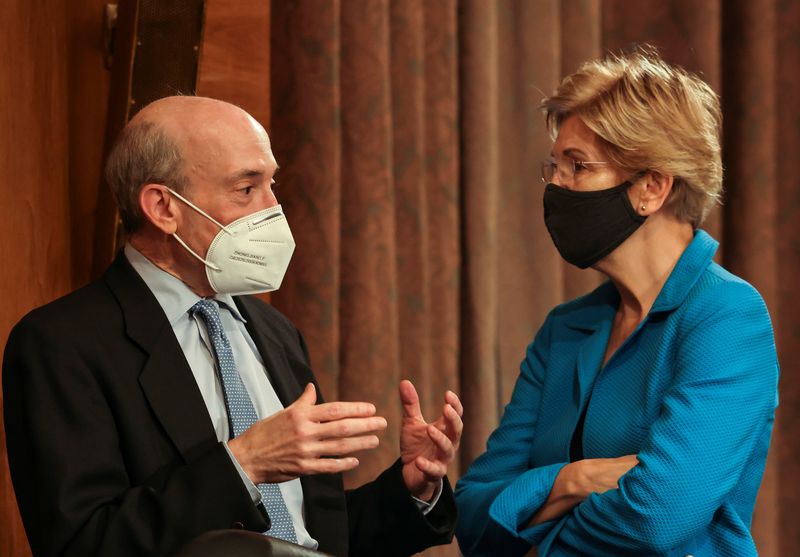