-Uber Technologies Inc laid out a $5 billion operating profit for 2024 that fell short of analyst estimates, sending its shares down 4% on Thursday, even as the ride-hailing company revealed several strategies to boost ridership and bring down costs.

The forecast is below the $5.7 billion analysts expect for 2024, according to Refinitiv data. The stock reversed course after being up as much as 5% earlier in the day.

“We think it’s a worthwhile target. Could there be upside? Absolutely, but let’s work on that target for now,” Uber Chief Executive Officer Dara Khosrowshahi said.

The company expects to also report gross bookings of between $165 billion and $175 billion in 2024, Chai said.

Analysts had forecast gross bookings of $169.73 billion, according to Refinitiv data.

Vertical Research Partners analyst Jeff Kauffman said “2024 looks like conservative revenue growth,” but he added that some of the money Uber was investing in new businesses will pay off with higher profitability after 2024.

Speaking during an in-person event in New York that was live-streamed, company executives said they planned to better fuse its two platforms – ride-hail and food delivery – into one cost-saving marketplace.

Khosrowshahi said a better combination of its rides and delivery business would reduce customer acquisition costs – a metric investors closely follow in a market where companies have long competed by outbidding each other with costly customer discounts and incentives.

The company is also tweaking its algorithms to ensure more workers signed up for both ride-hail and delivery services, Khosrowshahi said, adding that it would improve driver dispatching and allow for higher utilization of each worker.

But Uber’s senior vice president for mobility, Andrew Macdonald, said the company also had to bring down prices to grow its customer base.

“Most of our total addressable market exists below the price UberX is at today,” he said, referring to Uber’s standard ride-hail option.

Ride-hail prices in the U.S. have spiked in recent months as Uber and its smaller competitor Lyft Inc struggle to serve a resurgence in demand as they battle to bring back drivers who left their platforms during the pandemic.

Macdonald said the company still had a large pool of untapped customers in the global markets it operates in, with only a small share of the adult population in each country using Uber on a regular basis.

Since Uber went public in May 2019, its shares have been on a roller-coaster ride, nearly halving at the start of the pandemic in early 2020, when the company’s ride-hail business came to a screeching halt.

The company is trying to turn a corner and is hoping to capitalize as pandemic restrictions subside in many of its core markets.

Food delivery orders, which emerged as a lifeline to Uber and have tripled since the start of the pandemic, have not taken a hit as countries reopen. Uber executives said its Eats business offered many opportunities to cross-sell customers and get them interested in rides and other products.

Khosrowshahi said that while Uber was focused heavily on chaining its businesses, it would also put more emphasis on growing its membership program, Uber One, going forward.

Reuters last year reported exclusively that U.S. Labor Secretary Marty Walsh said https://www.reuters.com/world/us/exclusive-us-labor-secretary-says-most-gig-workers-should-be-classified-2021-04-29 a lot of gig workers should be classified as “employees” who deserve work benefits, instead of remaining independent contractors with no benefits. Such a reclassification would threaten gig companies’ business model.

“As of now we don’t see federal independent contractor regulation on the agenda,” Hazelbaker said. 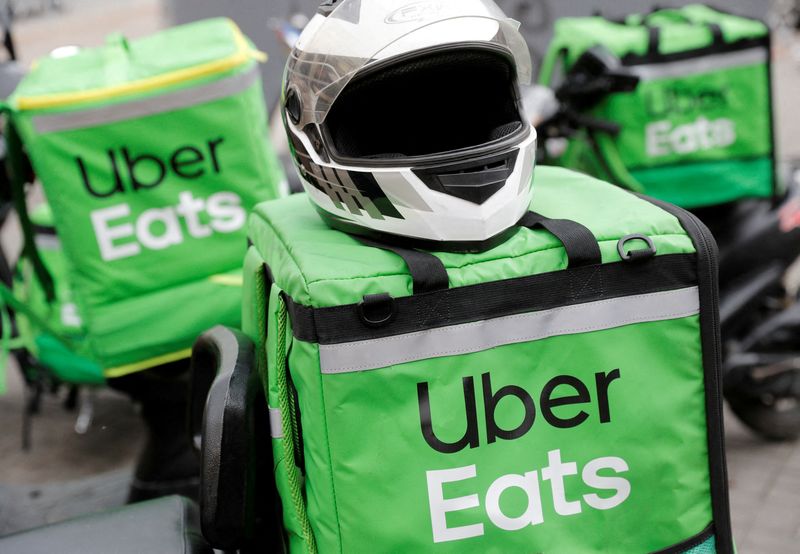