BRUSSELS -The next few days could be the most dangerous moment in Europe’s biggest security crisis for decades as Russia stages war games in Belarus, British Prime Minister Boris Johnson said on Thursday, though he believed Moscow had not yet decided whether to invade Ukraine.

Russia, which has more than 100,000 troops at the Ukrainian border, denies Western accusations that it may be planning to invade its former Soviet neighbour though it says it could take unspecified “military-technical” action unless demands are met.

“I honestly don’t think a decision has yet been taken” by Moscow on whether to invade, Johnson told reporters at the headquarters of the NATO military alliance in Brussels alongside Secretary-General Jens Stoltenberg.

“That doesn’t mean that it is impossible that something absolutely disastrous could happen very soon indeed. And our intelligence, I’m afraid to say remains grim,” Johnson said.

“This is probably the most dangerous moment, I would say, in the course of the next few days, in what is the biggest security crisis that Europe has faced for decades, and we’ve got to get it right. And I think that the combination of sanctions and military resolve, plus diplomacy is what is in order.”

Britain’s diplomatic push comes as Johnson is grappling with the worst domestic political crisis of his premiership: a police probe into lockdown parties in Downing Street which has led some lawmakers from his Conservative Party to call for him to resign.

It follows shuttle diplomacy from French President Emmanuel Macron, who visited Moscow and Kyiv earlier this week. In contrast to U.S. and British leaders, Macron has played down the likelihood of a Russian invasion soon.

Related News:   Spotify back up after second outage in two weeks

Johnson, the most prominent figure in the Brexit campaign that brought Britain out of the EU, said Britain “remains unwavering in our commitment to European security”.

While Johnson visited NATO, Foreign Secretary Liz Truss held talks in Moscow, telling Foreign Minister Sergei Lavrov “a war in Ukraine would be disastrous for the Russian and Ukrainian people and for European security”.

Lavrov said he did not understand British anxiety about drills in Belarus, and that Truss had ignored facts presented to her. The West, Lavrov said, was using Ukrainian President Volodymyr Zelenskiy as an instrument.

Putin, who says that Moscow’s concerns over NATO enlargement have been ignored for three decades, has demanded guarantees that there will be no missile deployments near its borders and no further enlargement of NATO.

Britain has backed a strong line that Russia should not be able to veto countries choosing to join the Western alliance.

“What we’re really all trying to do, whether you’re in NATO or not in NATO, is protect the sovereign right of countries to choose their security alliances,” Defence Secretary Ben Wallace told Times Radio. 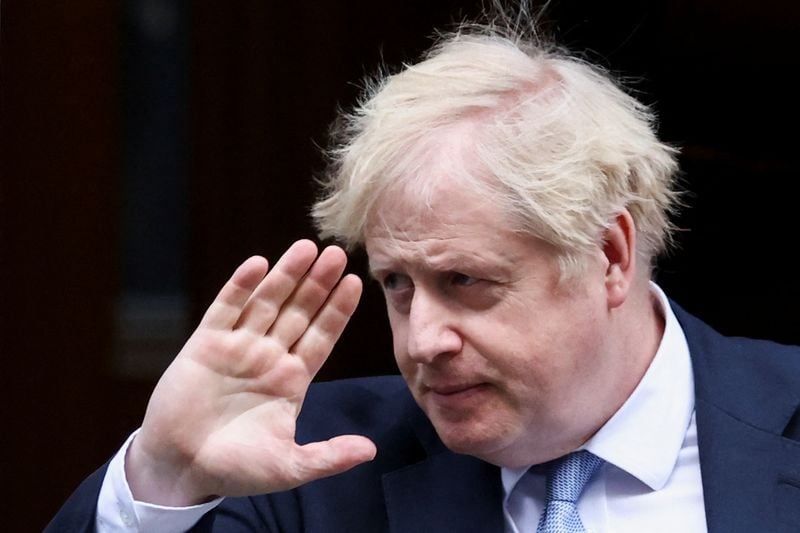