– Auto parts maker Magna International Inc said on Friday disruptions at the Ambassador bridge caused by Canadian trucker protests against coronavirus mandates have started to have some initial impact on its operations.

The protesters, who have caused a gridlock in the Canadian capital since late January, have since Monday used their big rigs to snarl traffic at the bridge, which serves as a supply route for Detroit’s carmakers.

The situation at the bridge has forced some customers to idle or cut production requirements, Magna Chief Executive Officer Swamy Kotagiri said on an earnings call.

“If the gridlock lasts for longer, it could affect big Canadian suppliers such as Magna and Linamar Corp and it might affect Magna’s bottom-line numbers in the (current) quarter,” said Sam Fiorani, vice president at AutoForecast Solutions LLC.

Toyota Motor Corp, General Motors Co, Ford and Chrysler-parent Stellantis have said they have been forced to cancel or scale back some production due to the protests.

The protests have piled more pressure on a North American auto industry wrestling with a fragile supply chain and a global chip shortage that has wreaked havoc with production since the outbreak of the pandemic.

In terms of headwinds, expect continued semiconductor supply constraints to impact production in 2022, CEO Kotagiri said on the call.

However, the company expects semiconductor availability to impact production more significantly in the first half of the year.

Analysts on average were expecting $39.47 billion, according to Refinitiv IBES data.

(Reporting by Shivansh Tiwary in Bengaluru; Editing by Sriraj Kalluvila) 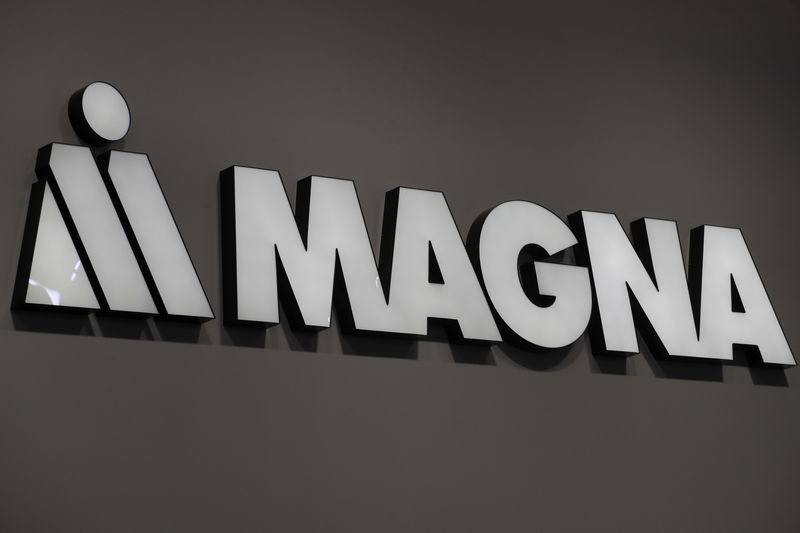