The world’s second-largest tobacco company also announced a dividend increase of 1.0% to 217.8 pence and a 2 billion pound share repurchase programme for 2022.

It posted a 51% rise to 2.05 billion pounds in adjusted sales of its “new categories” product line which includes e-cigarettes, heated tobacco and oral nicotine. Though the division has yet to turn a profit, BAT said it was on track to report revenue of 5 billion pounds and profitability by 2025.

BAT said it expects global tobacco industry volumes to decline by around 2.5% this year. For 2021, the company had estimated those volumes to remain flat.

Before adjusting items and including the dilutive effect of employee share schemes, adjusted diluted earnings per share (EPS) fell 0.8% to 329.0 pence from 331.7 pence.

The maker of Lucky Strike and Camel cigarettes said it expects constant currency revenue growth of 3%-5% this year, and high-single figure constant currency adjusted EPS growth, weighted towards the second half of the year.

BAT shares, which have risen more than 20% in the past year, were flat in morning trade.

(Reporting by Richa Naidu in London and Siddharth Cavale in Bengaluru; editing by Philippa Fletcher and Jason Neely) 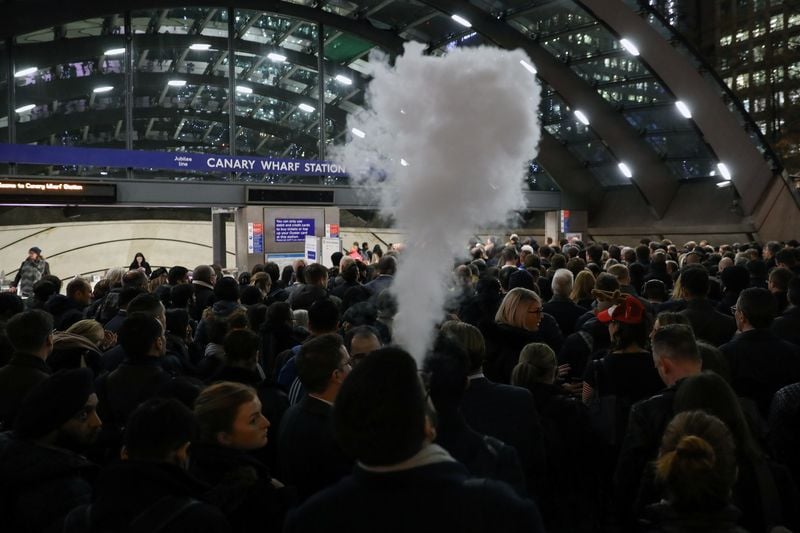