TORONTO – The Canadian dollar weakened against its U.S. counterpart on Friday, giving back some of this week’s gains, as the potential for an imminent Russian attack on Ukraine triggered a selloff in risk-sensitive assets.

Wall Street tumbled and safe-havens such as U.S. Treasuries and the U.S. dollar rallied after Washington said Russia has massed enough troops near Ukraine to launch a major invasion.

“It’s a flight to safety trade and that always works in favor of the U.S. dollar,” said Amo Sahota, director at Klarity FX in San Francisco.

“I would be a little concerned about having open positions over the course of the weekend.”

Still, the loonie fell by much less than some other currencies on Friday, as escalating Ukraine tensions added to concern about tight supply in the market for oil, one of Canada’s major exports. U.S. crude oil futures settled 3.6% higher at $93.10 a barrel.

Meanwhile, Canada’s Ontario province declared a state of emergency and threatened to fine and jail protesters who have been blocking a key U.S. trade corridor for four days.

The disruption to trade could weigh on Canadian economic activity in the first quarter but is unlikely to derail an interest rate hike next month by the Bank of Canada, say analysts.

“The latest disruptions will raise prices and lead to shortages of some goods,” said Royce Mendes, head of macro strategy at Desjardins. “Monetary policy will be guided by inflation and inflation expectations.”

Related:  Tennessee Gets Ready for Boozy Brunching at Its First Toasted Yolk Cafe

Canadian government bond yields fell across the curve, tracking the move in U.S. Treasuries. The 10-year was down 7.6 basis points at 1.861. 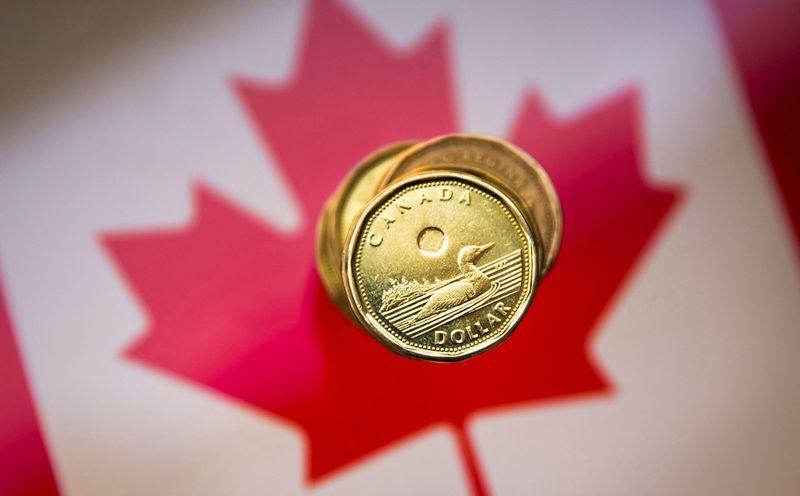