GENEVA – An International Labour Organization committee has expressed “deep concern” about China’s policies in its far western region of Xinjiang, calling them discriminatory and asking Beijing to bring its employment practices into line with global standards.

The report on the region, home to China’s minority Muslim Uyghurs, risks stoking geopolitical tensions between China and the United States at a sensitive time for Beijing as it hosts the Winter Olympics.

The United States accuses China of genocide and along with other Western nations has imposed a diplomatic boycott of the Games over China’s treatment of Uyghurs in Xinjiang. Allegations of rights abuses include some that are reviewed by the ILO committee, such as China’s alleged use of forced and prison labour. China denies the accusations.

Specifically, the committee asked China to repeal provisions “that impose de-radicalisation duties on enterprises and trade unions” in Xinjiang and to amend political re-education provisions.

“As a ILO member state, the Chinese government is firmly committed to respecting, promoting and realizing the full access to productive and freely chosen employment and decent work for all China’s ethnic minority groups including Uyghurs in Xinjiang,” its diplomatic mission in Geneva said on Twitter, adding that U.S. labour practices had previously fallen foul of the same committee.

The United States and Britain welcomed the committee’s findings and called on Beijing to take the steps requested.

An ILO official told Reuters that the alleged violations would be raised at a major conference in June.

This could lead to a formal complaint and the establishment of a commission of inquiry to investigate abuses on the ground, as occurred in Myanmar in the 1990s.

In its report, the ILO committee examined a number of allegations by the International Trade Union Confederation, including that Beijing has used a “widespread and systematic” programme of forced labour throughout Xinjiang that violates an Employment Policy Convention.

The Chinese government called the allegations “untrue and politically motivated” in remarks summarised in the report.

China has been a member of the Geneva-based ILO since 1919 and has ratified many of its legally binding conventions.

The ILO committee is an independent body made up of 20 jurists to provide an impartial evaluation of all member states’ application of global labour standards. 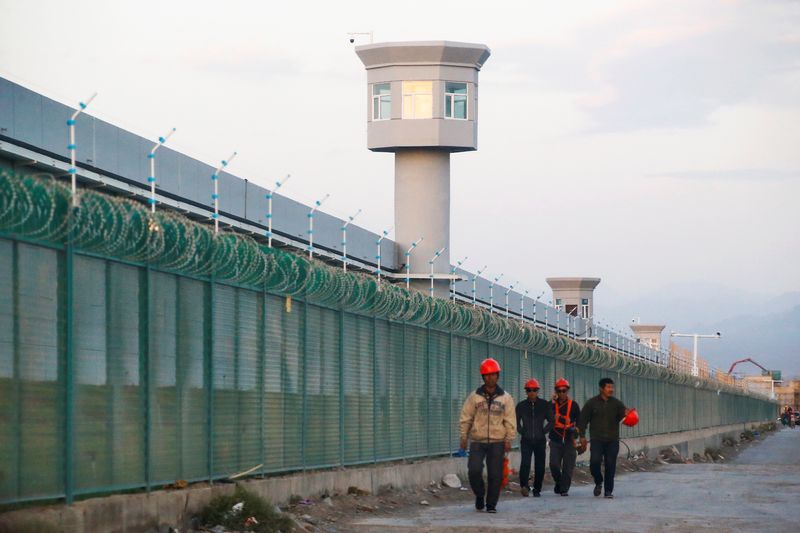