HELSINKI/WASHINGTON -Finland has sealed a deal to buy dozens of F-35 stealth warplanes from the United States, in a sign of its military’s close ties with NATO at a time of high tension between the West and Russia in Europe.

The northern European nation – which borders Russia and was historically neutral during the Cold War – signed the $9.4 billion agreement on Friday to buy 64 radar-evading Lockheed Martin jets.

While the planes will not enter service for several years – non-NATO Finland has previously said 2027 – the agreement reflects the country’s deepening cooperation with the Western military alliance and how its defence forces materiel policy is based on all new equipment being NATO-compatible.

Finland’s government said the decision to buy the U.S. jets, announced in December https://www.reuters.com/business/aerospace-defense/lockheed-f-35-jet-wins-finnish-fighter-competition-source-2021-12-10, was part of long-term plans to boost the country’s defences, not a response to the current confrontation between the West and Russia over Ukraine.

“It is part of our long-term planning and has nothing to do with the current situation as such,” said Mikko Hautala, Finland’s ambassador to the United States.

Russia has massed more than 100,000 troops near its frontiers with Ukraine, and Western countries fear it is planning an attack. Moscow denies plans for an invasion but says it could take unspecified “military-technical” action unless demands are met, including a promise to admit no new countries to NATO and to withdraw Western forces from Eastern Europe.

Finnish Prime Minister Sanna Marin said https://www.reuters.com/world/europe/finlands-pm-says-nato-membership-is-very-unlikely-her-watch-2022-01-19 in January the country had no plans at present to apply to join NATO, but added that his nation retained the right to join.

“The aim is to ensure that Finland’s F-35 system has the best possible performance going into the 2030s,” it added.

On top of the F-35s, Defence Minister Antti Kaikkonen decided on Friday that Finland would buy surface-to-surface missiles from Lockheed for 75 million euros to improve the performance and extend the range of it’s heavy rocket launcher system, the Defence Ministry said in a statement.

The munition deliveries are estimated to begin in 2025, it added. The surface-to-surface missiles have a range of over 135 kilometres and could be used offensively or as a deterrent to land invasion. 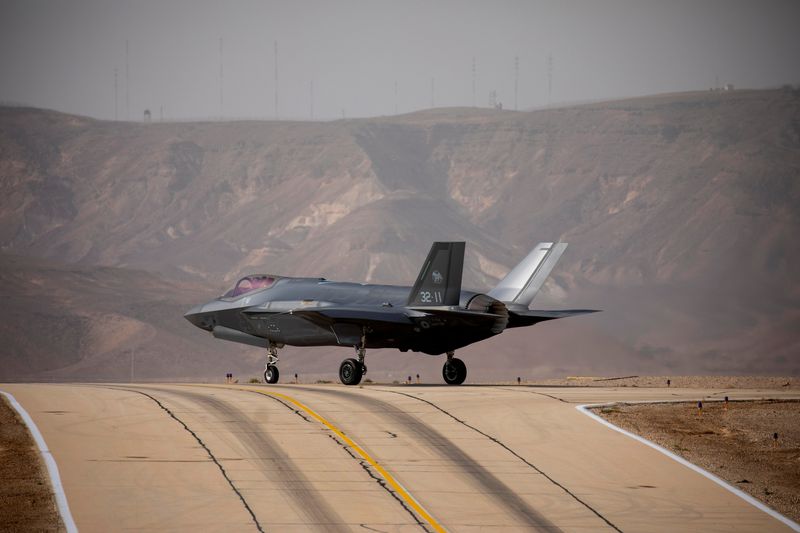