ZURICH -The Swiss Trade Union Federation (SGB) decided on Friday to launch a campaign for a referendum on tapping into the Swiss National Bank’s cash pile to help shore up the national pension scheme.

“Due to extraordinarily high profits and negative interest rates, the SNB’s distribution potential has risen sharply. This money belongs to the people,” the SGB said after delegates met to approve the campaign, as Reuters had reported.

The SNB has racked up more than 100 billion Swiss francs ($108 billion) in profits during the central bank’s long campaign to restrain the safe-haven Swiss franc.

Pension funds around the world are facing crises as people live longer and returns from investments shrink.

The SGB has expressed confidence it will get the 100,000 signatures to trigger a “popular initiative” referendum under the Swiss system of direct democracy, and then win the nationwide vote that would follow, probably in 2025.

The results would be binding on the government in Bern.

But it is likely to oppose any payment to fund pensions, having already rejected calls for its balance sheet to be converted into a sovereign wealth fund. It says such a move would compromise its independence.

The SGB said it had opted for an initiative text that continued to guarantee the independence of SNB monetary policy. The initiative calls for an adjustment of distributions, but does not aim at a fundamental reorganisation of payouts or restrict the SNB in its investments.


The distribution of profits to the pension fund would only takes place if the SNB’s reserves were particularly high. In addition, the entire income from negative interest rates would be transferred to the pension scheme on a one-off basis.

The pension scheme, which covers everyone who has worked in Switzerland, is forecast to slip into the red by 2025 and reach an annual deficit of 5 billion Swiss francs by 2032.

The SNB has meanwhile amassed massive profits from shares and bonds it has bought with foreign-currency purchases designed to weaken the franc. 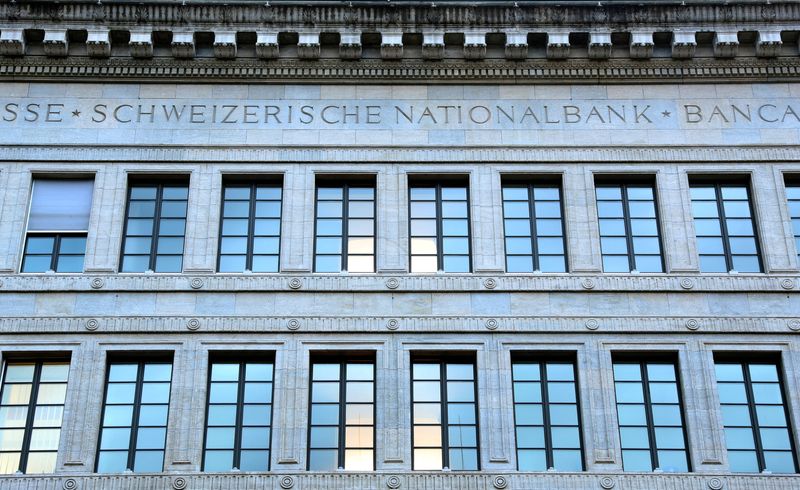