WASHINGTON -U.S. consumer sentiment fell to its lowest level in more than a decade in early February amid expectations that inflation would continue to increase in the near term, but that was unlikely to derail spending against the backdrop of excess savings and a strengthening labor market recovery.

The decline in sentiment reported by the University of Michigan on Friday was entirely among households with incomes of $100,000 or more, which could reflect falling stock market prices.

It followed news on Thursday that consumer prices recorded their largest annual increase in 40 years in January, which prompted markets to price in a hefty 50 basis points interest rate hike from the Federal Reserve next month.

“But will this cool down consumer spending and crimp the recovery?” said Robert Frick, corporate economist with Navy Federal Credit Union in Vienna, Virginia. “That’s doubtful, given spending and sentiment diverged when government stimulus put hundreds of billions into consumers’ bank accounts and spending rose while sentiment dropped. Much of that money is still there, as is pent-up demand for services.”

The University of Michigan’s preliminary consumer sentiment index dropped to 61.7 in the first half of this month, the lowest since October 2011, from a final reading of 67.2 in January. Economists polled by Reuters had forecast the index edging up to 67.5.

The index is sensitive to gasoline prices and the stock market. It is, however, much weaker than most other sentiment measures, including the Conference Board, which is comfortably above levels hit during the first mandatory COVID-19 lockdowns in the spring of 2020. The Conference Board survey puts more weight on the labor market, which is rapidly churning out jobs.

“The continuing relative weakness in this measure of confidence seems overdone relative to fundamentals,” said Scott Hoyt, a senior director for Moody’s Analytics in West Chester, Pennsylvania. “A rebound is likely, and this index may rise more than some others. However, the timing is uncertain and likely depends on gasoline prices, infection rates, the stock market, broader inflation, and events in Washington and overseas.”

According to the University of Michigan sentiment among households with incomes of $100,000 or more dropped by 16.1% from last month. The impact of higher inflation on personal finances was spontaneously cited by one-third of all consumers, with nearly half of all consumers expecting declines in their inflation adjusted incomes during the year ahead, it said.

“The Fed’s view that inflation running slightly below 2% was a problem was one that consumers never saw as a problem, but consumers now see inflation as the problem,” said Conrad DeQuadros, senior economic advisor at Brean Capital in New York. 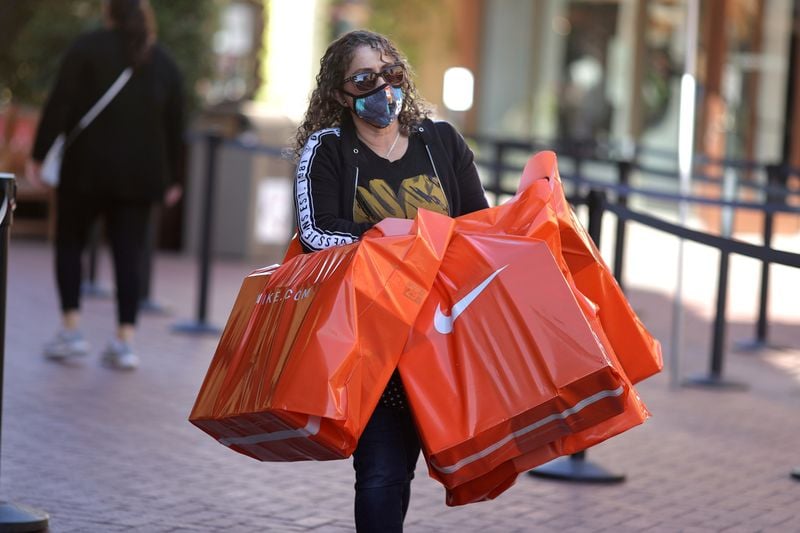