KABUL – Afghanistan’s central bank on Saturday criticised Washington’s plan to use half the bank’s $7 billion in frozen assets on U.S. soil for humanitarian aid and set aside the rest to possibly satisfy lawsuits over the Sept. 11, 2001 attacks.

U.S. administration officials said on Friday they would work to ensure access to $3.5 billion of the assets would benefit the Afghan people, amid calls for the money to be used to address a deepening economic crisis since the Taliban seized power last year.

The other half of the funds would remain in the United States, subject to ongoing litigation targeting the Taliban, including by relatives of those who died in the Sept. 11 attacks, the officials said.

Da Afghanistan Bank (DAB) criticised the decision, saying its assets had been invested in the United States in line with international practices, and belonged to the people of Afghanistan.

“DAB considers the latest decision of USA on blocking FX (foreign exchange) reserves and allocating them to irrelevant purposes, injustice to the people of Afghanistan,” the central bank said in a statement.

The central bank funds have been frozen since the Taliban took over the country as foreign forces withdrew in August.

The frozen funding combined with sanctions and a drop off in development funding have sent the country’s economy into freefall, unleashing a humanitarian crisis. 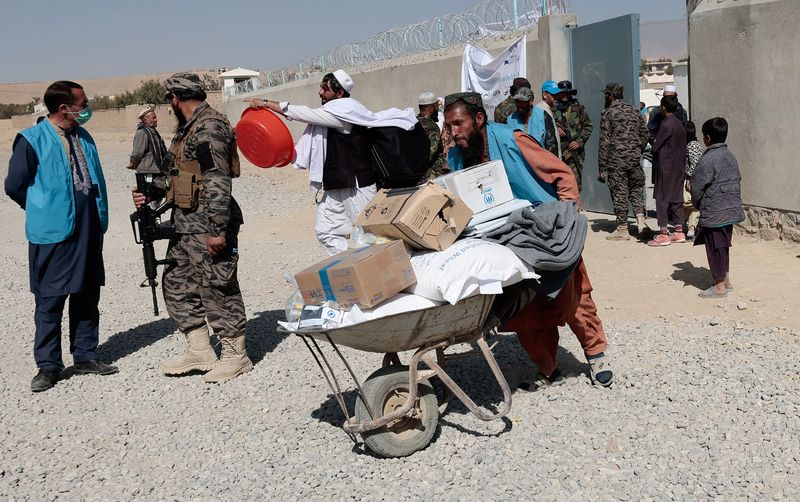