By Kayla Tarnowski and Carlos Osorio

WINDSOR, Ontario – Canadian police made the first arrest of a protester blocking a key bridge to the United States on Saturday, more than a day after authorities moved in seeking to end the blockade of the important trade corridor.

Demonstrators opposing government pandemic restrictions have occupied the Ambassador Bridge for the fifth straight day, snarling international trade and prompting President Joe Biden to call for an end to the siege. But there was still no sign when traffic would resume.

Late on Saturday, Windsor Police arrested a 27-year-old male for a criminal offence in relation to the demonstration.

While police have successfully pushed back protesters from the foot of the Ambassador Bridge, which links Detroit and Windsor, more people were streaming into the area and the operation appeared to have stalled.

As the afternoon dragged on, some Canadians questioned what was behind the delay, given the order issued by a court on Friday to end the blockade and the imposition of a state of emergency declared by Ontario authorities.

“It would essentially send a message that the state is not able to retain control, where it’s attempted to do so,” Michael Kempa, an associate professor of criminology at the University of Ottawa, told CBC News.

“The longer this drags on, the longer people have the idea that what they are doing is not an illegal protest,” he said.

The Ambassador Bridge is North America’s busiest land border crossing. Since Monday, protesters in trucks, cars and vans have blocked traffic in both directions, choking the supply chain https://www.reuters.com/world/us/gm-cancels-two-shifts-lansing-plant-following-canadian-trucking-protests-2022-02-10 for Detroit’s carmakers.

The “Freedom Convoy” protests, started in the capital Ottawa by Canadian truckers opposing a vaccinate-or-quarantine mandate for cross-border drivers, entered its 16th day on Saturday. It has morphed into a wider protest https://www.reuters.com/world/americas/how-ottawas-anti-vaccine-mandate-protests-are-spreading-globally-2022-02-09 against COVID-19 curbs, with people joining in with smaller vehicles, including cars, vans and pick-up trucks.

During a meeting of his top advisers on Saturday, Prime Minister Justin Trudeau stressed border crossings cannot, and will not, remain closed, and all options remain on the table, a readout issued by his office said.

Early on Saturday, Windsor Police urged demonstrators to act lawfully and peacefully. Officers in black uniforms with yellow vests moved behind the demonstrators’ vehicles and, accompanied by police cruisers, slowly advanced on the protesters, pushing them back from the bridge entrance.

The number of demonstrators had thinned to roughly two dozen early on Saturday from about 200 on Friday night.

“We are opening up this intersection to traffic. If you fail to comply with our instructions you will be arrested,” police told the crowd via a loudspeaker.

Protesters moved back in a noisy but peaceful retreat, dismantling tents and barbecues. But since then, police have not progressed, witnesses said. Concrete barricades have been set up in front of the police near the Ambassador Bridge to keep protesters from reclaiming any ground.

Some 4,000 protesters gathered in downtown Ottawa on Saturday and some tore down a fence that had been erected around the National War Memorial. Ottawa Police has established a new command centre consisting to federal and provincial police to respond to the escalation.

Protests have spread to other border points, including two smaller crossings in Alberta and Manitoba and Pacific Highway Border Crossing in British Columbia, strangling trade between the two countries.

Canadian police have said the protests have been partly funded by U.S. supporters and Ontario froze funds donated via one U.S. platform, GiveSendGo, on Thursday.

Toronto-Dominion Bank has frozen two personal bank accounts into which C$1.4 million ($1.1 million) had been deposited in support of the protesters.

The protests have inspired similar convoys and plans in the United States, France, New Zealand and Australia.

In Paris, French police fired tear gas https://www.reuters.com/world/europe/police-stop-50-vehicles-heading-paris-protest-convoy-2022-02-12 at demonstrators on the Champs Elysees avenue on Saturday shortly after a convoy carrying protesters against COVID-19 restrictions made it into the capital.

The estimated loss from the blockades just to the automobile industry could be as high as $700 million, based on IHS Markit’s data, which puts the daily flow in vehicles and parts at $141.1 million day in 2021. 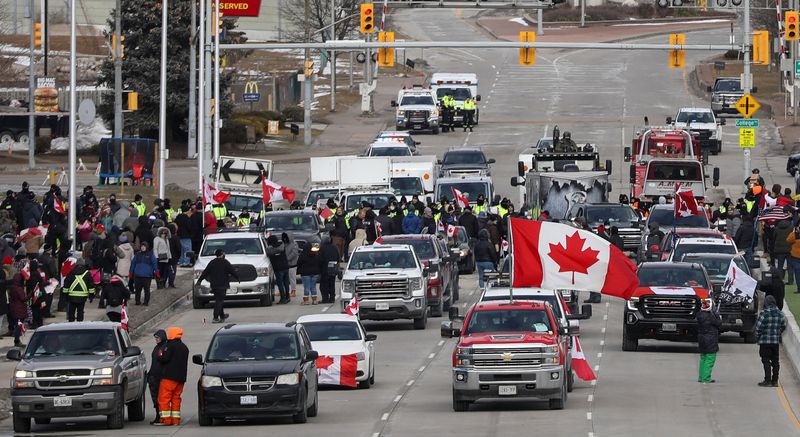 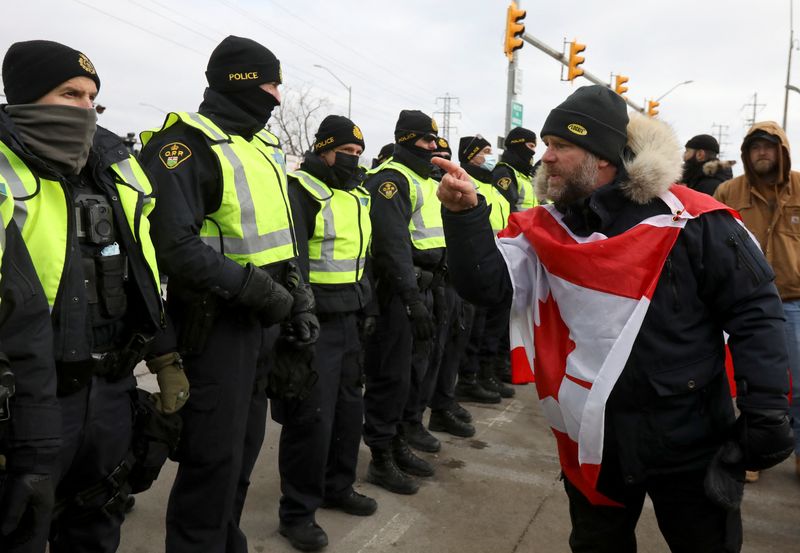 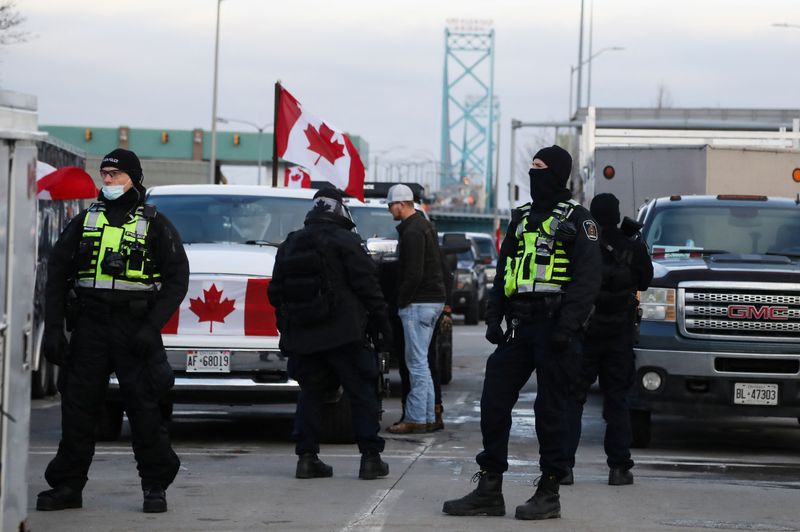 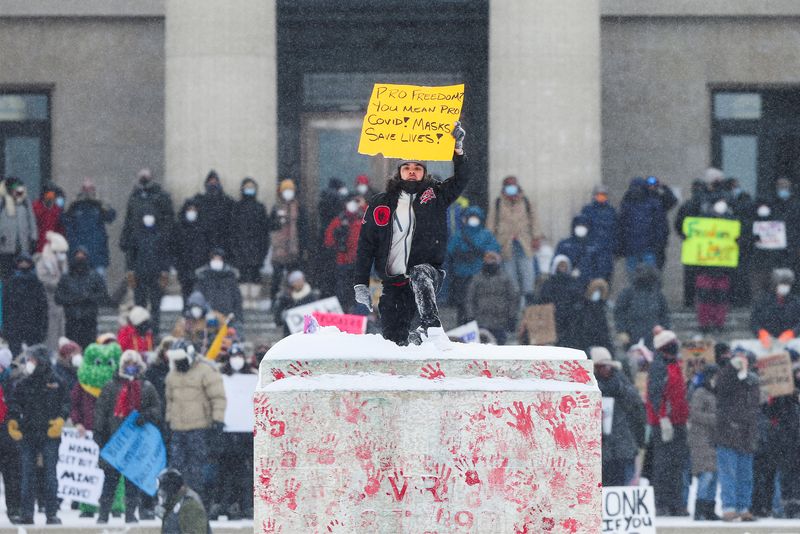 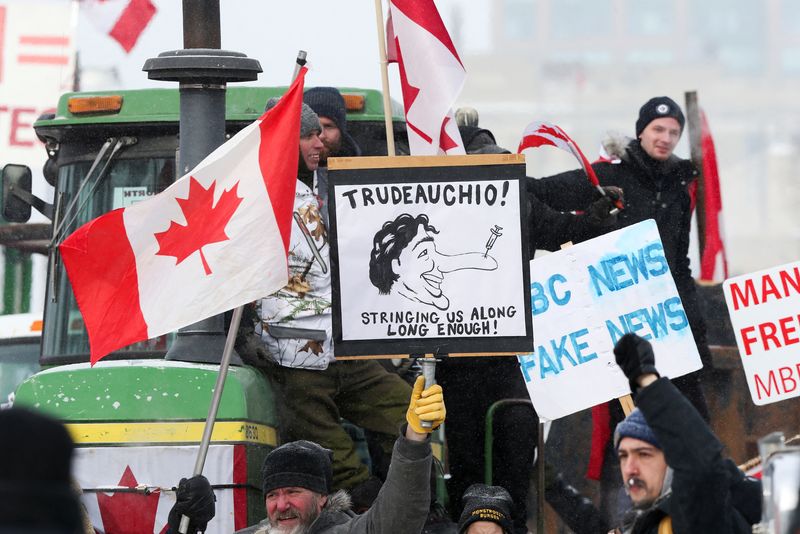 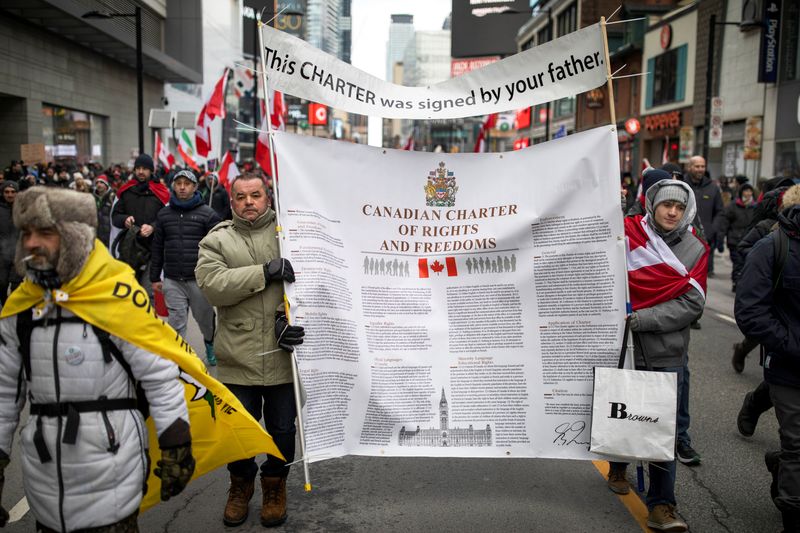 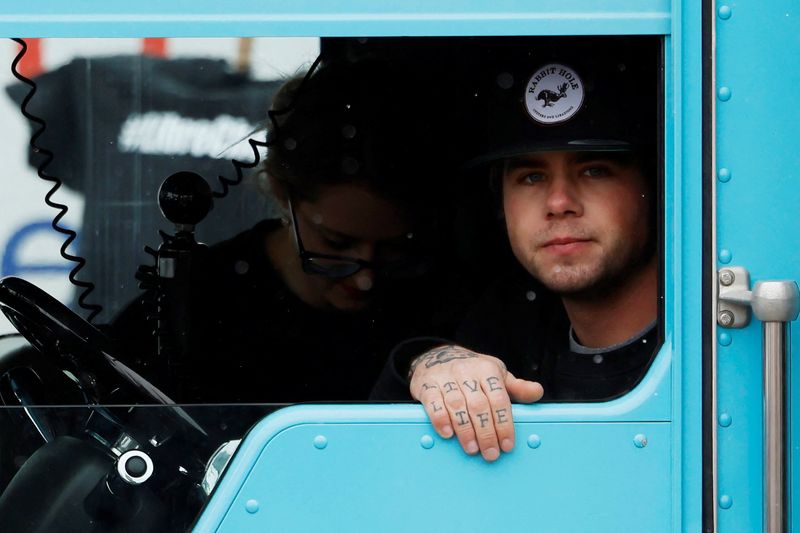 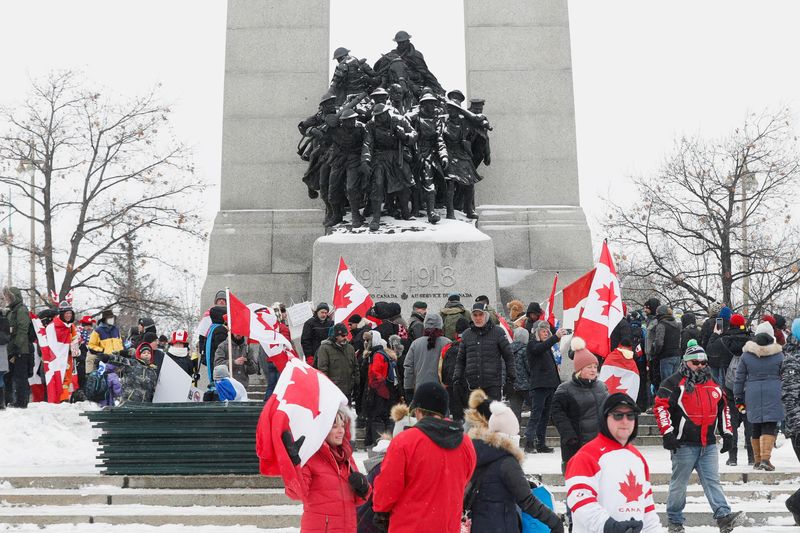 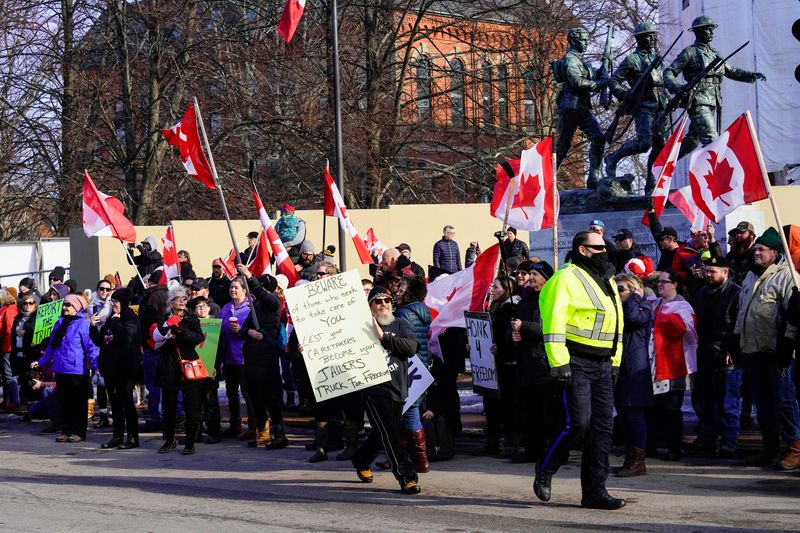 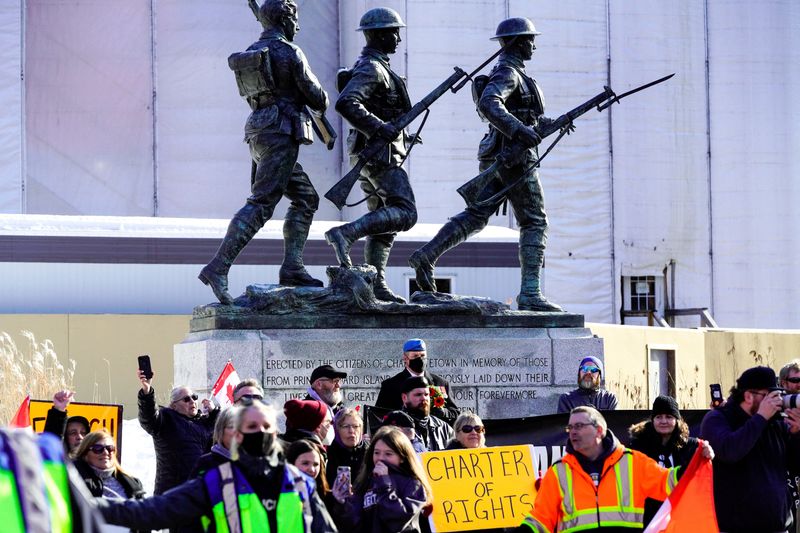 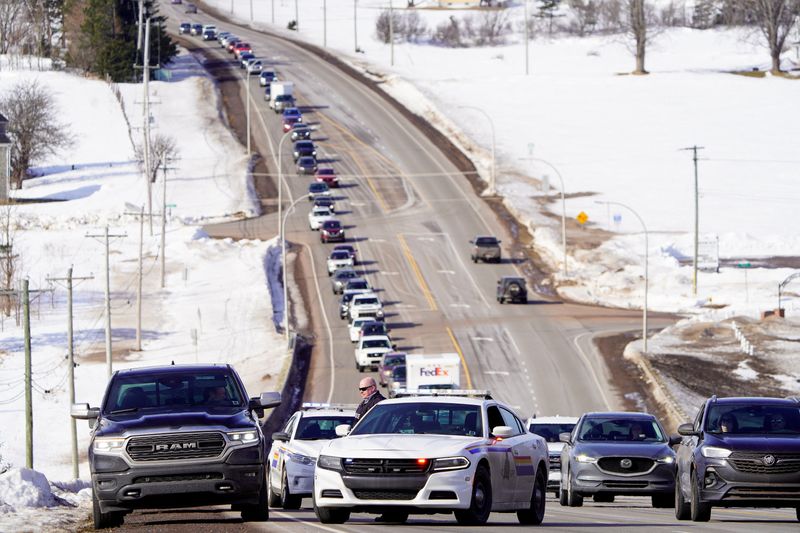