(Removes word hold from headline, no change to text)

By Julien Pretot and Krystal Hu

BEIJING – More than six weeks went by from the time teenage Russian figure skater Kamila Valieva’s sample was collected and the day she heard at the Beijing Olympics that she tested positive for a banned substance at her national championships.

The Russian Olympic Committee (ROC) immediately questioned the timeline, wondering what might have happened in that time frame after the Russian Anti-Doping Agency (RUSADA) lifted the 15-year-old’s provisional suspension, allowing her to further train and compete.

While a six-week delay is unusual, there could be mitigating factors.

Test results during the Games take between 24-72 hours for a result, depending on the kind of test, but the process during the Olympics is expedited given the urgent need for quick results with many athletes competing in several events.

However, delays can vary outside of the Olympics, said Jean-Pierre Verdy, the former director of testing at the French Anti-Doping Agency (AFLD), who helped bust several top names on the Tour de France.

“Between a sample’s delivery time, added to the analysis time and re-analysis time to confirm the presence of a specific substance, and the fact that you have to send the screenings to several labs to get external confirmation – and some labs don’t have that kind of experience – the delays can be long,” he told Reuters.

“So unless it’s a substance that’s commonly targeted, a lab never gets a result out without the opinion of some of their peers.”

ROC head Stanislav Pozdnyakov said the long gap between the Dec. 25 doping test and the Feb. 8 announcement looked suspicious and he had “serious questions about the process”.

Valieva’s result was reported from a WADA-accredited laboratory in Stockholm only on Tuesday, according to the International Testing Agency (ITA), the day after Valieva and her fellow Russian skaters won the Olympic team event.

“According to the information sent by the laboratory to RUSADA, the delay in analysis and reporting by the laboratory was caused by another wave of COVID-19 (cases), an increase in illness among laboratory staff and quarantine rules,” RUSADA said.

“Unfortunately I will not be making any comment on this case,” Anton Pohanka, Director of Stockholm’s Doping Control Laboratory at Karolinska University Hospital, the only WADA-accredited lab in Sweden, told Reuters.

WADA recommends that if a national anti-doping agency is not notified of a test result within 10 working days, it makes a “follow-up call” to the lab to enquire about the “pending results”.

It was not known whether RUSADA made such a call. RUSADA was not available for comment when contacted outside working hours in Russia by Reuters.

Valieva is set to learn her fate before her next event, the women’s single on Tuesday.

The International Olympic Committee (IOC) and the World Anti-Doping Agency (WADA) have all appealed RUSADA’s lifting of her provisional suspension.

There are grounds for hope for the 15-year-old.

If Valieva and her team concede wrongdoing, the penalty for a protected minor like her could be reduced to a warning, instead of a ban, which could allow her to continue to compete in the Olympics, an expert said.

“She could get down to a warning as a sanction because she’s a minor, even on a substance that carries normally a mandatory four-year ban, because she’s protected,” Paul Greene, a U.S.-based sports lawyer who has represented athletes in anti-doping proceedings and founder of Global Sports Advocates, told Reuters.

“So it’s entirely permitted that she could get a lesser sanction because she’s a minor. If she was given a warning as a sanction, she would be rendered immediately eligible to compete. To agree to a warning you would have to concede that she committed a violation, which they might not be willing to concede.” 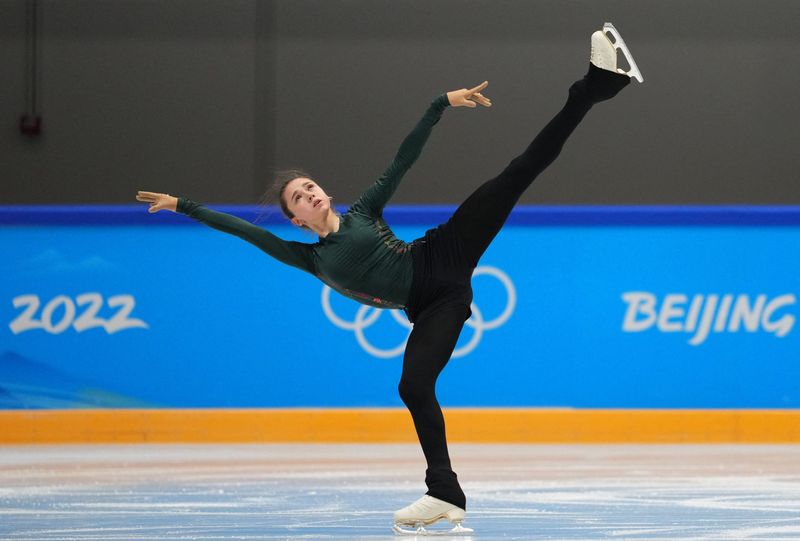