By Pavel Polityuk and Valentyn Ogirenko

KYIV – Several thousand Ukrainians rallied in Kyiv on Saturday to show unity amid fears of a Russian invasion, as Ukraine’s leader told people not to panic and pushed back against what he said was a glut of bleak war predictions being reported in the media.

Tension has mounted as Russia has built up more than 100,000 troops near Ukraine and carried out large-scale exercises. The United States said on Friday an invasion could start at any moment. Russia denies planning to invade.

Ukrainians filed through the centre of Kyiv in a column, chanting “Glory to Ukraine” and carrying Ukrainian flags and banners that said “Ukrainians will resist” and “Invaders must die”.

Ukrainian President Volodymyr Zelenskiy, who attended police drills in southern Kherson region, said a Russian attack could happen at any time, but pushed back against what he called excessive amounts of information about a major looming war.

“The best friend of our enemies is panic in our country. And all this information is just provoking panic and can’t help us,” he said. “I can’t agree or disagree with what hasn’t happened yet. So far, there is no full-scale war in Ukraine.”

The United States and numerous Western governments have urged their citizens to leave Ukraine, and Washington on Saturday said it was ordering most of its Kyiv embassy staff to leave.

“We have to be ready each day. It did not begin yesterday. It began in 2014, so, we are ready and this is why we are here,” Zelenskiy said in a reference to Russia’s annexation of Crimea and backing for an anti-Kyiv separatist insurgency in the east.

In a separate statement, the head of Ukrainian armed forces Valery Zaluzhny and Defence Minister Oleksii Reznikov said the aggressor won’t take Kyiv, Odessa, Kharkiv, or any other Ukraine’s city.

“We have strengthened the defense of Kyiv. We have gone through the war and due preparation. Therefore, we are ready to meet enemies and not with flowers, but with Stingers, Javelins and NLAW. Welcome to hell!”, Zaluzhny said, referring to an array of anti-rocket and anti-aircraft weapons received from the West.

The military says Ukrainian intelligence and the army have control of the situation on the borders and Kyiv is coordinating its actions with allies.

“Such a union of leading democracies has not existed for decades,” Zaluzhny and Reznikov said.

Zelenskiy voiced frustrations just last month with dire assessments of a war. Such warnings have taken their toll on the economic, piling pressure on the national currency. 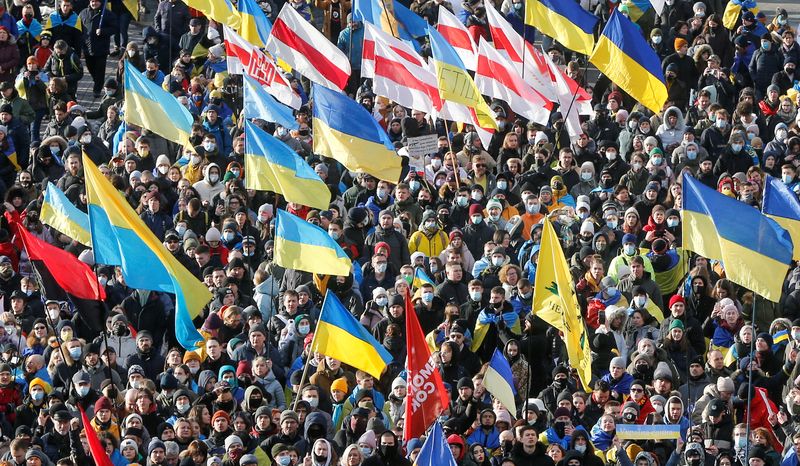 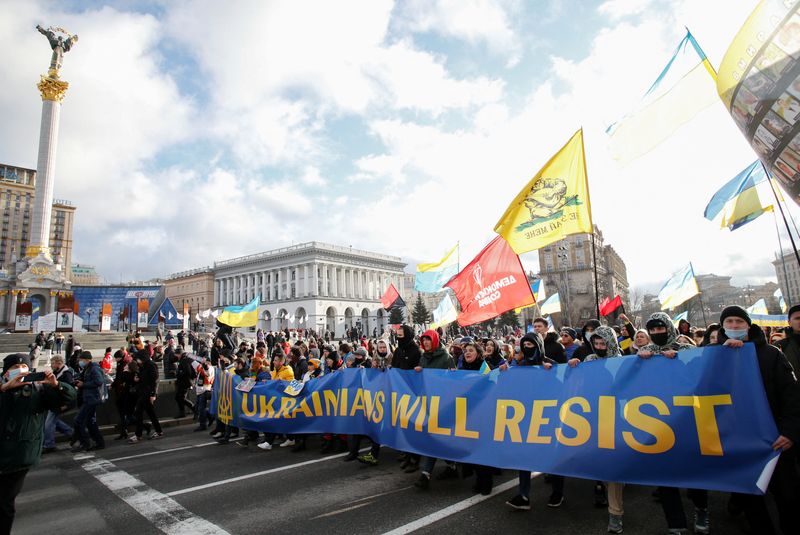 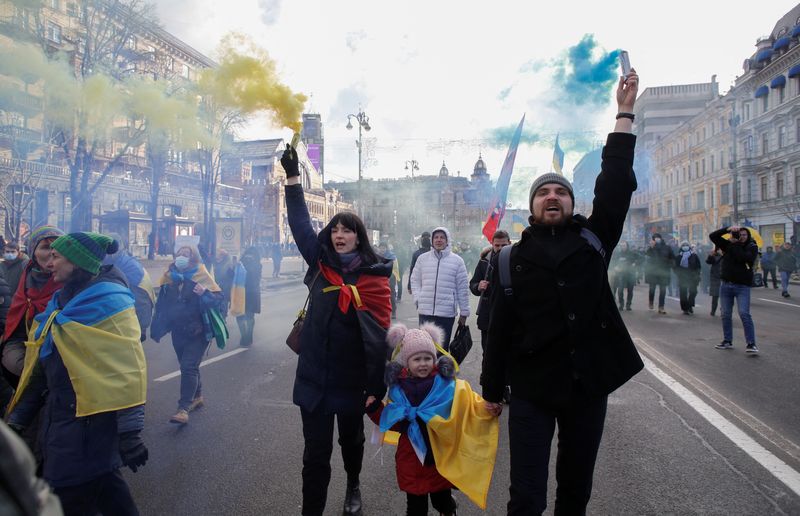 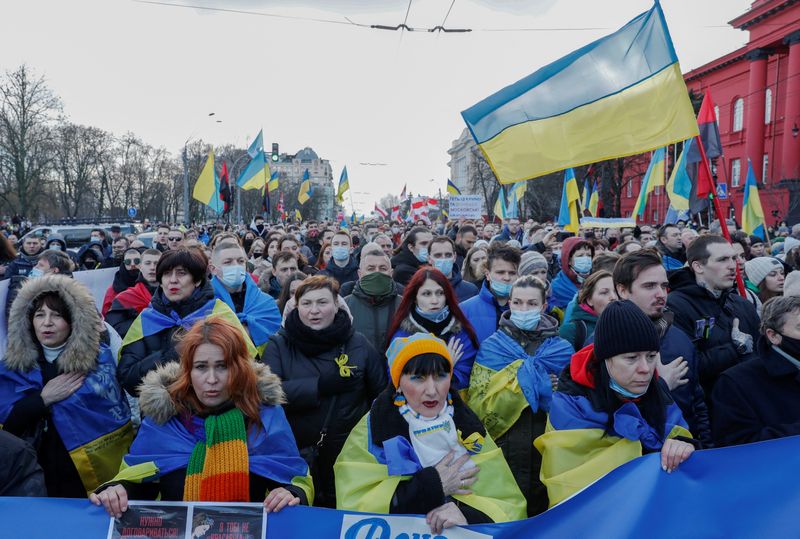 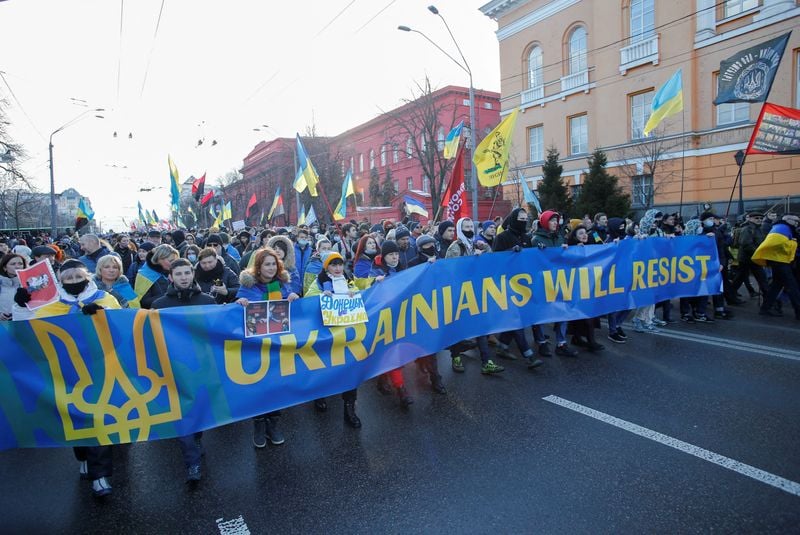