The ex-employees allege that “Dyson was unjustly enriched as a result of the unlawful, exploitative and dangerous conditions at the factory”, British law firm Leigh Day said in a statement.

A Dyson spokesperson told Reuters: “These allegations relate to employees of ATA, not Dyson. If proceedings were to be issued we would robustly defend them.”

The company said it takes its responsibilities towards workers employed by its third-party suppliers “extremely seriously”.

ATA, which makes parts for Dyson’s vacuum cleaners and air purifiers, did not have an immediate comment on the claim.

Dyson said in November it was severing relations with ATA, and ending its contract within six months, after an independent audit of the company’s labour practices and accusations by a whistleblower. Dyson has not disclosed the findings of its audit.

Leigh Day has sent a “letter before action” to Singapore-headquartered Dyson on behalf of the workers and named four company units as the defendants in the claim, it said. The letter is a notice that legal proceedings could be initiated.

“In the letter before action, sent by law firm Leigh Day on behalf of the workers, Dyson is asked to pay compensation to the workers. If a settlement cannot be reached the case will progress to the High Court,” Leigh Day said in the statement.

The letter was sent to Dyson on Dec. 10, Oliver Holland, a partner at Leigh Day, told Reuters.

Holland said Leigh Day may initiate judicial proceedings in the High Court of Justice of England and Wales in March if Dyson does not engage in settlement talks.

He said Leigh Day is representing the workers on a “no win, no fee” basis.

Reuters reported on Nov. 25 and Dec. 5 that ATA’s mostly migrant workforce did overtime hours exceeding Malaysia’s legal limit of 104 per month, and worked on Sundays. Citing 11 employees, Reuters also reported on Dec 5 that ATA had coached staff ahead of labour inspections to hide true working and living conditions, and employed foreigners without permits.

ATA acknowledged publicly on Dec. 7 some violations, made some improvements, and said it now complies with all regulations and standards.

In a statement to Reuters on Friday, Dyson said it conducts frequent audits to monitor its supply chain and make improvements, and that it terminated its contract with ATA after the supplier failed to take swift action on a recent audit.

“During this period we demanded, and achieved, numerous improvements for ATA employees, including ensuring that more than 1,250 ATA workers had recruitment fees reimbursed to them on a point of principle,” it said.

“We received the results of the final inspection in October 2021, at which time it became clear to us that ATA management was not acting swiftly or vigorously enough to respond to Dyson’s demands for further improvements. We therefore moved quickly to terminate our relationship, with six months’ notice, enabling an orderly withdrawal.”

(Reporting by A. Ananthalakshmi; Editing by Carmel Crimmins and William Mallard) 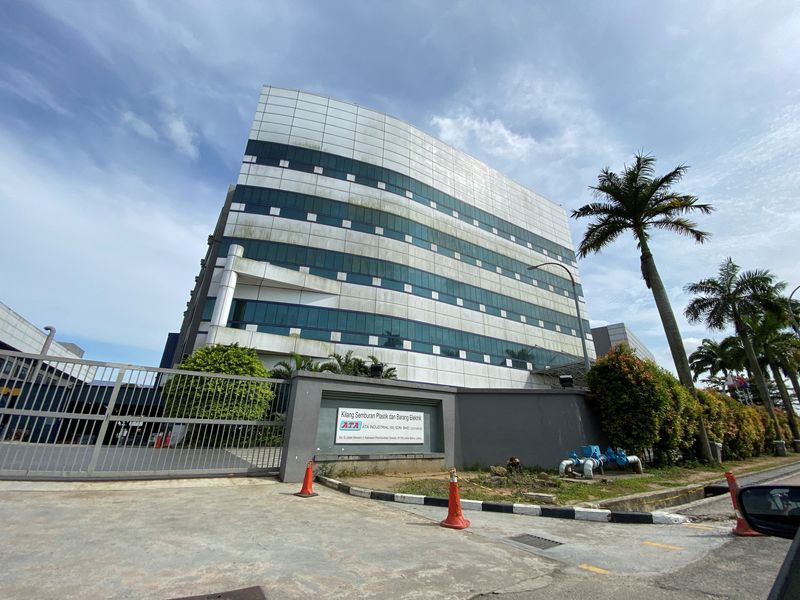