BERLIN – Benedikt Richter, a 40-year-old teacher in the southwest German city of Kaiserslautern, long held out against getting vaccinated against COVID-19. He felt uneasy about the novelty of the mRNA technology used in two of the most commonly administered shots.

It did not help that his sister-in-law was hospitalised with heart muscle inflammation a day after receiving her second shot, which doctors officially linked to her vaccine, Richter said. Regulators have acknowledged such conditions as a rare and mostly mild side-effect.

But when the European Union in December approved the use of the Novavax vaccine Nuxavoxid, which deploys a long-established protein-based technology, he became interested.

“I have done my research and I have a slightly better feeling about it,” said the father of two.

Data unearthed by Reuters suggests the new two-dose vaccine, recommended in Germany for basic immunisation for people over 18, is already going some way to convince more of the as-yet unvaccinated to get a shot.

Some federal states have opened waiting lists to receive Novavax shots. In Rhineland-Palatinate where Richter lives, for example, more than 14,300 people have put down their names. A private Berlin vaccination centre told Reuters they had around 3,000 people registered.

“The number is gigantic. We’re overwhelmed ourselves by how many people have signed up,” said Daniel Termann, a doctor at the Historic Factory vaccination centre in Berlin.

The recombinant protein technology behind the Novavax shot has been in use since the mid-1980s and is now a standard tool to fight hepatitis B, the human papillomavirus behind cervical cancer, and bacteria that cause meningitis.


A recent survey by researchers at the University of Erfurt with 1,000 participants found that even though unvaccinated Germans had more confidence in traditional vaccines than in mRNA vaccines, trust generally was still low. (Graphic: GRAPHIC-Vaccine confidence, https://graphics.reuters.com/HEALTH-CORONAVIRUS/byprjxdrope/chart.png)

Almost two thirds of the unvaccinated were completely against vaccination, the survey found, suggesting that only a small proportion would ever consider taking the Novavax shot.

“We are not convinced that it will be a game changer,” study co-author Lars Korn told Reuters.

Much is on the line. Germany has a lower inoculation rate than many other countries in western Europe at just 74.4% fully vaccinated.

But if Nuxavoxid were able to move the needle, that could prompt an easing of restrictions on public life that are dragging on the recovery of Europe’s largest economy.

A JAB FOR FREEDOM

The problem then would be more of how to ensure supply.

Germany is set to receive up to 34 million Nuvaxovid doses in 2022 and around 4 million doses should be delivered in the first quarter, a spokesperson for the health ministry said.

But there are around 20 million unvaccinated people in Germany. And a Reuters report showed on Tuesday that Novavax had delivered just a small fraction of the 2 billion COVID-19 shots it plans to send around the world in 2022 and had delayed first-quarter shipments in Europe and lower income countries such as the Philippines.


Health sector workers will be prioritised to receive the vaccine in the first quarter as a vaccine mandate for them will come into effect in mid-March, according to the federal health ministry.

That could prove frustrating for those who are nervous of mRNA vaccines but also fed up with restrictions on public life.

In many states in Germany, the unvaccinated are banned from non-essential shops and service providers like restaurants and barber shops.

In a group chat about Novavax on the Telegram messenger service, many of the more than 1,500 members toyed with getting the shot due to pandemic curbs.

Richter, who has had to take a daily COVID test to teach and learned how to cut his hair by himself, said his main motivation to get vaccinated was freedom.

He misses sauna visits, which get him through Germany’s dark winters, and would love to take his two children swimming again.

“I have two children and they are also restricted because of me,” he said. “I am not doing it out of conviction, but rather from external pressure.”

(Reporting by Riham Alkousaa in Berlin; Additional Reporting by Ludwig Buger and Tom Sims in Frankfurt; Editing by Nick Macfie) 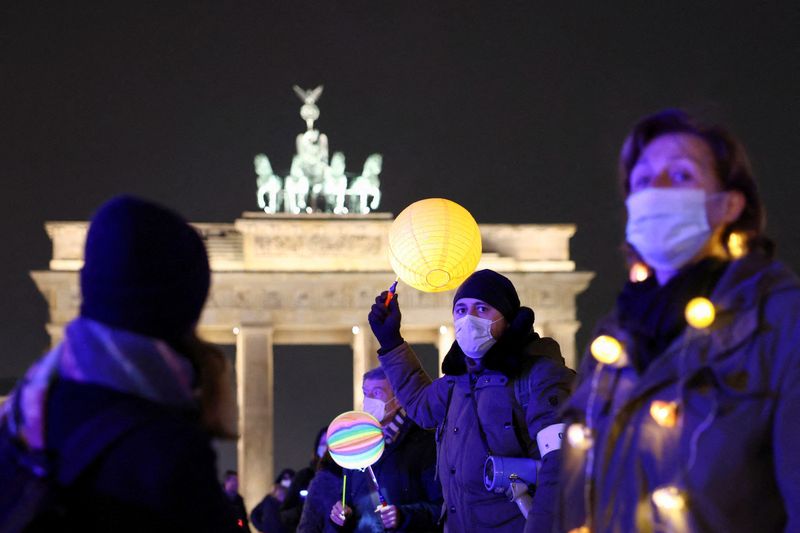 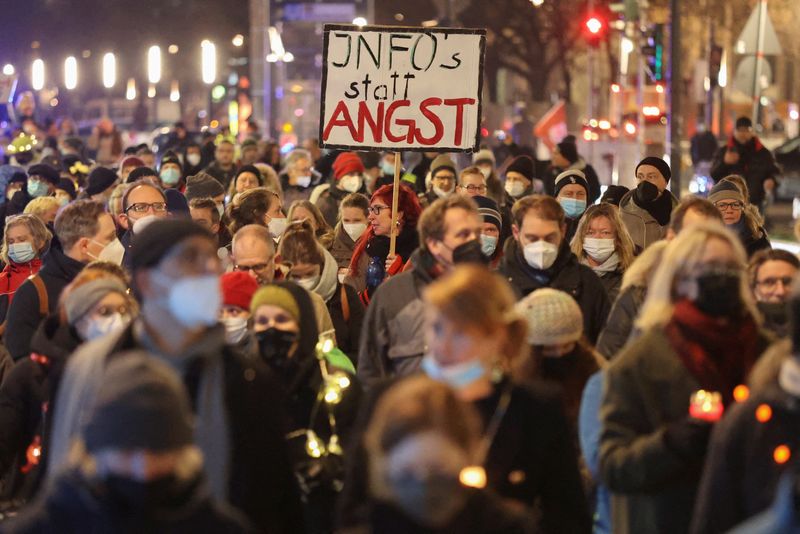 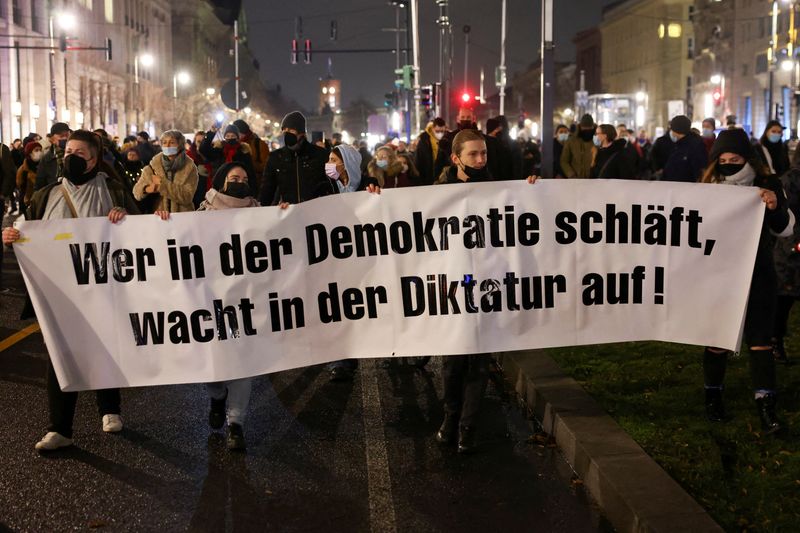