LIMA – A Peruvian community said on social media on Sunday that it will restart a road blockade against MMG’s Las Bambas mine, even as a second community agreed to a 45-day truce in its blockade.

Las Bambas, which produces 2% of the world’s copper supply, has said it will have to suspend production on Feb. 20 if the road is not cleared by then.

The threat leaves Las Bambas still at risk of suspending operations, even as the road was being cleared on Sunday. Leaders in the Ccapacmarca district agreed to lift their blockade for 45 days following a meeting with new Prime Minister Anibal Torres.

Minutes after the truce, leaders from Coporaque district, which briefly blocked the road as well this week, published their own statement.

“Good for our brothers in Ccapacmarca. Meanwhile, Las Bambas will not pass through Coporaque,” the Coporaque Defense Front said in a message on Facebook.

Roger Condo, a member of the Front, told Reuters that the road is currently clear but that they will meet on Monday to plan the blockade.

The road leading up to Las Bambas is a flashpoint of protests. Dozens of impoverished Andean communities lie along the winding 400 km dirt road, who have often complained the mine’s trucks pollute the environment while the company has failed to improve their quality of life.

Both Ccapacmarca and Coporaque are demanding that Las Bambas contribute more to their respective communities.


Since opening in 2016, the mining road has been blocked for over 400 days by several different groups, affecting the mine’s copper output.

Recent blockades have become a major headache for the leftist government of Pedro Castillo, which has promised to prioritize the needs of marginalized Peruvians but also requires mining tax revenue to fund social programs.

Las Bambas alone represents 1% of the country’s gross domestic product and already suspended operations in December because of a blockade. 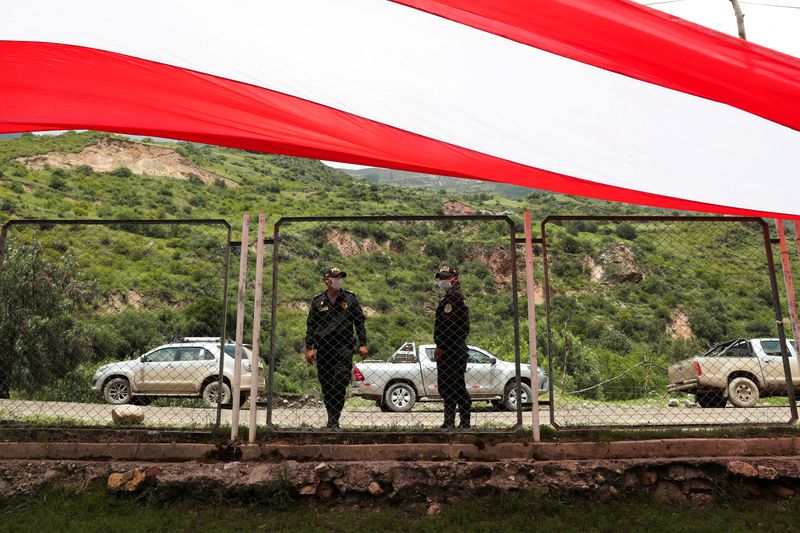