SINGAPORE – Record volumes of lower quality wheat from India and Australia are set to fill a gap left in Asia’s animal feed market by a shortage of corn exports from South America, where drought is expected to reduce output, traders and analysts told Reuters.

Combined wheat production from India and Australia, the second- and fifth-largest wheat growers, respectively, will top 143 million tonnes in the 2021-22 season, more than 20 million tonnes above the yearly average from the two from 2015 to 2020, according to U.S. Department of Agriculture (USDA) estimates.

As a result, their exports are expected to surge to a record 32.5 million tonnes this season, more than twice the average annual volume for the same period.

While much of these exports will be of food grade quality, a majority of Indian shipments and as much as a third of Australian exports will be suitable for use as animal feed across Asia, the world’s largest market for livestock grains.

“There is strong demand for Australian wheat. We have shipping slots all taken right up to May,” said Ole Houe, director of advisory services at agriculture brokerage IKON Commodities in Sydney.

“A lot of it is going into the feed market.”


South Korea has snapped up roughly 400,000 tonnes of new-crop Indian wheat last week, while the Philippines and other importers in Southeast Asia have been taking Australian wheat.

Corn is by far the most favoured feed grain in Asia, and its use in the sector is still expected to be more than five times greater than the volume of wheat.

Even so, wheat has been making inroads into Asian livestock rations in recent years. Last season it secured a record 16.1% share of Asia’s feed market for both corn and wheat, up from less than 12% in 2015.

GRAPHIC – Asia feed use of corn and wheat

The USDA estimate for 2021-22 feed wheat share in Asia is 14.7%, but that level could rise as feed exports climb just as corn shipments from drought-hit South America look set to slow.

Benchmark crop prices are also working in wheat’s favour, with most-active corn futures in Chicago trading at their smallest discount to feed-grade wheat in more than a decade this month.

Other suppliers of wheat are also offering feed-grade wheat to Asian buyers, but are being undercut by aggressive sellers within Asia.

Indian wheat is one of the cheapest origins available, quoted last week at $315 a tonne, including cost and freight (C&F), to Asian destinations. Australian Standard White (ASW) wheat is being offered at $335 a tonne C&F.In comparison, wheat from the Black Sea is around $355 a tonne C&F.

“Black Sea wheat has lost ground in Asia, given the lower output in Russia,” said one purchasing manager at a flour mill in Asia. “It is mainly Australia and India as of now.” 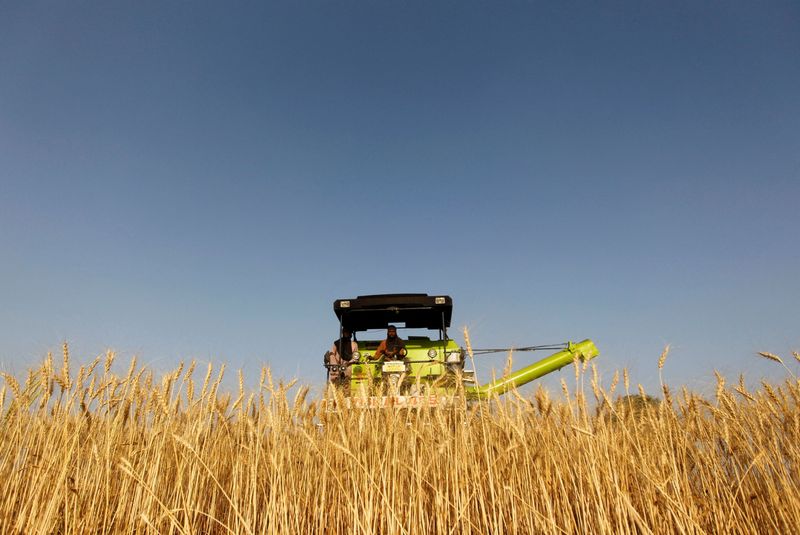