By Tom Westbrook and Harish Sridharan

SINGAPORE/BENGALURU – The Chinese yuan’s recoil from a near four-year high has raised market nerves that a recent period of stability is ending, which could leave regional peers exposed especially as U.S. interest rates start to rise.

A steady yuan, along with robust exports and currency reserves, has helped shield Asia’s emerging markets from the sort of exodus typically seen when developed market interest rates rise.

Yet slowing economic momentum and policy easing in China, amid expectations for as many as seven U.S. rate hikes this year, has cast a pall over the yuan outlook, historically an ill wind for neighbours.

“The yuan played a key role in stabilising Asian currencies in 2021 and even outperformed the dollar,” said Claudio Piron, co-head of Asia fixed income and FX at Bofa Securities in Singapore.

But the policy headwinds can drag it about 5% to 6.70 per dollar this year, he predicts.

“This yuan depreciation will have a negative spillover into Asian currencies, especially the South Korean won and Taiwan dollar.”

Already, volatility has returned for the yuan, which suffered its heaviest selling in seven months when it dropped sharply against the dollar on Jan. 27. The yuan is flat for the year so far, at about 6.36 per dollar.

A long rally in the Taiwan dollar has also paused and the South Korean won is trending downward and under pressure.


“The reasons that supported the yuan despite a weak economy are fading,” said Ken Peng, head of investment strategy in Asia at Citi Private Bank in Hong Kong.

“Bond inflows have already shrunk sharply as the positive carry disappeared,” he said, and the trade surplus will probably retreat from record levels, leaving the yuan vulnerable, he thinks, to dropping to 6.50 per dollar this year.

Foreign holdings of Chinese bonds rose to a record of almost $400 billion last month, but flows have been slowing as the gap between Chinese and U.S. 10-year yields has almost halved since December.

Analysts say a stable yuan provides a pillar of fundamental strength in the region as it reflects strong a Chinese economy. That is seen as positive for Asian exporters, reducing the immediate need for competitive currency devaluation.

While China’s central bank has vowed to keep the currency stable, authorities have also been stressing the need to prepare for two-way volatility and analysts expect downward pressure to intensify as U.S. interest rates rise.

Previous bouts of weakness, such as a devaluation to support the economy in 2015 or its slide due to trade tensions in 2018, have typically led to pressure on currencies including the Thai baht, Malaysian ringgit, Indonesian rupiah and Singapore dollar.

He does not expect a repeat of the regional contagion seen in 2015, as China’s outbound capital controls have since tightened, but he noted that the Philippines and Thailand appeared most vulnerable to foreign flows drying up.

So far the yuan has stopped rallying rather than fallen and the riskier corners of the region, such as Indonesia, have been remarkably resilient – a far cry from emerging markets’ walloping in 2013 when the rupiah fell 17% in five months.

Yet pressure could mount very quickly if the Federal Reserve starts raising rates as fast or faster than futures markets imply, and data suggests that the foreign equity investors left in the region already spent last month voting with their feet.

January’s outflows from Asia were the biggest in six months, led by $4.4 billion running out of Indian stocks. 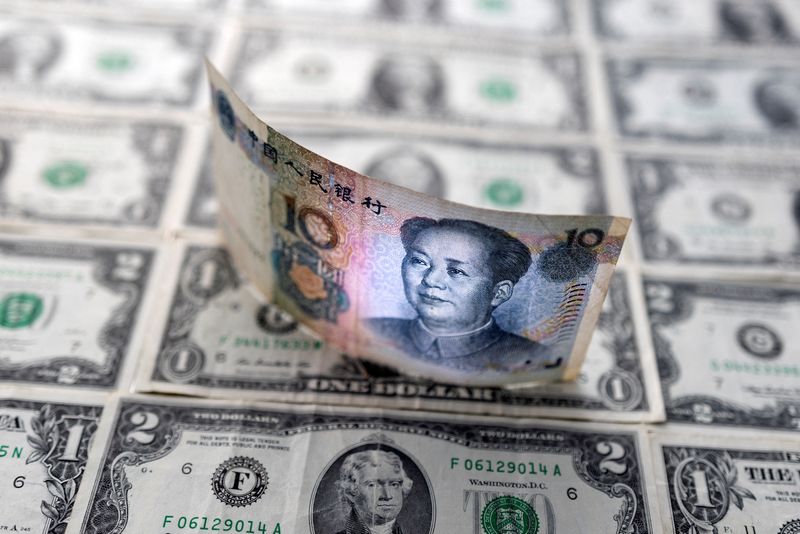