Jared Isaacman, founder and CEO of Shift4 Payments Inc, said his new “Polaris” collaboration with fellow billionaire and SpaceX chief Elon Musk could launch its first four-member crew as early as the fourth quarter of this year.

If successful, the initiative would mark yet another milestone in the growing commercialization of space, for which human exploration was long the sole domain of professional astronauts.

As he did in the history-making “Inspiration4” flight that carried a quartet of private citizens into orbit last September aboard a SpaceX Crew Dragon capsule, Isaacman plans to serve as mission commander of the Polaris Dawn mission.

A spokesman told Reuters that Isaacman and SpaceX “are investing in the mission together” but not revealing any financial details.

Isaacman, an experienced jet pilot who flew in the Black Diamond civilian aerobatics squadron and co-founded a private air force of fighter planes for military training, introduced his three Polaris Dawn crewmates on a conference call from Los Angeles on Monday.

Although none is a professional astronaut, all have close career ties to the aerospace field.

Rounding out the crew will be two lead space operations engineers from SpaceX – Sarah Gillis, who oversees the company’s astronaut training program, and Anna Menon, who manages crew operations development. Both have also served as SpaceX mission control operators.

Plans call for a SpaceX Falcon 9 rocket to launch the Polaris Dawn from Kennedy Space Center in Cape Canaveral, Florida, and for the crew to spend up to five days in orbit.

To achieve Isaacman’s objective of reaching the highest altitude ever in Earth orbit, Polaris would have to surpass the all-time record 850 miles (1,368 km) set in 1966 by NASA’s Gemini 11 mission.

The planned spacewalk, set for much lower orbit at about 310 miles (500 km) over the Earth, would prove an especially challenging feat as the first ever “extravehicular activity,” or EVA, attempted by non-professional astronauts.

A second Polaris mission would, like the first, make use of the Falcon 9-Crew Dragon combo that has become the SpaceX workhorse for numerous NASA missions.

But the third flight envisioned for the Polaris program would break ground as the first human flight aboard Musk’s next-generation Starship, which SpaceX is developing for eventual missions to the moon and Mars.

Undertaking the maiden crewed flight of a brand-new spacecraft without seasoned professional astronauts would stray from longstanding practice at SpaceX, which relied on NASA veterans to fly its first human missions of the Falcon 9 and Crew Dragon.

Polaris is not the only commercial space outfit looking to send its own crew to orbit in the near future.


SpaceX plans separately to launch a four-person private crew of the Houston-based spaceflight company Axiom to the International Space Station on March 30 for what would be the first all-private flight to dock at the orbiting research laboratory. The debut Axiom crew includes a retired NASA astronaut and a former Israeli fighter pilot. 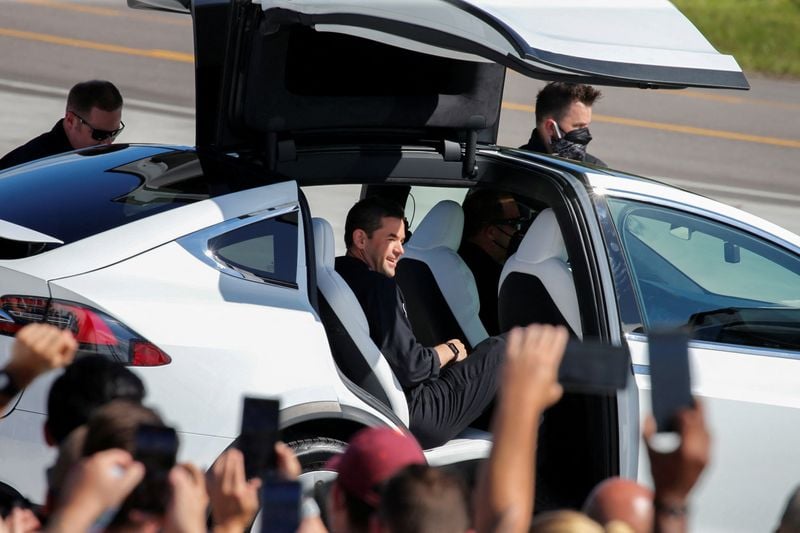 Bye bye Boris: UK PM Johnson bows out with regrets but no apologies

Bye bye Boris: UK PM Johnson bows out with regrets but no apologies