OTTAWA -Canadian Prime Minister Justin Trudeau on Monday activated rarely used emergency powers in an effort to end protests that have shut some U.S. border crossings and paralyzed parts of the capital.

Under the Emergencies Act, the government introduced measures intended to cut off protesters’ funding and took steps to reinforce provincial and local law enforcement with federal police.

“The blockades are harming our economy and endangering public safety,” Trudeau told a news conference. “We cannot and will not allow illegal and dangerous activities to continue.”

But the Canadian Civil Liberties Association said the government had not met the standard for invoking the Emergencies Act, which is intended to deal with threats to “sovereignty, security and territorial integrity,” the group said.

The “Freedom Convoy” protests, started by Canadian truckers opposing a COVID-19 vaccinate-or-quarantine mandate for cross-border drivers, have drawn people opposed to Trudeau’s policies on everything from pandemic restrictions to a carbon tax. Copycat trucker protests have also sprung up in Israel, France, Australia and New Zealand.

Protesters blockaded the Ambassador Bridge, a vital trade route between Windsor, Ontario, and Detroit, for six days before police cleared the protest on Sunday while others have shut down smaller border crossings in Alberta, Manitoba and British Columbia. Protests in Ottawa, the nation’s capital, entered a third week.

Protesters camped in front of the Canadian Parliament, some of whom want the prime minister to meet with them, said the latest steps were excessive. “It’s an extreme measure that isn’t necessary,” said protester Candice Chapel.

“We are making these changes because we know that these (crowdfunding) platforms are being used to support illegal blockades and illegal activity which is damaging the Canadian economy,” Freeland said.

Canadian authorities have said about half of the funding for the protests has come from U.S. supporters. Toronto-Dominion Bank last week froze two personal bank accounts that received C$1.4 million ($1.1 million) for the protests.

A U.S.-based website, GiveSendGo, became a prime conduit for money to the protesters after mainstream crowdfunding platform GoFundMe blocked donations to the group. An Ontario court last week ordered GiveSendGo to freeze all funds supporting the blockade, but it said it would not comply.

Amid criticism that the police approach to demonstrations has been too permissive, Trudeau will use federal officers to back up provincial and local forces. “Despite their best efforts, it is now clear that there are serious challenges to law enforcement’s ability to effectively enforce the law,” he said.

In the western Canadian province of Alberta, police said they broke up a group that was armed and prepared to use violence to back a blockade at a border crossing with the United States.

The Canadian Parliament must approve the use of the emergency measures within seven days, and the left-leaning New Democrat party said it would support Trudeau’s Liberal minority government to pass the measures.

Trudeau said the measures would be geographically targeted and time limited.

Ontario said it will speed up its plan to remove proof-of-vaccination requirements and lift pandemic-related capacity limits for many businesses while Alberta ended its mask requirements for school children on Monday. 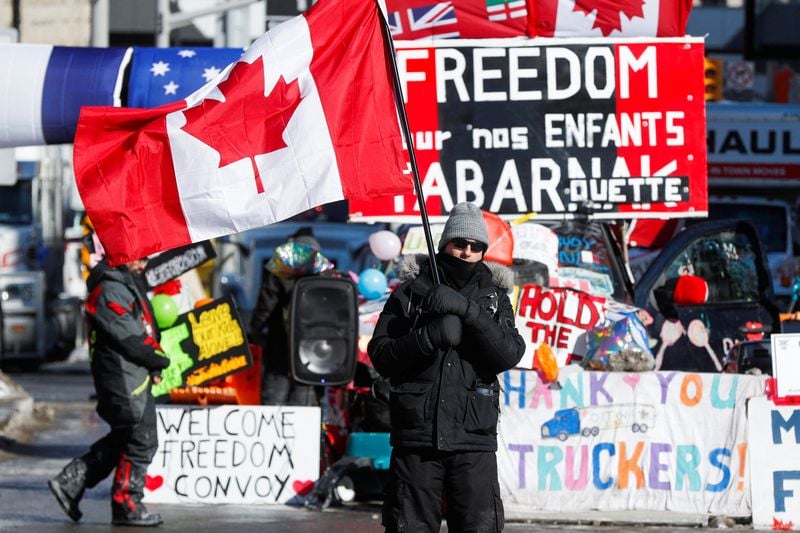 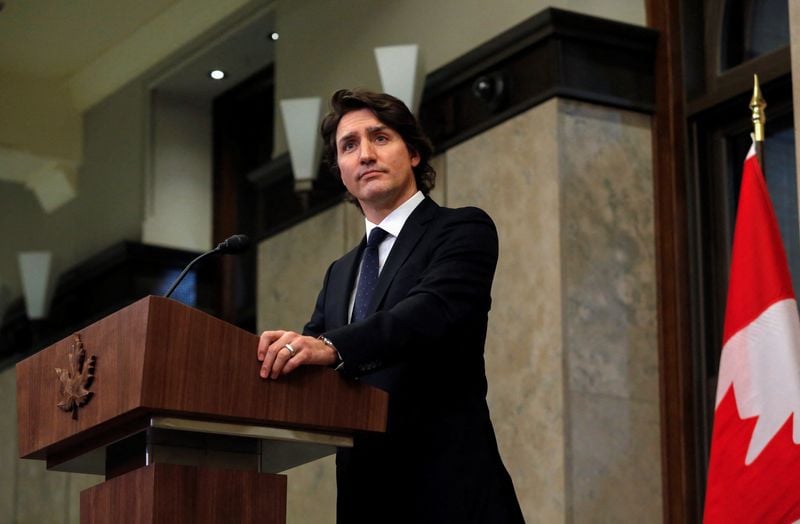 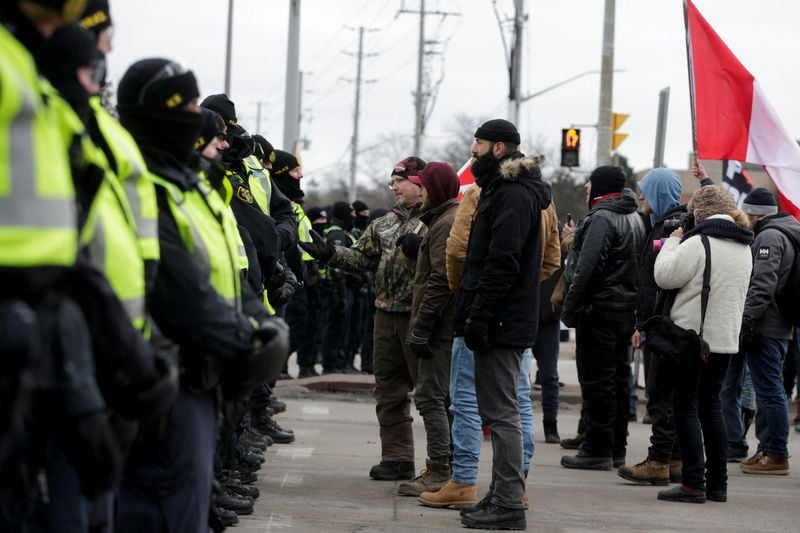 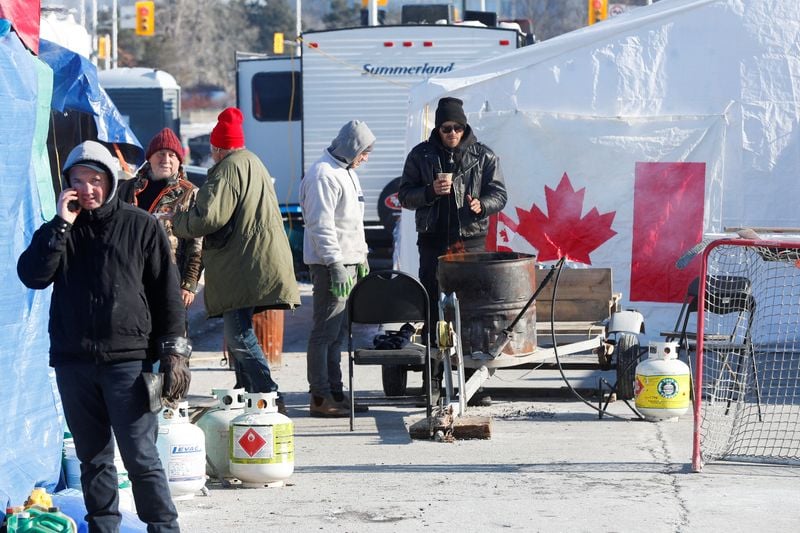 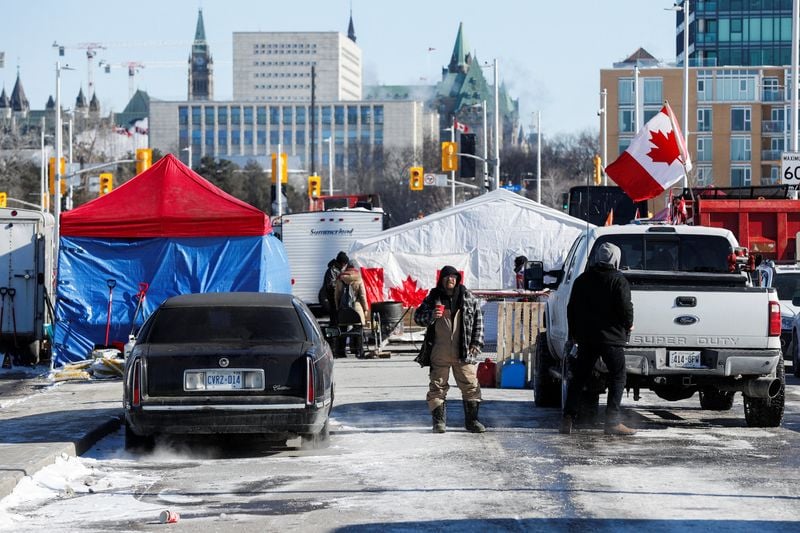 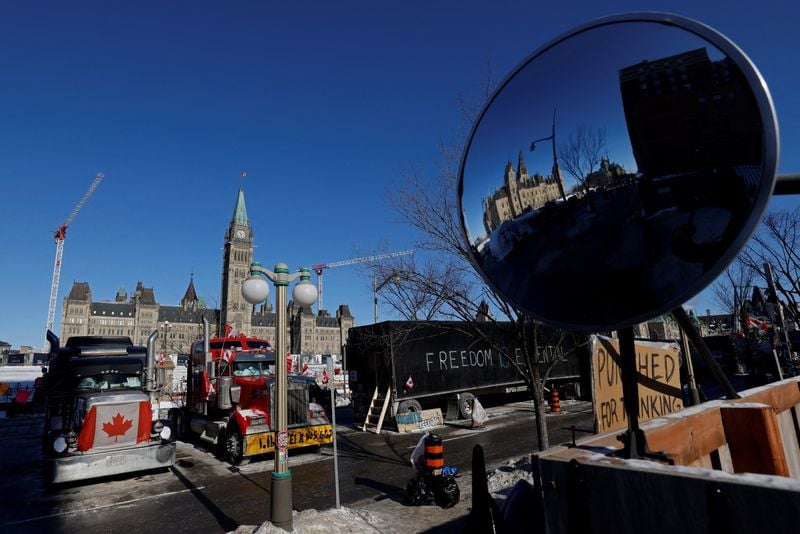