Here is a timeline of key events leading up to the trial.

July 2015 – The Wall Street Journal reports that Malaysian investigators have traced nearly $700 million from entities linked to 1MDB to bank accounts in the name of Malaysian Prime Minister Najib Razak. He denies the allegations, calling the reports “political sabotage.”

February 2016 – Tim Leissner, senior Goldman Sachs investment banker and chairman of its Southeast Asia business, leaves the bank. Leissner had helped arrange the sale of U.S. dollar bonds for 1MDB. The bank drew criticism from Malaysian politicians over the hefty amount it earned from these transactions.

July 2016 – The U.S. Department of Justice files lawsuits seeking to seize dozens of properties tied to 1MDB, saying that over $3.5 billion was misappropriated. The funds were used to purchase high-end real estate, jewelry and artwork, and finance the production of the Hollywood film “The Wolf of Wall Street,” the lawsuits allege.

July 2018 – Najib is arrested by Malaysian authorities on charges linked to the 1MDB scandal. He had led the country for nearly a decade and recently lost a bid for reelection.


December 2018 – Malaysia files criminal charges related to the scandal against Goldman Sachs, Leissner, Ng, Low and other individuals. Low has not been arrested by U.S. or Malaysian authorities.

May 2019 – Ng is extradited to the United States and pleads not guilty to criminal charges.

August 2019 – Malaysia files criminal charges against 17 current and former directors at subsidiaries of Goldman Sachs as a result of its 1MDB probe.

July 2020 – Najib is convicted of corruption and sentenced to 12 years in jail.

October 2020 – Goldman says it will claw back $174 million in executive compensation and pay $2.9 billion to settle with the U.S. Department of Justice and other U.S. and overseas regulators over its role in the scandal. The bank’s Malaysia subsidiary pleads guilty to conspiracy in a U.S. court.

December 2021 – A Malaysian court upholds Najib’s conviction on corruption charges over the 1MDB scandal. He says he will appeal the decision to Malaysia’s top tribunal.

Feb. 8, 2022 – Chief Judge Margo Brodie selects 12 jurors and six alternates to hear the case, which is estimated to last five to six weeks. 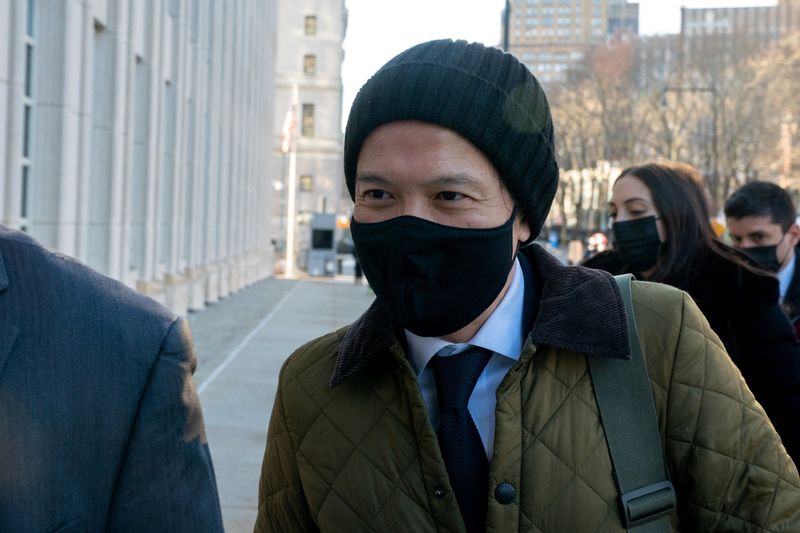