-The province of Alberta will toughen its greenhouse gas emissions standards for oil sands mines, closing a loophole that rewarded some of Canada’s highest-emitting facilities with millions of dollars’ worth of tradeable credits, its environment ministry told Reuters.

Alberta is updating industry benchmarks that set emissions reduction requirements per unit of production for mines and upgraders, the ministry said. Canada’s oil sands produce some of the world’s most carbon-intense crude.

The country’s largest oil-producing province has already raised the stringency of facility-based benchmarks, a second way that the government sets emissions standards for industrial sites, according to the ministry.

The government was confirming an earlier Reuters report.

Even so, mines and upgraders collectively generated 2.4 million emissions performance credits in 2020 and were required to pay for 700,000, the first year of a new emissions regulatory system from Premier Jason Kenney’s government, according to public government figures.

That comes out to a net figure of 1.7 million credits, worth about C$54.4 million ($42.67 million) to those oil companies, based on the trade value of about C$32 per credit. Credits trade at around 80% of the federal carbon price, which was C$40 per tonne in 2021, when emitters could use 2020 credits for compliance.

Alberta’s changes will mean that mines and upgraders will no longer financially benefit from their emissions when they account later this year for their 2021 performance, the sources said. They were not authorized to speak publicly.

Large emitters can choose to measure their emissions intensity, or carbon per barrel, against a facility’s past performance, or against an industry benchmark.

“This is fundamentally the problem, that a facility can show some continuous improvement and gain credits, but still be a high emitter and be a relatively poor emissions performer from its peers,” said Dave Sawyer, an environmental economist who advised a previous Alberta government on managing emissions.

A spokesperson for industry group Canadian Association of Petroleum Producers said it has not seen details of the changes and could not comment.

Provinces can design their own system to charge emitters for carbon pollution, like Alberta’s TIER, or adopt the federal system. Provinces that use their own system require Ottawa to deem them equivalent with minimum national stringency standards.

Ottawa has deemed TIER equivalent, but is strengthening national criteria starting in 2023 and expects provinces to propose changes to their systems soon to comply, said a spokesperson for Canadian Environment Minister Steven Guilbeault.

Unlike mines, oil sands in situ sites collectively bought more credits than they earned in 2020. This is because they made less progress reducing emissions intensity than mines, one of the sources said. 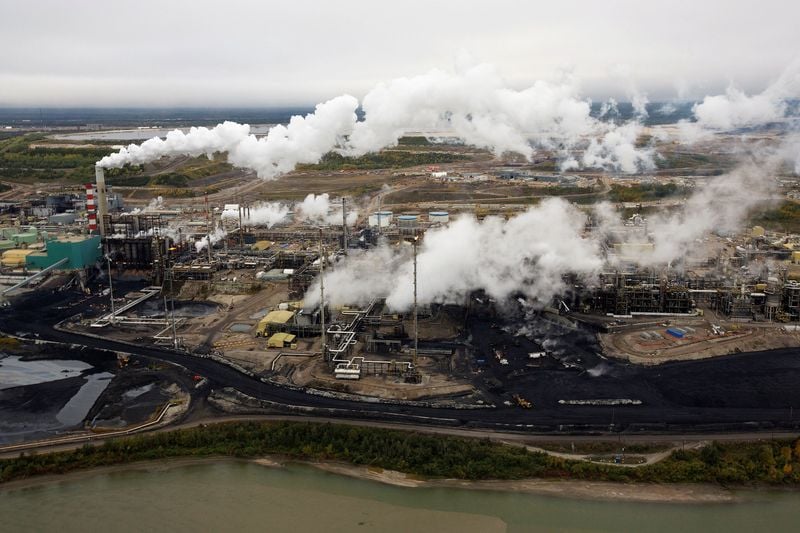