LONDON – Russian mercenaries with ties to Moscow’s spies have increased their presence in Ukraine in recent weeks, stoking fears among some NATO members that Russia could try to engineer a pretext for an invasion, three senior Western security sources said.

They said their concerns had strengthened in recent weeks that a Russian incursion into Ukraine could be preceded by an information war, and cyber attacks on Ukraine’s critical infrastructure such as electricity and gas networks.

Russia could also use the mercenaries to sow discord and paralyse Ukraine through targeted assassinations and the use of specialised weaponry, the sources said.

The United States warned again on Sunday that Russia could stage a “false flag” operation inside Ukraine to justify an invasion.

“It is likely that Russian mercenaries, under the direction of the Russian state, will be involved in any hostilities in Ukraine, potentially including a pretext for an invasion,” said one Western security source, who spoke on condition of anonymity.

The Western security sources said mercenaries were deploying from Russian private military companies (PMCs) with close ties to the Federal Security Service (FSB), the main successor to the Soviet-era KGB, and the GRU military intelligence agency.

Among those deployed in recent weeks was a former GRU officer who also worked in the Wagner mercenary group. The former officer has gone to Donetsk, one of two regions in eastern Ukraine controlled by pro-Russian separatists since 2014, the sources said.

Reuters was unable to ascertain what the former officer, whose identity was not provided, had been tasked with doing. Reuters was also unable to reach the Wagner Group for comment.

The Kremlin told Reuters on Monday that Russia was not strengthening its presence on Ukrainian territory and that Russian troops had never been present there and were not now.

The Russian Defence Ministry declined to comment when asked in writing on Friday about the Western allegations.

The sources also told Reuters that some operatives of the Wagner mercenary group have been embedded on the Ukrainian border after training at a GRU base near the southern Russian city of Krasnodar.

Reuters was unable to independently verify the information about the activities of Russian mercenaries in eastern Ukraine.

Other Russian mercenary groups linked to the FSB and GRU have also increased their activities in Ukraine since the start of the year, the sources said.

Reuters could not reach the mercenary groups in Ukraine for comment.

The United States has expressed fears that Russia could use mercenaries, special operations forces and other grey-zone warfare techniques to delegitimize Kyiv ahead of invasion, several U.S. officials told Reuters.

The Pentagon referred Reuters to remarks by Pentagon spokesman John Kirby who said earlier this month that Russia was seeking to fabricate a pretext for an invasion.

Russian President Vladimir Putin has said Wagner and other private groups neither represent the Russian state nor are paid by it, though he says they have a right to operate provided they do not break Russian law.

The European Union imposed sanctions on Wagner last year, accusing it of fuelling violence, looting natural resources and destabilising countries around the world.

Russia denies it plans to annex another part of Ukraine and Putin says the West is sowing hysteria in a crude attempt to lure Russia into war after ignoring the Kremlin’s concerns about NATO enlargement after the Cold War. 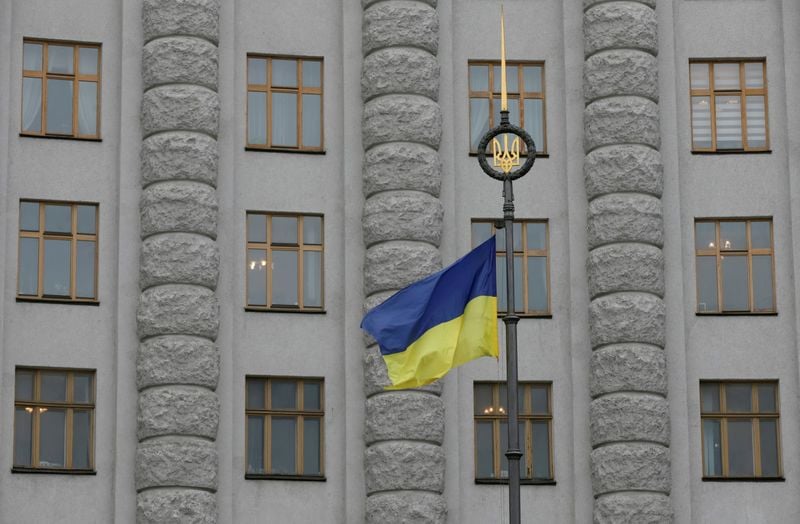