– A Johnson & Johnson subsidiary came under attack in court on Monday for attempting to use the bankruptcy process to resolve tens of thousands of claims that its baby powder and other talc-based products caused cancer.

The subsidiary, LTL Management, is fighting to remain in bankruptcy, arguing that is the best way to reach an “equitable, efficient, and consensual resolution” of more than 38,000 claims alleging that J&J’s talc-based products caused cancers including mesothelioma. J&J maintains that its consumer talc products are safe.

J&J used a legal maneuver known as the “Texas two-step,” which allows companies to split valuable assets from liabilities through a so-called divisive merger.

Lawyers representing cancer patients say that the bankruptcy case is meant to delay and frustrate lawsuits that would otherwise go to a jury trial against J&J directly.

“At its core, this case is rotten,” Jeffrey Jonas, a lawyer for one of the plaintiffs’ committees said during Monday’s opening arguments.

Robert Wuesthoff, president of LTL Management, testified that it would be impossible to take all of the cases to trial. Before LTL was formed, J&J had completed about 10 talc trials per year, Wuesthoff said.

Most of the cancer plaintiffs would be better off resolving their claims in a bankruptcy settlement than hoping to join the “select few” who won “lottery-sized awards” in jury trials, he added.

As Reuters has reported, J&J secretly launched “Project Plato” last year to shift liability from its pending talc lawsuits to the newly created subsidiary, which was then to be put into bankruptcy.

If J&J gets bankruptcy-court approval, such a strategy, while rarely used, could be adopted more widely by big companies facing liability, according to lawyers for talc plaintiffs, as well as some legal experts.

Democratic lawmakers in the House of Representatives in July 2021 proposed a bill that would block the maneuver.

U.S. Bankruptcy Judge Michael Kaplan in New Jersey has scheduled a five-day trial to consider a bid by committees representing the plaintiffs to dismiss the bankruptcy case. Kaplan has said he intends to rule before the end of the month.

Lawyers for the plaintiffs argue that allowing the LTL bankruptcy to proceed would unfairly cap the payout at the $2 billion that J&J has proposed to make available for people who have been harmed.

Brian Glasser, an attorney who represents mesothelioma claimants, said on Monday that J&J settled 6,846 talc cases for $966 million before deciding to push those legal risks into LTL.

If J&J reached comparable settlements in all of the 38,000 talc cases pending against it, the company would have about $5.5 billion in liability, which would not cause “financial distress” to a company of J&J’s size, Glasser said.

“Just because Johnson & Johnson is both rich, and fearful of reputational harm, does not give it a right to opt out of the jury system,” Glasser said.

The talc lawsuits have been temporarily halted while J&J, which has a market value exceeding $446 billion, awaits the outcome of the LTL bankruptcy proceedings.

A 2018 Reuters investigation found that J&J knew for decades that trace amounts of asbestos, which has been linked to mesothelioma, lurked in its baby powder and other cosmetic talc products.

The company stopped selling baby powder in the United States and Canada in May 2020, in part due to what it called “misinformation” and “unfounded allegations” about the talc-based product. 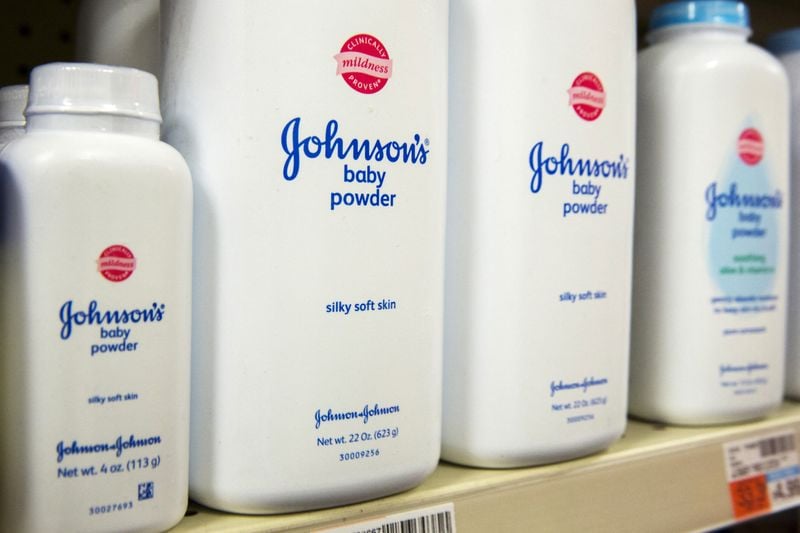