Central banks and their interest rate intentions are taking a back seat for markets on Monday, following warnings that Russia could invade Ukraine at any time.

Asian shares outside Japan are down about 1.5%, Tokyo’s Nikkei has slid over 2% and European stock futures are sharply lower.

Oil prices have hit their highest in more than seven years on fears that a possible invasion of Ukraine could trigger U.S. and European sanctions on Russia and disrupt energy exports.

Hectic diplomacy is under way to prevent war; German Chancellor Olaf Scholz travels to Kyiv on Monday and then to Moscow on Tuesday for talks with Russia’s Vladimir Putin.

The BBC also quoted Ukraine’s ambassador to Britain as saying the country could drop its bid to join NATO to avoid war with Russia — potentially a major concession to Moscow.

Russia’s meanwhile rouble fell 0.5% versus the dollar, failing to benefit from a $95 oil price.

Another fallout from the tensions is that investors have slowed their exit out of safe-haven debt. Yields on German bonds — viewed among the safest assets globally — are falling in early European trade.

Latest Federal Reserve comments also appear to be taking the edge off speculation that the Fed could deliver an aggressive 50 basis point rate hike in March to contain inflation.

Being too “abrupt and aggressive” with rate increases could be counter-productive to the Fed’s goals, San Francisco Federal Reserve Bank President Mary Daly said on Sunday, signalling she is not yet prepared to come out of the gate with a half-percentage-point interest rate hike next month. 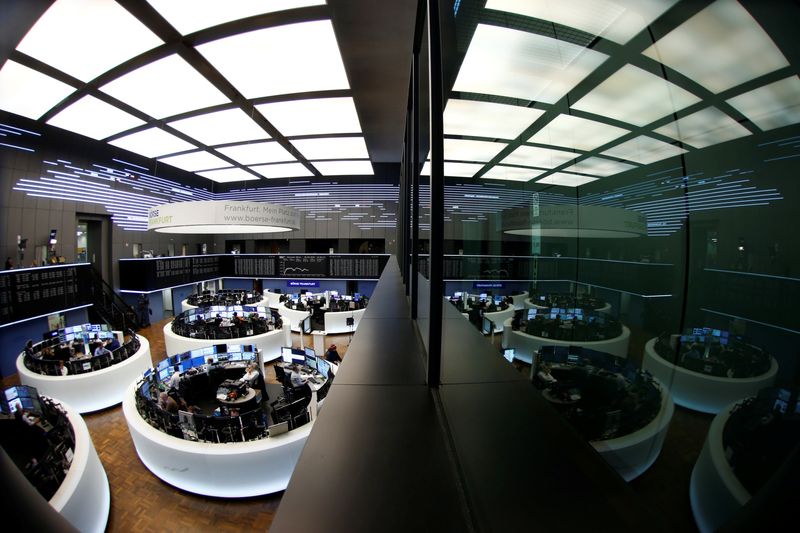