MEXICO CITY – Mexican President Andres Manuel Lopez Obrador on Monday defended his decision last week to disclose the purported salary of a prominent journalist, a step which drew widespread criticism at a time of heightened concern for reporters’ security in the country.

On Friday, Lopez Obrador divulged what he said was the 2021 salary of journalist Carlos Loret de Mola, who has published details about a home in Texas rented by a son of the president that belonged to an executive from a company doing business with state oil firm Petroleos Mexicanos (Pemex).

When asked by a reporter at his regular news conference if he believed his decision to go public with the purported salary of a private citizen was correct, Lopez Obrador said media outlets are “entities of public interest.”

Loret last week said the president’s actions had put him in danger, and that the salary data were in any case incorrect.

Lopez Beltran said he earned 100% of his living working as a legal adviser for construction firm KEI Partners.

The president said KEI Partners is owned by the children of Daniel Chavez, a businessman who is advising Lopez Obrador on a major infrastructure project.

Lopez Obrador said Loret’s reports were intended to undermine him and his effort to rid Mexico of corruption.

His singling out of the journalist comes amid a deadly streak of attacks on the media in Mexico, with five media workers killed so far in 2022. 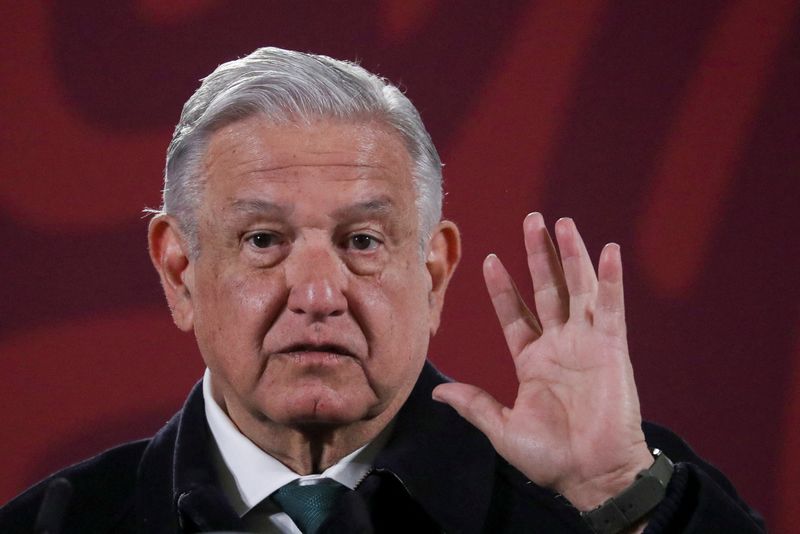