BRUSSELS – NATO defence ministers are expected this week to set in motion a plan that could establish four multinational battlegroups in southeastern Europe in response to Russia’s military build-up in Ukraine, three diplomats said.

Allied ministers meeting on Wednesday and Thursday will decide whether to order their military commanders to draw up plans to deploy battlegroups of some 1,000 troops each to Bulgaria and Romania, and possibly to Slovakia and Hungary.

With NATO meeting as the United States warns of an imminent Russian invasion of Ukraine, diplomats told Reuters that ministers are likely to agree to the first step of directing commanders to come up with a detailed plan for the four battlegroups on land.

“There will be a tasking that allows us to escalate but also to de-escalate if Russia pulls back its military,” a senior NATO diplomat said, stressing that any new battlegroups would be on top of recent allied offers by Britain, the United States and others of ships and planes to reinforce NATO’s eastern flank.

Ukraine is not a NATO member and the alliance is under no treaty obligation to defend it. Reinforcements in the Black Sea would show resolve in the strategically important region, and in countries such as Hungary and Slovakia that border Ukraine.

Any final decision on deployments would come later on, although both France and Bulgaria have offered to lead the battlegroups in Romania and Bulgaria respectively.

The move would be NATO’s biggest shift in force posture since it set up its “Enhanced Forward Presence” battlegroups in Estonia, Lithuania, Latvia and Poland – backed by tanks, air defences and intelligence and surveillance units – in response to Russia’s annexation of Crimea in 2014.

Any deployments would go against Moscow’s security demands for the alliance to withdraw troops from eastern Europe.

NATO insists that the battlegroup format used in the Baltics is not a permanent stationing of troops, rather a “persistent” presence of rotating soldiers to serve as a tripwire for a larger response force should Russia invade NATO territory.

NATO Secretary-General Jens Stoltenberg has hinted at the possibility of more battlegroups.

On Feb. 7 he said: “We are considering more longer-term adjustments to our posture, our presence in the eastern part of the alliance. No final decision has been made on that but there is a process now going on within NATO.”

A French presidency official said French troops will deploy to Romania only after a NATO decision and that the designing and arming the battlegroups would still take time because allies must come forward to participate.

“There will be a debate within the North Atlantic Council and we are basically aiming for a deadline of a few months,” the official said.

However, with Slovakia and Hungary wary of provoking Russia, diplomats said the alliance may avoid a carbon copy of the Baltic battlegroups’ model in the south east.

Instead, NATO could consider a multinational force led by France in Romania that would coordinate allied exercises in eastern Europe and allow troops to flow in and out of the region without establishing a formal presence. 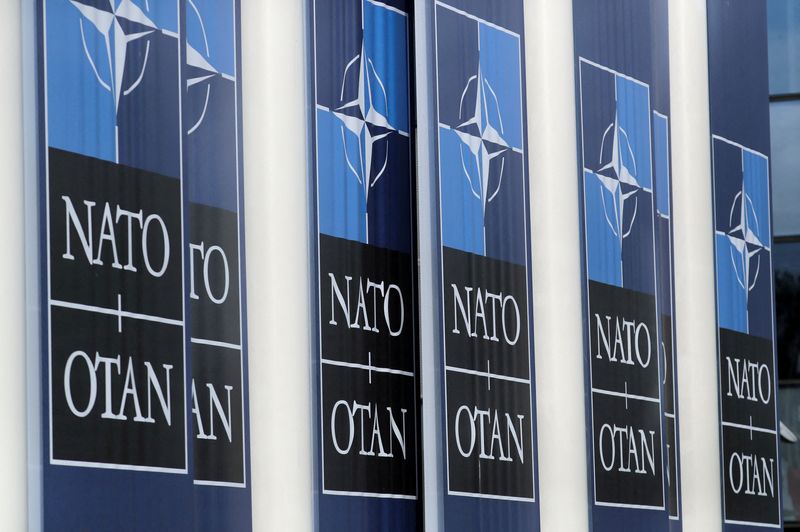