NEW YORK – Oil prices surged over 2% on Monday to their highest in more than seven years as Ukraine’s president declared a “day of unity” for Feb. 16, a date that some Western media have cited as a possible start of a Russian invasion.

Russia is one of the world’s largest oil and gas producers, and fears that it could invade Ukraine have driven the rally in oil closer to $100 per barrel, a level not seen since 2014.

“The market remains hyper-sensitive to the developments over the Russian/Ukraine situation,” said John Kilduff, partner at Again Capital in New York. “This is now intensifying to a terrific degree. Right now, it’s buy now, ask later.”

Ukrainian President Volodymyr Zelenskiy called on Ukrainians to fly the country’s flags from buildings and sing the national anthem in unison on Feb. 16.

Ukrainian officials stressed that Zelenskiy was not predicting an attack on that date, but responding with skepticism to foreign media reports. Several Western media organisations have quoted U.S. and other officials citing the date as when Russian forces would be ready for an attack.

The United States sees no “tangible sign” of de-escalation of Russian forces on the Ukraine border, the U.S. State Department said. It remained unclear whether Russia was interested in pursuing a diplomatic path, the State Department added.

Secretary of State Antony Blinken said the United States was relocating its embassy operations in Ukraine from the capital Kyiv to the western city of Lviv, citing the “dramatic acceleration in the buildup of Russian forces.”

Russia has amassed thousands of troops near Ukraine’s borders, but Moscow denies it plans to invade and has accused the West of hysteria. The United States warned on Sunday that Russia could invade Ukraine at any time and might create a surprise pretext for an attack. [MKTS/GLOB]

Russia is one of the largest crude oil producers, with a capacity of about 11.2 million barrels per day, said Nishant Bhushan, senior oil market analyst for Rystad Energy.

“Any disruption of oil flows from the region would send Brent and WTI prices skyrocketing higher far above $100, in a market struggling to supply the increased demand for crude as economies recover from the pandemic,” Bhushan said.

The Organization of the Petroleum Exporting Countries and its allies including Russia, a group known as OPEC+, has struggled to deliver monthly pledges to increase output by 400,000 barrels per day (bpd) until March.

The IEA has said the gap has widened between the OPEC+ target and actual output.

Investors are also watching talks between the United States and Iran. The Iranian foreign minister said Iran was “in a hurry” to reach a swift agreement in nuclear talks in Vienna, provided its national interests are protected.

“A nuclear deal between the United States and Iran could release 1.3 million barrels of supply, but this will not be sufficient to ease the supply constraints,” said Pratibha Thaker, the Economist Intelligence Unit’s editorial director for the Middle East and Africa.

(Reporting by Stephanie Kelly in New York; Additional reporting by Bozorgmehr Sharafedin in London and Florence Tan in Singapore; Editing by David Gregorio and Marguerita Choy) 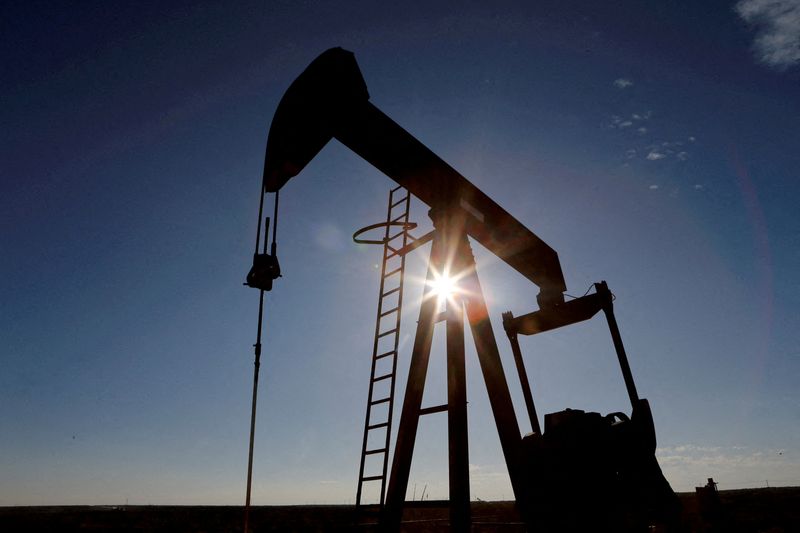