Luckin Coffee sold out of Gu-endorsed drinks, with a spike in cup-holders bearing her image, and the Chinese chain immediately said it would launch more Gu-linked products throughout the year.

The San Francisco-born skier won a silver medal in Tuesday’s slopestyle final, earning more praise on Chinese social media for redeeming herself on a third jump after an earlier mistake.

With another gold medal still in the offing, her closely scrutinised decision to compete for China appears to be paying off, commercially at least.

Her global endorsements include Estee Lauder, Victoria’s Secret, Tiffany & Co and Oakley, which have all targeted the China market in recent years.

Her soaring popularity in China could propel her into the ranks of the world’s top earning athletes if she can continue to avoid major controversy.

Michael Payne, former marketing chief of the International Olympic Committee, cited China’s aim to get 300 million people involved in winter sports when he described the opportunity for Gu as unprecedented.

“If you look at the most successful athletes like Michael Phelps, I think we were talking about earning up to $100 million … there’s no question that if she continues to bring in the golds, she will be in the same league.”

Winter Olympians, competing in niche sports, typically lag their Summer counterparts in earning power. Exceptions include snowboarder Shaun White, who made $8 million in 2009 in his heyday and $1.5 million in the 12 months leading up to the Beijing Games, according to Forbes.

Gu’s looks, athletic achievements, dual-national appeal and power as an influencer put her on a level of her own.

Following her freeski Big Air gold medal win, Tiffany & Co began trending on Chinese social media after she removed her Anta gloves to reveal four rings that netizens quickly identified as made by the LVMH-owned jeweller, which Gu endorses.

Chinese media has buzzed with speculation over Gu’s endorsements, with the Beijing News reporting her fee at $2.5 million after-tax and total earnings from brand deals in the past year over 100 million yuan, citing industry sources. News outlet Tianxiashangwang estimated that Gu’s earnings since the start of 2021 exceeded 200 million yuan ($31.5 million).

Her agent Tom Yaps did not respond to a request for comment.

Gu ticks multiple boxes in China thanks to her image as a model student and pride in her decision to compete for the country of her mother’s birth, said Bryce Whitwam, adjunct professor of marketing at NYU in Shanghai.

“She is extraordinarily charismatic and her appealing to Chinese culture and the simple fact that she came to China to want to be Chinese, that is a huge win for her,” he said, describing China’s “Gu-mania”.

With her carefully worded answers, which avoid directly addressing questions about her citizenship, and Beijing-accented Mandarin that has charmed many, Gu has managed to sidestep controversy during the Games, despite some online grumbling that she lives a life of privilege unattainable to most.

Hu Xijin, a prominent columnist at the Communist Party-run Global Times, suggested on Sunday that because Gu could end up choosing U.S. citizenship, she should be cheered on as part of team China, not as a patriotic symbol.

“She gives the Chinese public happiness, so there is no shame in seeking a commercial return,” Hu wrote. “But the political elements need to be minimised as much as possible. It is risky for Gu Ailing to be that kind of a vector,” he said.

Unlike her gravity-defying ski tricks, Gu’s public persona is low-risk: she supports Black Lives Matter but avoids questions about human rights in China, instead presenting herself as a bridge-builder and global ambassador for skiing.

“Eileen has done a great job in making sure she does not say the wrong thing, but you know what? You are going to mess up sometimes,” Whitwam said.

Gu’s earning power in both countries could be dimmed by worsening bilateral tensions.

Her decision to compete for China has drawn criticism in the United States, while in China she must navigate what has been tightening oversight over celebrities, with many stars cancelled by authorities after missteps.

“It could be a simple Tweet, it could be a very simple mistake and they will wipe her clean from any kind of coverage, like they’ve done with many other Chinese celebrities,” Whitwam said. 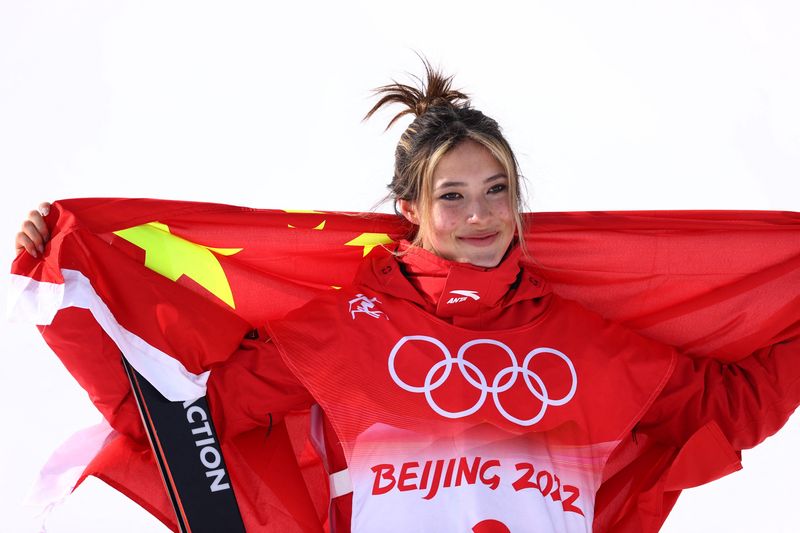 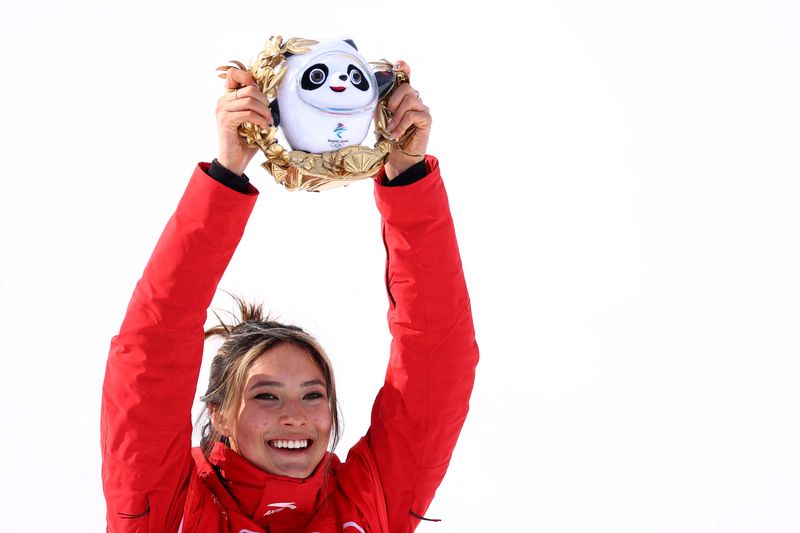 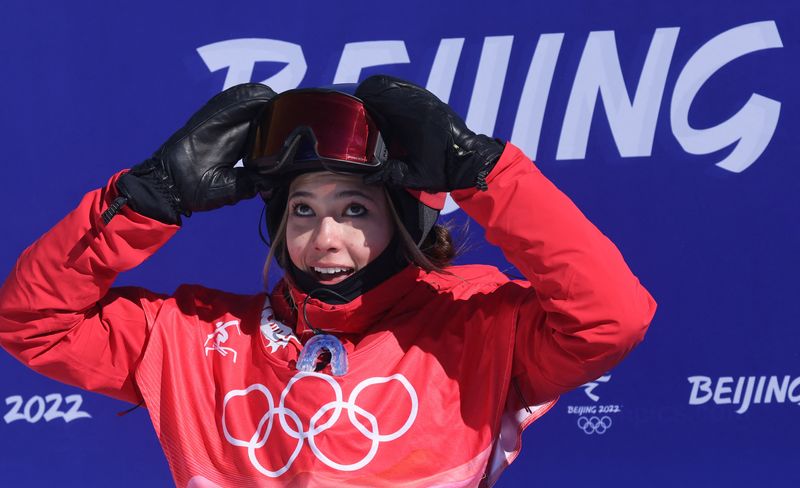 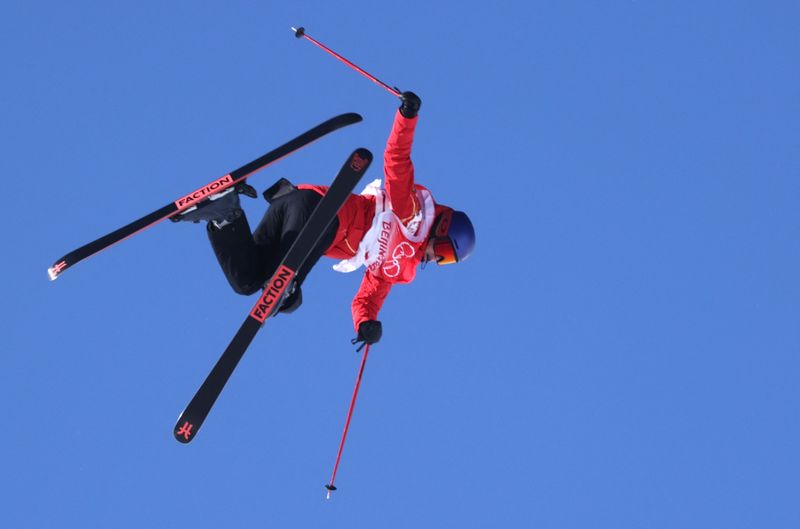 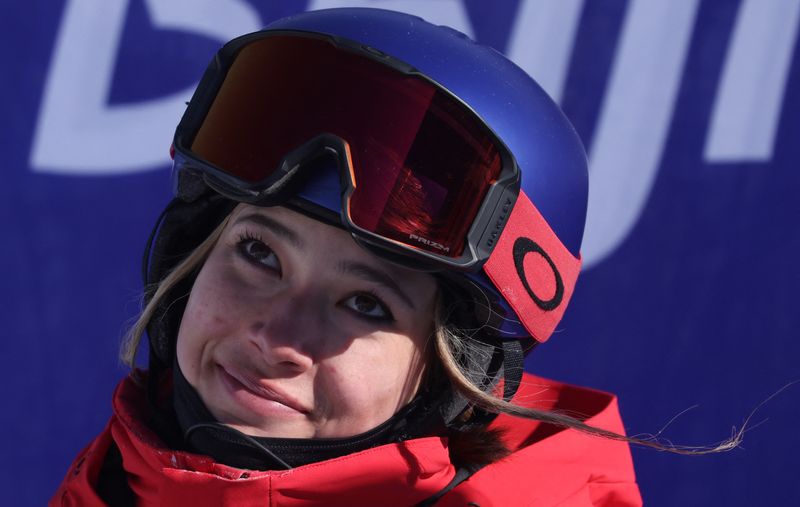