By Samuel Shen and Scott Murdoch

However, the plans are for initial public offerings (IPOs) of small size, ranging from $1 million to $35 million, and are unlikely to trigger a slew of sizeable debuts soon, as companies await more clarity on new offshore listing rules, bankers said.

Chinese firms raised $12.8 billion in the United States in the first seven months of last year, but the deals halted after the New York debut of Didi Global in late June triggered a regulatory backlash by Beijing.

That brought tighter scrutiny for all offshore listings.

Some smaller Chinese companies are now reviving efforts to sell shares in the United States, confident they are not targeted by the new rules seeking to block offshore listings by firms handling large amounts of data or posing national security risks.

His company filed a draft IPO prospectus on Jan 18 with the Securities Exchange Commission (SEC), aiming to raise up to $19.6 million via its Nasdaq listing later this year.

New rules by the Cyberspace Administration of China (CAC) take effect on Tuesday, requiring a security review of all platform companies with data on more than 1 million users before they list overseas.

The China Securities Regulatory Commission (CSRC) has also proposed setting up a filing system to tighten scrutiny of offshore listings.

These new rules came against the backdrop of China’s regulatory crackdowns in major sectors such as e-commerce and tutoring which have bashed shares in offshore-listed Chinese companies.

“The filings are too small to be of relevance. I don’t see any real easing any time soon,” said one equity capital markets banker based in Hong Kong, citing uncertainty about the rules, including security review for firms with data on more than 1 million users.

Chinese applicants, among which are software maker U-BX Technology and electronic components maker Ostin Technology Group, were enthused by positive signals recently from Chinese and U.S. regulators about such deals, company executives said.

“We have seen some positive gestures from the CSRC,” Hengguang’s Zhang said.

Some others are sanguine too.

“For a small-cap like us, I don’t think China’s new rules will have a big impact,” said Ling Tao, chairman of Ostin, which hopes to raise up to $15 million via a Nasdaq listing in March.

(Reporting by Samuel Shen in Shanghai and Scott Murdoch in Hong Kong; Editing by Clarence Fernandez) 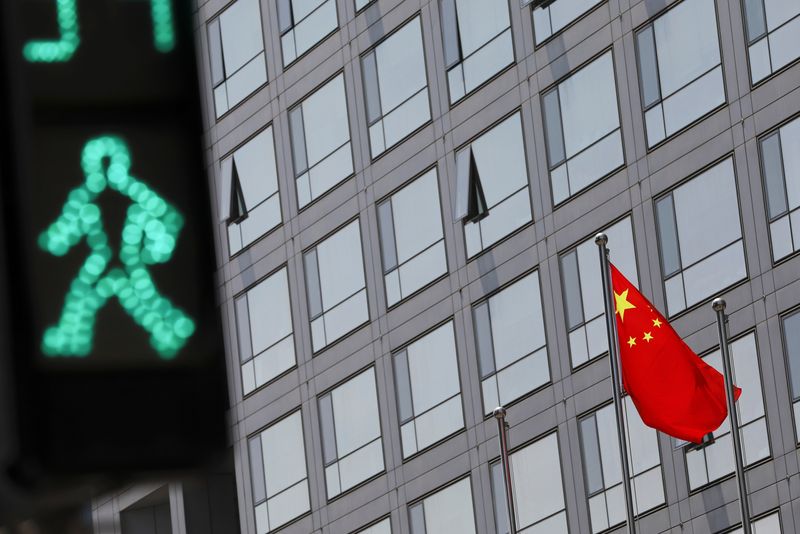