Canadian police made several arrests on Sunday and cleared protesters and vehicles that occupied the Ambassador Bridge in Windsor, Ontario, after a court order on Friday.

The bridge carries about $360 million a day in two-way cargoes – 25% of the value of all U.S.-Canada goods trade.

A Windsor Police official told reporters that 20 to 30 arrests had been made. Police also seized vehicles within the demonstration area, according to an earlier statement.

Police stepped up their presence on Sunday with more than 50 vehicles, including cruisers, buses and an armoured car, as the number of protesters dropped to around 45 from roughly 100 on Saturday. Windsor Police tweeted “there will be zero tolerance for illegal activity”.

In Ottawa, counter protests started blocking vehicles trying to join the protests on Sunday, with residents losing patience over the three-week-old demonstrations.

In the western Canadian province of British Columbia, the Pacific highway border crossing in Surrey was temporarily closed on Sunday afternoon, for a second day, by a group of about 200 protesters, according to a Reuters photographer on the scene. A small group of protesters gathered on U.S. side of the border, blocking incoming vehicles.


The “Freedom Convoy” protests https://www.reuters.com/world/americas/how-ottawas-anti-vaccine-mandate-protests-are-spreading-globally-2022-02-09, started in the national capital Ottawa by Canadian truckers opposing a vaccinate-or-quarantine mandate for cross-border drivers, entered its 17th day on Sunday. But it has now morphed into a rallying point against broader COVID-19 curbs, carbon tax and other issues, with people joining in cars, pick-up trucks and farm vehicles.

“We’re fed up, we’re tired. We want Ottawa to be boring again,” said an Ottawa resident at a counter protest in front of the city’s police headquarters.

The Canadian government had discussed whether to invoke special emergency powers https://www.reuters.com/article/us-health-coronavirus-canada-emergency-f-idCAKBN21442M to deal with the protests in the capital, Emergency Preparedness Minister Bill Blair told CBC News on Sunday. Blair said the lack of police enforcement in Ottawa was “inexplicable.”

The rarely used Emergencies Act would allow the federal government to override the provinces and authorize special temporary measures to ensure security during national emergencies anywhere in the country. It has only been used once in peacetime – by Trudeau’s father, former Prime Minister Pierre Trudeau – in 1970.

Strangling bilateral trade, protests have spread to three border points, including in Alberta and Manitoba. Canadian police have said the protests have been partly funded by U.S. supporters, and Ontario froze funds donated via one U.S. platform GiveSendGo on Thursday.

The estimated loss so far from the blockades to the auto industry alone could be as high as $850 million, based on IHS Markit’s data, which puts the 2021 daily flow in vehicles and parts at $141.1 million a day.

“Today, our national economic crisis at the Ambassador Bridge came to an end,” Windsor City Mayor Drew Dilkens said in a tweet. 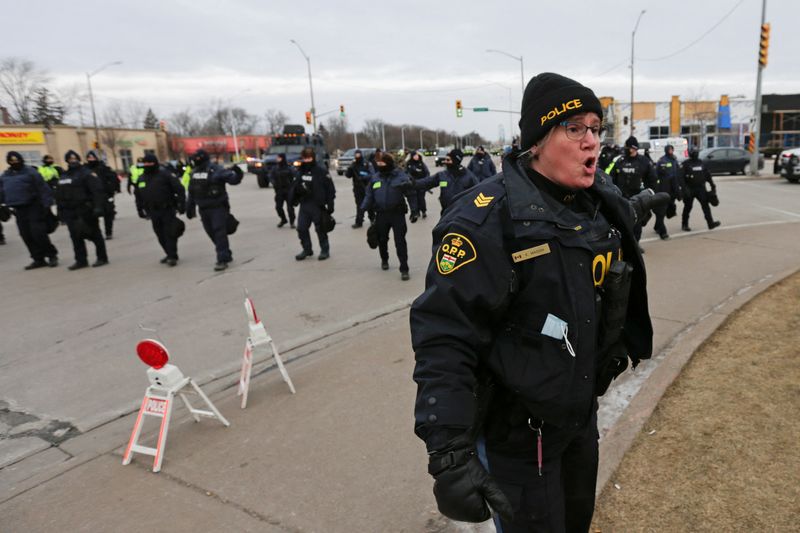 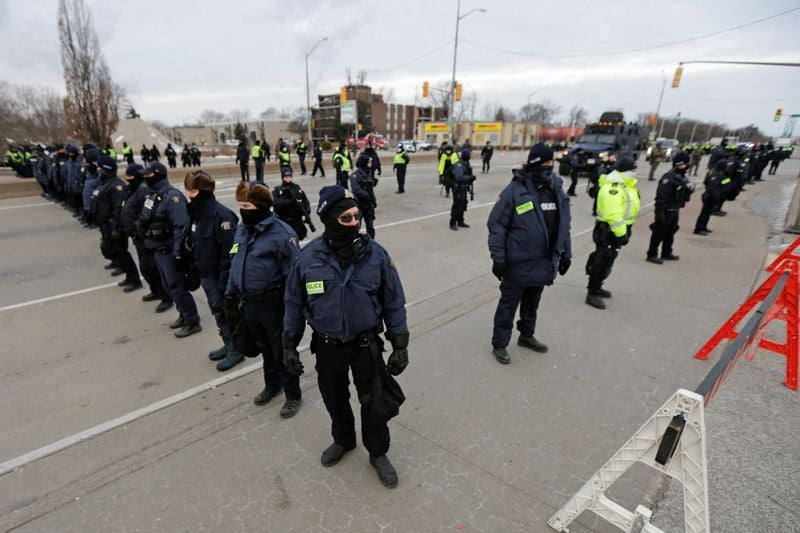 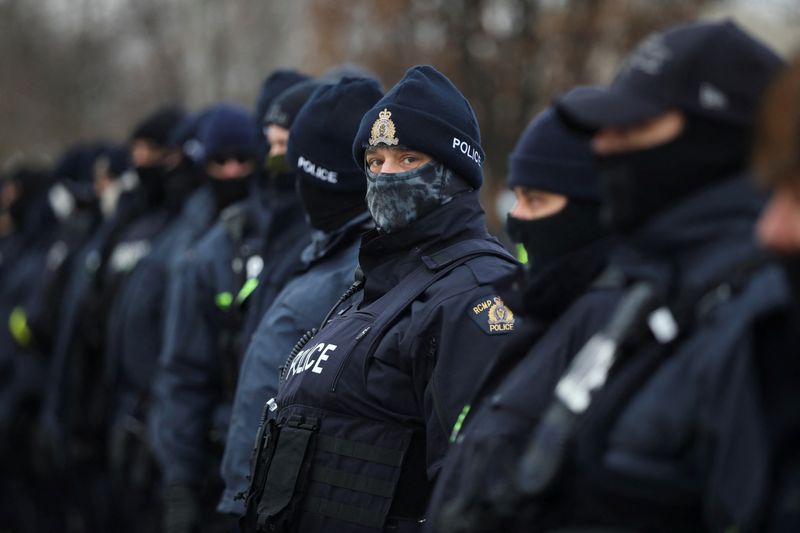 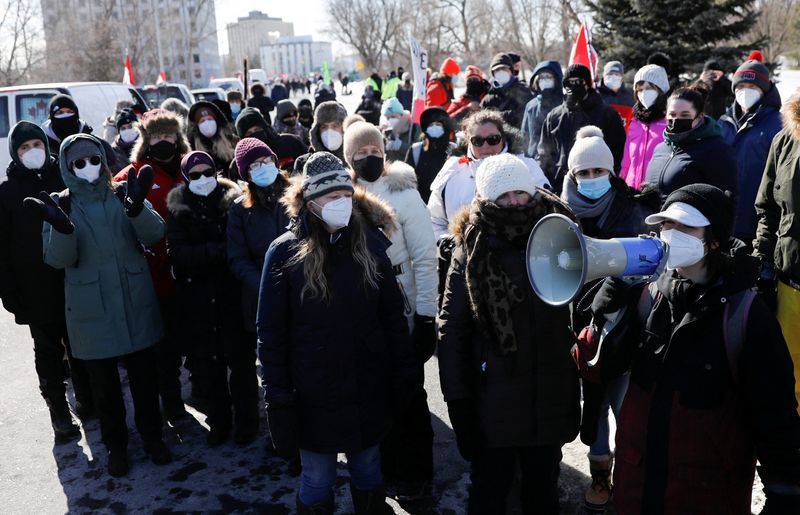 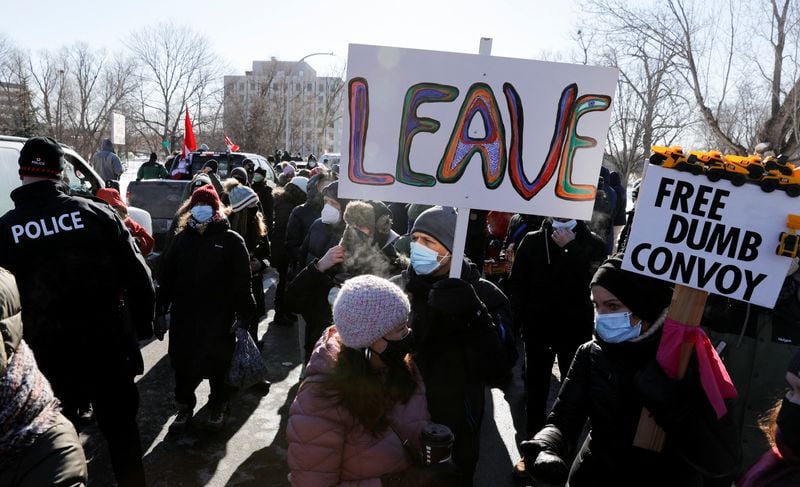 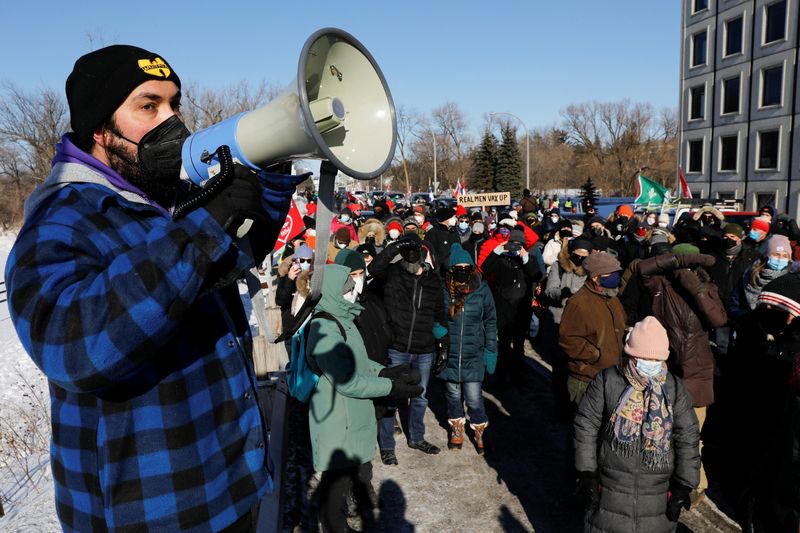 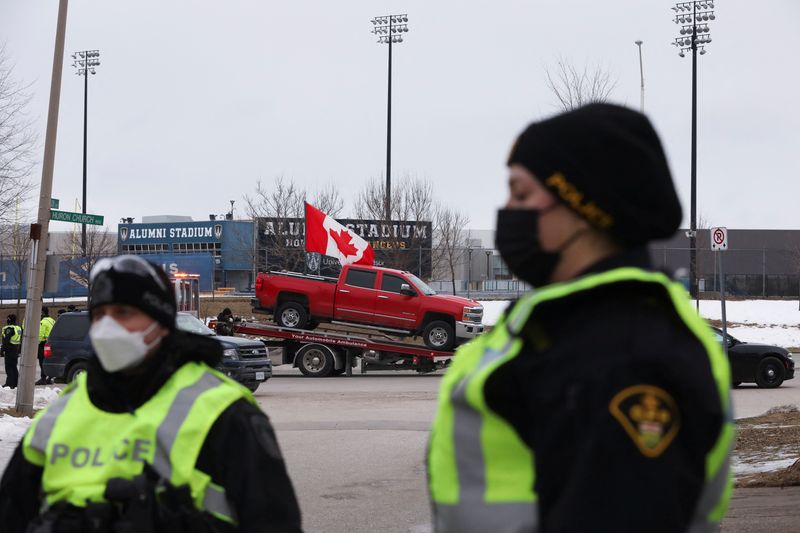 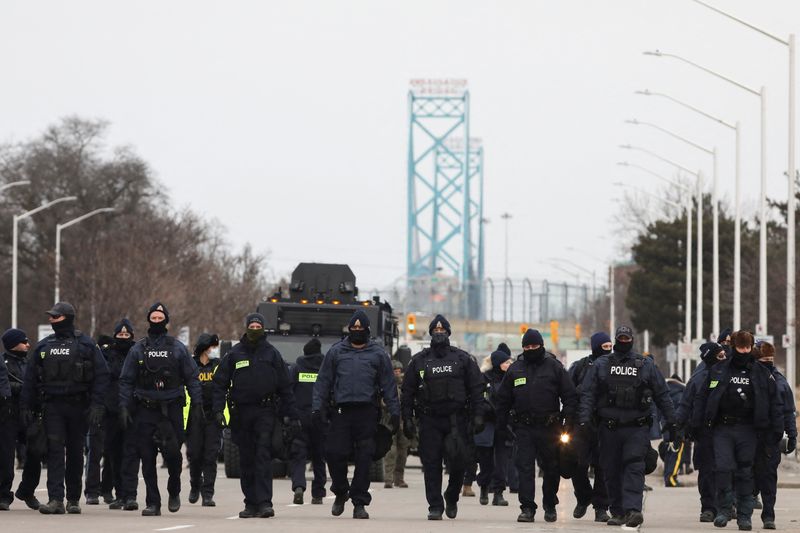 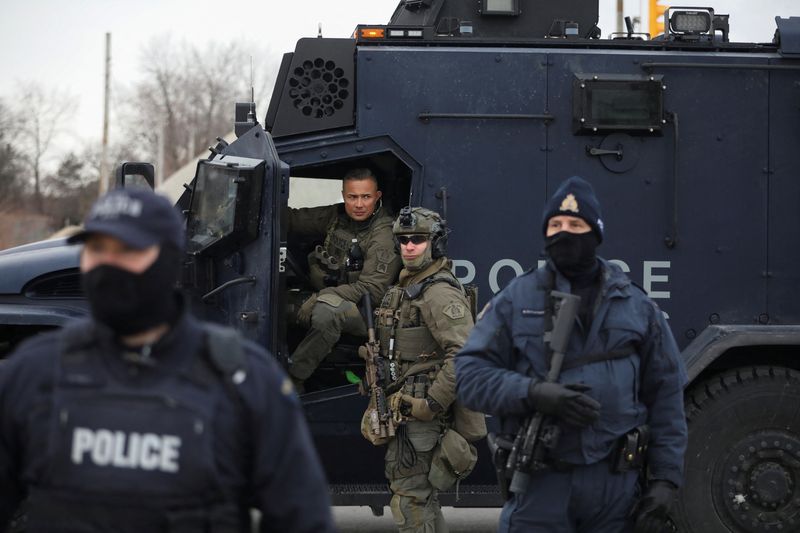