KYIV – Ukraine President Volodymyr Zelenskiy on Monday urged state officials, politicians, and business leaders who have recently left the country to return to Ukraine within 24 hours to show unity with the nation amid fears of an impending Russian invasion.

“It is your direct duty in such a situation to be with us, with the Ukrainian people. I suggest that you return to your homeland within 24 hours and stand shoulder to shoulder with the Ukrainian army, our diplomacy, and our people,” Zelenskiy said in a video address.

Ukrainian media reported that some lawmakers and top businessmen had fled the country last weekend after the United States, Britain and other Western countries advised their citizens to leave Ukraine urgently.

“Return to your people and to your country, which was the source of your factories and fortunes,” Zelenskiy said.

U.S. officials have been warning since Friday that an attack could happen any day.

“We have been told that February 16 will be the day of the attack, but we will make it the day of unity,” said Zelenskiy. 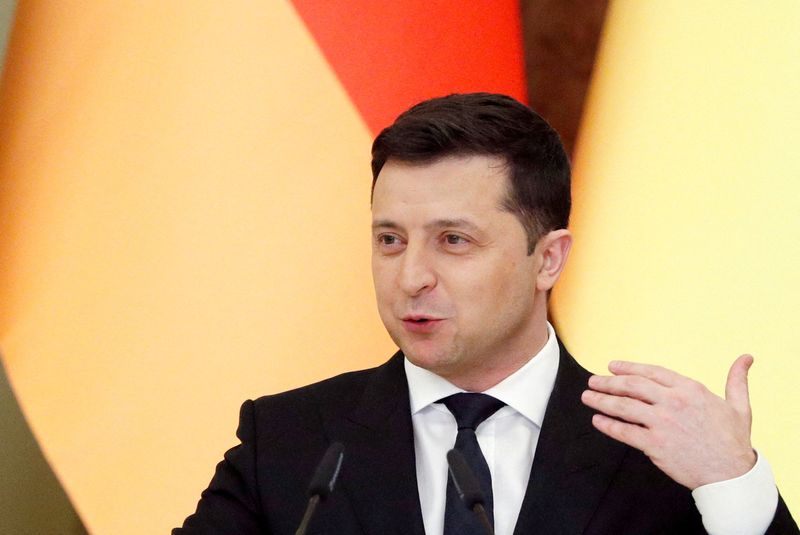