NEW YORK – A dramatic flattening in key parts of the U.S. Treasury yield curve is reflecting worries that the Federal Reserve has been too slow to raise interest rates and will now risk causing a recession by tightening monetary policy too aggressively.

The gap between yields on two-year and 10-year U.S. government debt is the smallest since July 2020 and compressed by 20 basis points after data on Thursday showed the strongest annual inflation in four decades last month.

Investors watch the yield curve for insight into the U.S. economy. An inverted curve, where rates on short-term government debt exceed those on longer-term debt, has reliably predicted past recessions.

In this case, investors believe the flattening yield curve reflects worries that the Fed has already let inflation get out of control by being slow off the mark in raising interest rates and risks hurting growth as it hurries to catch up.

“On the one hand, the market is saying this is what the Fed is going to be doing, and on the other side it’s saying ‘oh by the way, it’s going to be a mistake,’” said Tom Fitzpatrick, chief technical strategist at Citi.

Investors are now pricing in around 175 basis points of interest rate increases by next February and a 62% chance the Fed will raise rates 50 basis points at its March meeting. A rate hike of at least 25 basis points in March is fully priced in. [FEDWATCH]

The curve between two-year and five-year notes, which Fitzpatrick calls his “financial bible” because of its historical accuracy in forecasting the outcomes of Fed policy, briefly reached 30.4 basis points, from 66 basis points a month ago, and was last at 36 basis points.

Each time the yield gap has broken below the 31 to 33 basis point area in the past 25 years it has ended up inverting, as occurred in 2000, 2006 and 2019, Fitzpatrick said. Economic contraction and stock market declines followed each of these instances – with the most recent downturn caused by business closures in response to the pandemic.


Flattening between five-year and 10-year yields, where the spread currently is only nine basis points, also indicates the Fed has been too slow to act as the economy improves.

“The bond market is saying that we’re in a bit of a boom here and the Fed has a lot of work to do,” said Padhraic Garvey, regional head of research, Americas, at ING.

The two-year, 10-year yield curve is the most closely watched as a recession indicator, with an economic downturn seen as likely six months to two years after this part inverts. It reached 38 basis points on Monday, before bouncing back to 45 basis points.

But while that area is flat relative to the start of previous tightening cycles, another recession indicator, the spread between three-month bills and 10-year notes, is more encouraging, according to Deutsche Bank.

That part of the curve “tells us that the current shape of the yield curve is not too drastically different from the beginning of past tightening cycles, once the expected total number of hikes is factored in,” Deutsche Bank strategist Steven Zeng said in a report.

The spread between the two yields is around 160 basis points, while the market is pricing in 200 basis points of cumulative hikes by the time the Fed finishes its tightening cycle. If 10-year yields rise by 40 basis points during the rate hikes, “the curve would avoid a complete inversion,” Zeng said.

While the flattening curve is attracting attention, most market participants don’t see a recession on the horizon. Fund managers in a BofA Global Research survey, released Tuesday, named hawkish central banks as the top “tail risk” to markets. Expectations for a flatter yield curve were the highest since 2005, though only 12% of respondents said a recession will occur within the next year.

The Fed can also use the roll off or possible sale of bonds from its massive balance sheet to tighten conditions, or to re-steepen curves and give it more space to keep hiking rates.

“If you use the balance sheet and longer-end yields continue to push higher and the curve continues to steepen, that kind of validates that you can continue on your path in terms of short-term interest rates,” said Citi’s Fitzpatrick. 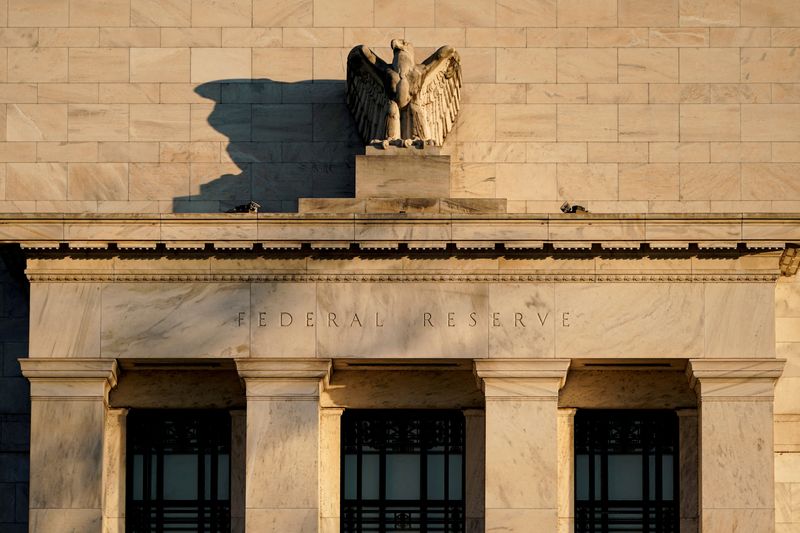