The local unit of French retailer Carrefour SA posted an adjusted net income of 766 million reais ($148.48 million), down 13.5% from a year earlier but above a Refinitiv Eikon analysts’ estimate of 738.2 million reais.

Its adjusted earnings before interest, taxes, depreciation and amortization (EBITDA) grew by 1.4% to 1.8 billion reais.

Sales measured by net revenue rose 4% to 20.6 billion reais, as its Atacadao unit posted a 6.4% growth in sales.

Operating expenses were at 2.5 billion reais, a 13.4% rise from a year earlier.

Carrefour Brasil reported its quarterly results after the acquisition of Grupo BIG Brasil for 7.5 billion reais was approved by Brazil’s antitrust regulator Cade in January.

In a separate securities filing on Tuesday, the company said the costs savings estimated from the deal were now seen 15% above its initial forecast, adding that its adjusted EBITDA will be increased by 2 billion reais on an annual basis in three years.

“Our multi-format, multi-channel ecosystem has strengthened further, and the closing of the acquisition of Grupo BIG, expected until June, whose synergy targets have been raised, should contribute to another year of growth in 2022,” said Carrefour Brasil Chief Executive Stephane Marquaire. 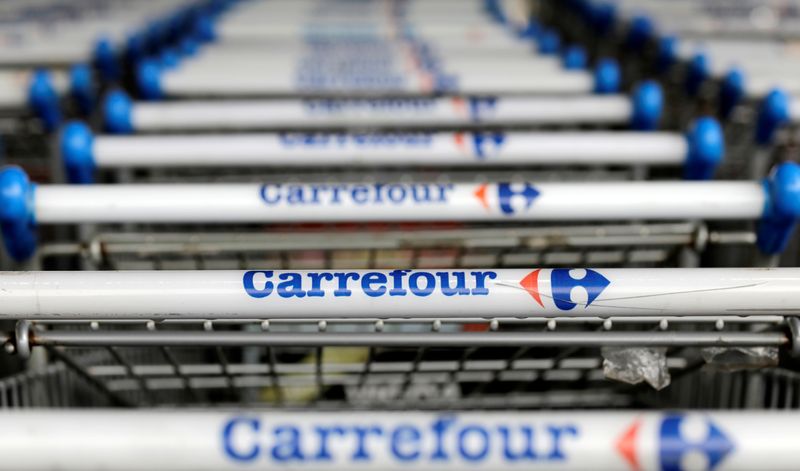