– Canada prevailed on Tuesday in a challenge to U.S. solar panel tariffs under the trade pact between Canada, the U.S. and Mexico, its trade minister said on Tuesday, ahead of planned talks with Washington over the dispute.

Mary Ng, Canada’s minister of trade and export promotion, said in a statement that she welcomed the findings of a U.S.-Mexico-Canada Agreement dispute settlement panel, “which unequivocally confirmed that U.S. tariffs on Canadian solar products are unjustified and in violation” of the trade pact.

Former U.S. President Donald Trump first imposed the “Section 201” safeguard tariffs on imported solar panels and cells in January 2018, but did not exempt Canada and Mexico from the duties. Canada argued that the tariffs violated the terms of the USMCA pact, which eliminates most tariffs among the North American partners, and sought a dispute settlement panel last year.

A spokesman for the U.S. Trade Representative’s office said the United States prevailed on some aspects of the panel’s decision.

“The U.S. appreciates that the panel reaffirmed the President’s authority to make exclusion determinations in safeguard proceedings,” USTR spokesman Adam Hodge said in a statement. “We will continue to review the report and work with Canada to resolve the dispute.”

President Joe Biden earlier this month extended the tariffs for another four years, but in a major concession to installers he eased the terms to exclude a panel technology dominant among big U.S. projects.

Biden’s proclamation also called for starting negotiations with Canada and Mexico to ensure that imports of solar products from the countries “do not undermine the effectiveness” of the tariffs, which were largely aimed at subsidized production from China.

Canada and Mexico were granted exemptions from U.S. tariffs on steel and aluminum first imposed by Trump, but those agreements contain provisions aimed at preventing “surges” of imports and products transshipped from other countries.


Ng said she welcomed the U.S. offer for talks, adding, “Canada will work toward the complete removal of these unjustified tariffs.” 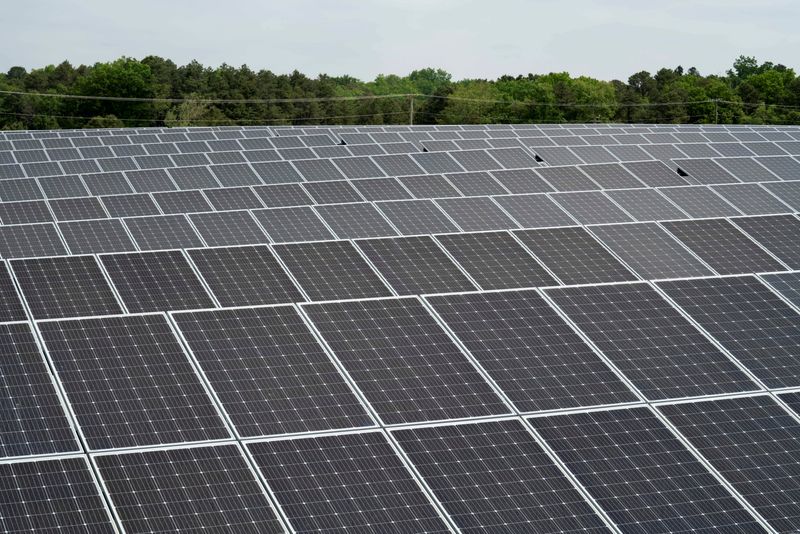