HONG KONG – A Chinese court has ordered the freezing of 640.4 million yuan ($101 million) in assets held by a subsidiary of China Evergrande Group, according to a filing by contractor Shanghai Construction Group.

State-owned Shanghai Construction, which sued the Evergrande unit in the southwestern city of Chengdu in December for overdue construction fees, cited the Guangzhou Intermediate People’s Court ruling that the assets to be frozen will include bank deposits and real estate.

Separately, Shanghai Construction Group said last week a local court in Guangzhou has frozen 361.5 million yuan of assets of a different Evergrande unit in the central province of Jiangsu for overdue payments.

Many suppliers and contractors have launched legal actions against Evergrande, the world’s most indebted property developer with over $300 billion of liabilities, over missed or late payments.

A growing number of construction and decoration companies are also writing off assets or issuing profit warnings as debt woes at Evergrande and other property developers debilitate their suppliers.

To better oversee and manage the debt restructuring of Evergrande by the authorities, all lawsuits against the developer across the country have been centrally handled by the Guangzhou Intermediate People’s Court since around August.

Evergrande declined to comment on the lawsuit with Shanghai Construction Group.

Company chairman Hui Ka Yan told an internal meeting earlier this month the firm aimed to fully restore construction work across China in Feb, compared with 93.2% at the end of last year, with a goal of delivering 600,000 apartments in 2022.

He added the firm needs to clear its debt by fully restoring construction and sales activities and not by selling off assets on the cheap. 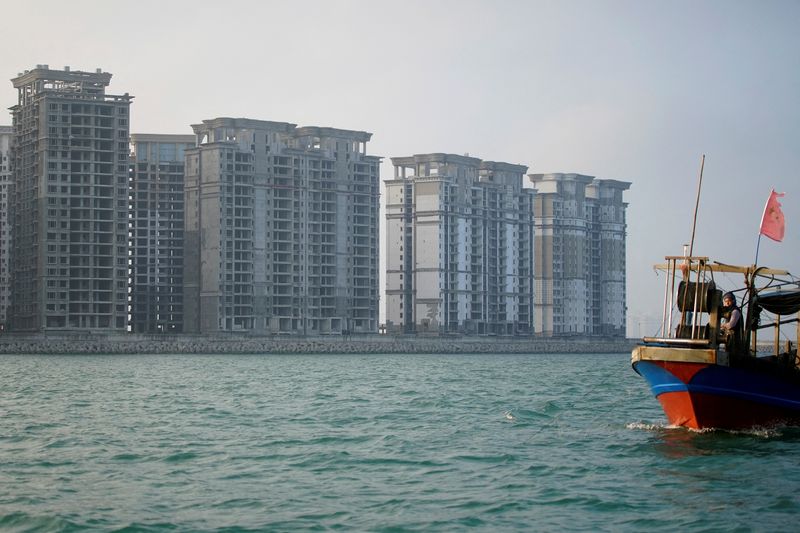