ST PAUL, Minn. -Tou Thao, one of three former Minneapolis police officers on trial for violating George Floyd’s civil rights, told a jury on Tuesday he did not realize Floyd was dying as an officer knelt on his neck for more than nine minutes.

Testifying in his own defense at a federal trial that hinges on when police should intervene in colleagues’ misconduct, Thao said he assumed Floyd’s heart must still be beating because he never saw the other officers try to revive the 46-year-old handcuffed Black man, as their training demanded.

Thao, 36, is accused with J. Alexander Kueng and Thomas Lane of willfully violating Floyd’s right to receive medical care as he lay dying, unable to properly breathe facedown beneath the knee of their former colleague, Derek Chauvin. Thao and Keung face a second count of depriving Floyd of his rights in their roles as government officials by failing to stop Chauvin’s use of excessive force.

Cellphone video of the arrest on May 25, 2020, led to protests against racism and police brutality around the world. Chauvin, who is white, was convicted of Floyd’s murder last year at a separate state trial.

Thao took the stand in U.S. District Court in St. Paul to convince jurors that he handled a chaotic scene in accordance with his training and with concern for the well-being of Floyd and the arresting officers. His testimony marks the first extensive public comment by any of the officers involved in the arrest. His two co-defendants say they will also testify.

Thao can be seen on videos a few steps away from Floyd, keeping back horrified onlookers who scream at police to check Floyd’s pulse as he falls unresponsive. The arrest occurred outside a grocery store where the man was accused of using a fake $20 bill.

Questioned by his lawyer, Robert Paule, Thao said he believed that Chauvin and the other two officers, who were pinning down Floyd’s legs, were checking Floyd’s pulse, and was falsely reassured by seeing none of them stop to perform cardiopulmonary resuscitation.

“Logically, if they’re not doing CPR, I assume he’s still breathing and fine,” Thao testified, agreeing with his lawyer that police are trained to start CPR as soon as possible if they cannot find a pulse.

Floyd received no medical aid until after his limp body was lifted into an ambulance, several minutes after he fell unresponsive.

Thao testified that he had confirmed with other officers that an ambulance had been called, and saw his role as a “human traffic cone,” making sure oncoming traffic steered clear.

Jurors watched video from Thao’s body-worn camera that shows Thao arriving to find Kueng and Lane struggling to get a handcuffed Floyd to stay in the back of a police car. Floyd screams repeatedly that he is claustrophobic and cannot breathe.

“Not to besmirch, but I’ve never seen this much of a struggle,” Thao testified, saying he had been an officer for eight years by that time. “It was obvious that he was under the influence of some kind of drugs.”

He said Floyd was incoherent and impossible to calm, and he feared the man might be having a dangerous reaction to drugs. A medical examiner, who ruled that Floyd was killed by the police restraint and neck compression, found fentanyl and methamphetamine in Floyd’s blood.

Thao said it was normal during training sessions to see an officer using a knee near the neck to pin down a person they were arresting. Jurors were shown photographs of Thao and his classmates using such restraints.

“Were you ever instructed that using knees was improper technique?” Paule asked his client.

Over three weeks of witness testimony, prosecutors have sought to show the jury that all three men were well trained in their duty of care to the public. In cross-examination by prosecutor LeeAnn Bell, Thao agreed on Tuesday that he had an obligation to intervene if he saw a crime, and that it was a crime for a police officer to use excessive force.

“You don’t get a pass just because you’re a police officer, right?” Bell asked. Thao agreed.

Thao told the jury he grew up in a poor, refugee household: His parents, members of the Hmong ethnic group, fled to Minnesota from Laos.

He said he was inspired to become an officer when, as a child, he let Minneapolis police into his house to arrest his father for threatening Thao and his mother with a gun.

According to court filings based on police records, Thao was cited at least seven times while being trained in the field over several months in 2012 for shirking his duties, sometimes pretending not to see violations of the law in order to minimize his workload. 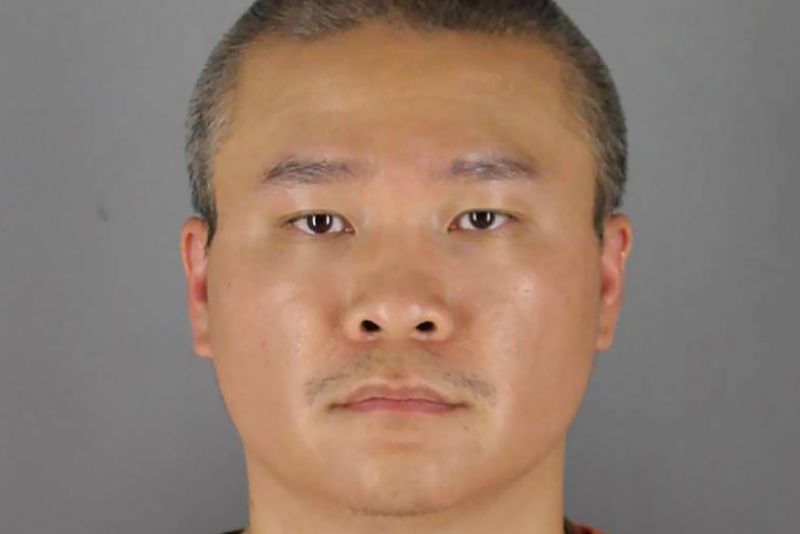