By Anton Zverev and Tom Balmforth

MOSCOW -Russia’s lower house of parliament voted on Tuesday to ask President Vladimir Putin to recognise two Russian-backed breakaway regions in eastern Ukraine as independent and the European Union told Moscow not to follow through.

The move by the State Duma, if approved, could further inflame a wider standoff over a Russian military build-up near Ukraine that has fuelled Western fears that Moscow could attack. Russia denies any invasion plans and has accused the West of hysteria.

Recognition of the self-declared Donetsk and Luhansk People’s Republics could kill the Minsk peace process in eastern Ukraine, where a conflict in the region known as Donbass between government forces and Moscow-backed separatists has cost 15,000 lives.

“Kyiv is not observing the Minsk agreements. Our citizens and compatriots who live in Donbass need our help and support,” Vyacheslav Volodin, the State Duma speaker, wrote on social media.

Volodin, a member of the pro-Putin ruling United Russia party, said the appeal would be sent to the Kremlin immediately. It was not clear how long the Kremlin would take to review it.

Ukraine’s Foreign Minister Dmytro Kuleba told reporters: “If the decision on recognition is taken, Russia will de facto and de jure withdraw from the Minsk agreements with all the attendant consequences.”

At a news conference in Moscow, Putin declined to be drawn out on how he plans to respond. He said Russians were sympathetic to the residents of the Donbass region, but he wanted the regions’ problems to be resolved through the Minsk accords.

Moscow casts the conflict in east Ukraine as a civil war, but Ukraine and the West say Russia helps the separatists with its own ground forces, something Moscow denies.

Russia has issued more than 700,000 passports to residents of eastern Ukraine since separatists seized territory there in 2014 shortly after Russia annexed Crimea, souring relations with Kyiv and the West.

Kremlin spokesperson Dmitry Peskov declined to comment on the substance of the parliament’s appeal, saying that no decision had been taken on it. But he added that the pro-Russian separatist region was a matter of great concern for Russians.

He said that Russia had repeatedly demonstrated its commitment to the Minsk peace process and that it still wanted it to be implemented.

The European Union’s top diplomat warned Moscow against recognising the regions, saying it would be a clear violation of the Minsk agreements and that Brussels supported Ukraine’s independence and sovereignty.

Recognising the regions is one of several options that Russia “want to have in place in order not to cramp their style when they choose to respond to whatever the U.S. may do over the next few days,” said Keir Giles, an associate fellow at Chatham House.

Four-way peace talks between Ukraine, Russia, France and Germany were held last week but ended without a breakthrough.

After the talks, Ukraine said it would not yield to pressure from Moscow to negotiate directly with the separatists, while Russia accused Kyiv of putting forward absurd proposals. 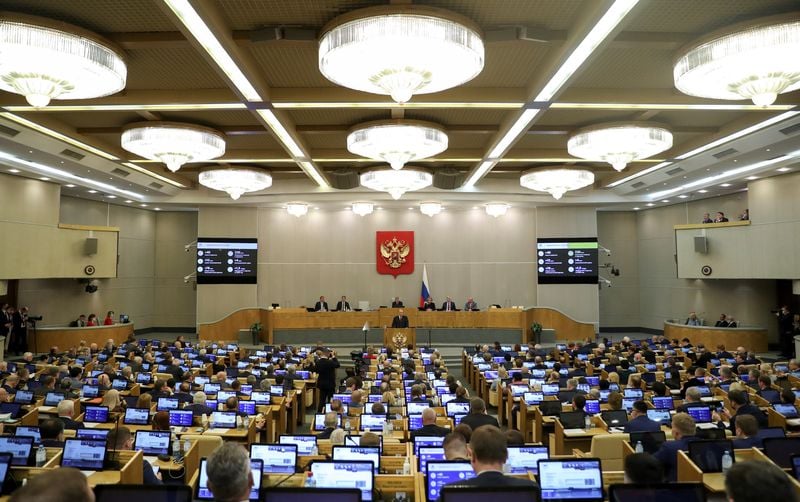