-Novak Djokovic is prepared to miss the French Open and Wimbledon rather than have a COVID-19 vaccination but is not an anti-vaxxer, the world number one said in his first interview since his failed attempt to play at the Australian Open.

After an 11-day rollercoaster involving two visa cancellations, two court challenges and five nights in two stints at an immigration detention hotel, the unvaccinated Djokovic was deported before the tournament began.

The debacle deprived the 34-year-old the chance to win a record-extending 10th Australian Open and a men’s record 21st Grand Slam title.

Instead career-rival Rafa Nadal won the title and moved to 21 and with Djokovic unwilling to have a vaccine limiting where he might be able to play, the Serb is jeopardising his dream of ending his career with the most Grand Slam titles.

“I understand the consequences of my decision,” Djokovic told the BBC, adding that he had been prepared not to travel to Australia due to his unvaccinated status.

“I understand that not being vaccinated today, I am unable to travel to most of the tournaments at the moment. Yes, that is the price that I’m willing to pay.

“Because the principles of decision making on my body are more important than any title or anything else.”

Encouragingly for Djokovic’s hopes of trying to defend his French Open and Wimbledon titles, travel rules in France and Britain have been eased for unvaccinated travellers and they no longer need to undergo quarantine.

His prospects of playing in the United States, including the U.S. Open, look bleak at the moment, however, as vaccination certificates remain compulsory.

Defending his right to shun vaccines, Djokovic, who follows a strict diet, said: “I just don’t have enough clarity of how the COVID vaccine will affect me and whether it’s going to create a certain effect on my game and I wouldn’t have the benefits that I would normally have.”

However, he said he respected the global vaccine programme and did not entirely rule out having a jab in the future.

“I understand that globally, everyone is trying to put a big effort into handling this virus and seeing, hopefully, an end soon to this virus,” he said.

“As of today this is kind of my decision and my stance and I know I will suffer the consequences. I keep my mind open and you know, we’ll see what happens.”

Djokovic fuelled widespread anger in Australia when he was given a medical exemption from mandatory COVID-19 vaccination to compete at Melbourne Park on grounds that he had recently contracted the virus.

But he was detained by immigration authorities on arrival, released by a court order and then detained again before eventually being deported.

The case stoked global debate and Australian Immigration Minister Alex Hawke said Djokovic could be a threat to public order in the country because his presence would encourage anti-vaccination sentiment.

“I have never said I am part of that movement. No-one in the whole process, during Australian saga has asked me for my stance or opinion on vaccination. No-one,” Djokovic, who insists he had followed all the rules in travelling to Australia, said.

“I was really sad and disappointed with the way it all ended for me in Australia.

“The reason why I was deported from Australia was because the Minister for Immigration used his discretion to cancel my visa based on his perception that I might create some anti-vax sentiment in the country or in the city, which I completely disagree with.”

He did apologise for meeting a French journalist for an interview before leaving for Australia, having already had a positive COVID-19 test result, saying suggestions he did not take the virus seriously were wrong.

“Should I have advised them? Absolutely. It was my mistake and I own it.”

Djokovic, who is set to return to action in Dubai next week, was also asked about his time in the detention hostel.

“Definitely it wasn’t pleasant, but I don’t want to be sitting here and complaining because I stayed around seven days and some people there have stayed for years. It has deeply touched me.

“My hardship was nothing close to what these people are going through.”

Djokovic also said he had found it hard to watch the final.

“I didn’t want to watch the match because I wanted to be on the court,” the Serb said. “I was very neutral, I didn’t cheer for anyone as I wanted to be there so badly.” 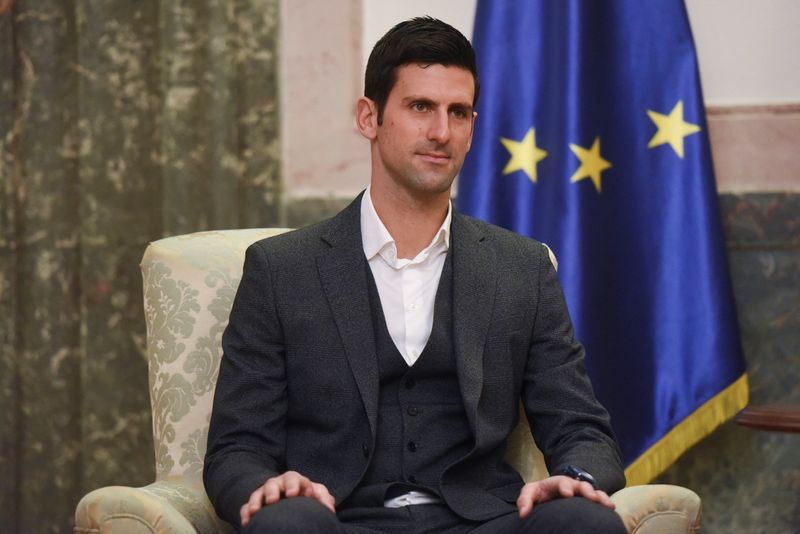