WASHINGTON -U.S. Treasury Secretary Janet Yellen will urge her G20 counterparts to work towards ending the COVID-19 pandemic in developing countries and ensuring they have the resources needed to support an equitable recovery, a U.S. Treasury official said on Tuesday.

Yellen is due to participate virtually in the meeting of finance ministers and central bank governors from the Group of 20 major economies on Thursday and Friday.

The U.S. Treasury official laid out U.S. priorities for the meeting, which comes as COVID-19 Omicron variant cases are receding in many wealthy countries but are still rising in many developing countries. Host country Indonesia reported a daily record 57,049 new cases on Tuesday.

Southeast Asia’s most populous country had initially planned an in-person G20 finance meeting in Bali, but the venue was moved to Jakarta in January when it became a hybrid gathering with many officials participating virtually.

Yellen will urge the G20 to tailor their policies to individual country circumstances to secure an inclusive recovery and to close the gap in vaccine access for poorer countries, the official said.

This includes supporting efforts by the World Bank, the International Monetary Fund, the World Health Organization and the World Trade Organization to address global bottlenecks in the deployment of vaccines, therapeutics and diagnostics, the official said.

Yellen also will urge G20 countries to support a proposed global fund housed at the World Bank to invest in pandemic prevention and preparedness, with its estimated $75 billion cost a “bargain” compared to COVID-19’s global economic and human costs.

Yellen also will express confidence that momentum will be maintained among 136 countries to finalize an agreement for a 15% global minimum corporate tax this year, so that it can be put into force in 2023.

“Secretary Yellen expects they will be part of any Build Back Better bill passed,” the official added, referring to U.S. President Joe Biden’s social and climate investment bill, which is currently stalled in Congress.

(Reporting by David Lawder and Andrea ShalalEditing by Chris Reese and Lincoln Feast.) 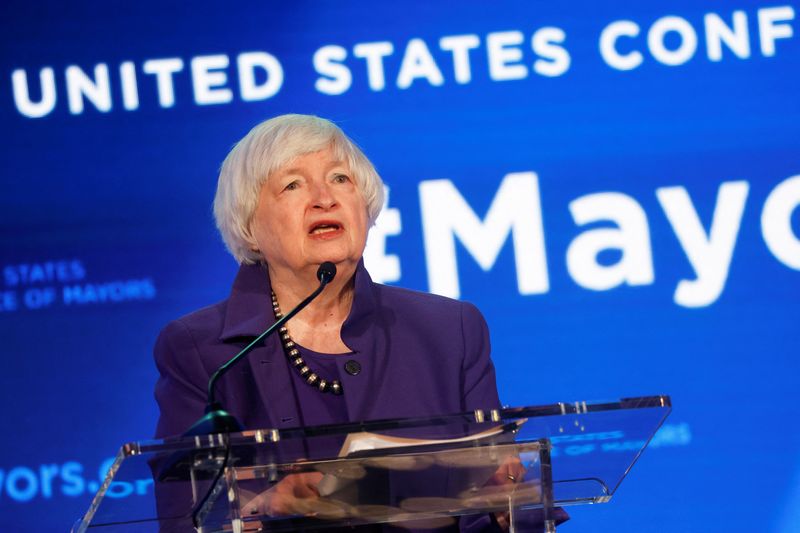