The producer price index (PPI) increased 9.1% from a year ago, the National Bureau of Statistics (NBS) said in a statement on Wednesday, slower than the 9.5% growth tipped by a Reuters poll and a 10.3% gain in December. It was the weakest pace since July.

While producer prices in the world’s second-largest economy remain elevated thanks to critical supply issues and home and abroad, China’s relatively benign consumer inflation contrasts with cost pressures seen in most other economies.

Analysts believe cooling inflation could provide room for the People’s Bank of China (PBOC) to ease policy to support the slowing economy, even as major central banks elsewhere tighten policy.

China’s consumer price index (CPI) inched up 0.9% last month from a year earlier. Economists in a Reuters poll had expected a 1% rise following a 1.5% uptick in December.

“Lower inflation reflects the weak domestic demand,” said Zhiwei Zhang, Chief Economist at Pinpoint Asset Management. “Macro policies have turned more supportive but it takes time for the impact to be transmitted to the economy.”

The Chinese economy, particularly its vast manufacturing sector, has struggled with elevated production costs due to high global energy prices.

China’s state planner earlier this month said global inflation is likely to persist for some time, but expressed confidence in the country’s ability to cope with abnormal price fluctuations.

The PBOC has cut interest rates and pumped cash into the financial system to lower borrowing costs, with more easing steps expected.

The scope to ease is a rare luxury enjoyed by China, in contrast to developed central banks, which have either begun raising interest rates or are widely expected to this year.

At the same time, policymakers are wary of loosening credit conditions too much and too fast, which could re-ignite speculation-driven spikes in property prices.

The property sector has cooled due to curbs on borrowing by developers and increasingly wary buyers.

“On interest rate cuts, policymakers do not want to undo all the results they achieved last year in the property market,” said Nie Wen, chief economist at Hwabao Trust.

“They finally managed to curb the fast-rising (property) prices, so any cuts to interest rates will be structural and aimed at supporting the real economy, rather than further stimulating the property market.” 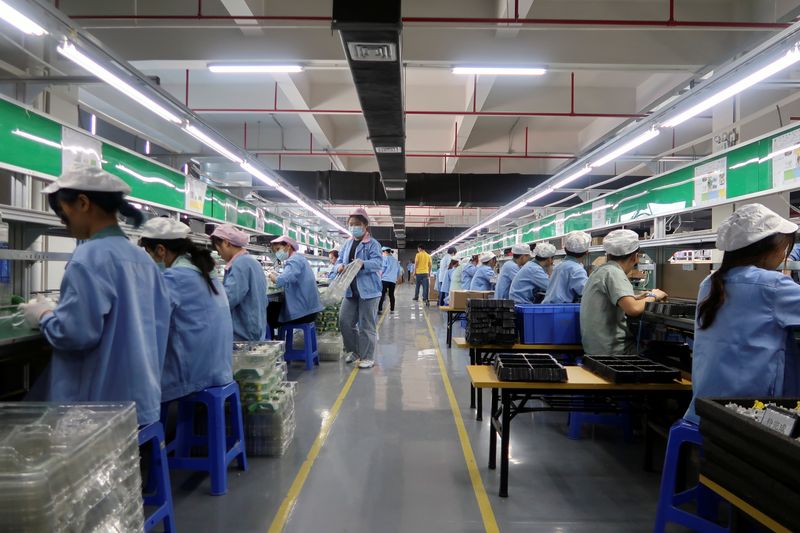